All about A New Dawn Over Mulberry Lane by Rosie Clarke 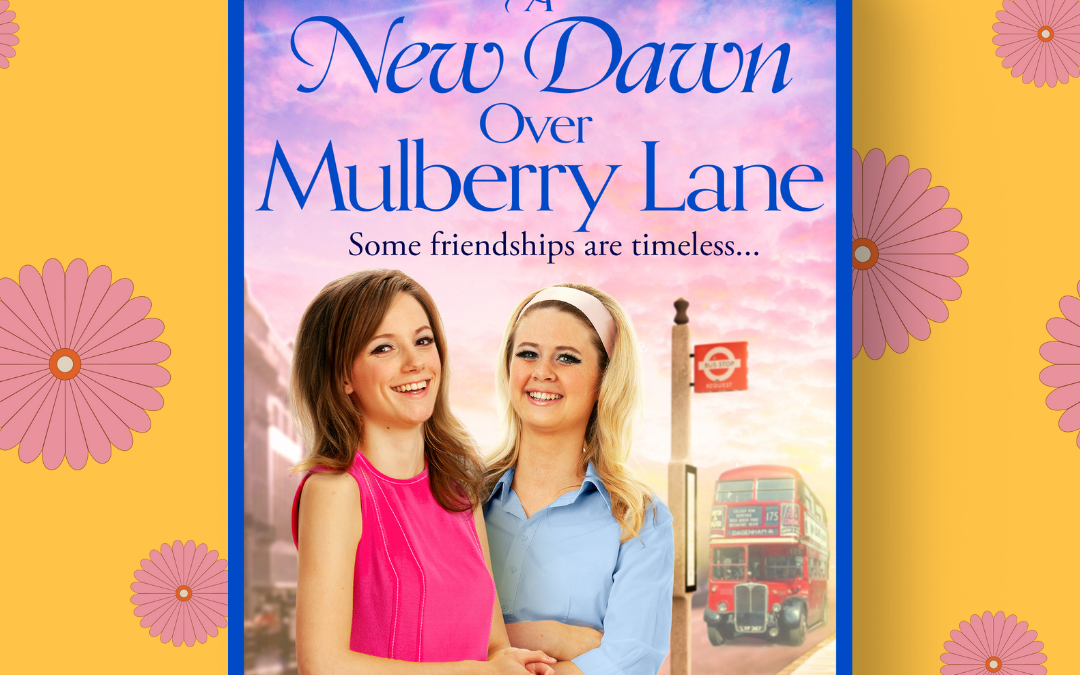 Maggie is eighteen now and she has a burning ambition to follow in Granny Peggy’s footsteps and run the Pig & Whistle – but she has lots of new ideas for the future.  Maggie wants to introduce a more modern menu and to liven the atmosphere.  Peggy isn’t sure it will work but she likes the idea of having her granddaughter around.  Fay, her youngest daughter, is interested in baking special cakes too and they make plans together.

Fay’s twin Freddie also has an ambition – to play for Manchester United football club.  When he is given the chance of a trial with a second division cub, he turns it down, because he doesn’t like the scout who approached him.  Will Freddie get another chance – and what will happen if he does? Is Freddie mature enough at sixteen to make the right choices?

Maureen’s husband is taken suddenly ill and she fears she will lose him. Shirley – their daughter – returns from the hospital she has been training and working in as a junior doctor to take up a position in General Practice in London, but has she left her heart behind?  Her enthusiasm for helping those in need may lead her into trouble – is there a happy outcome in sight for Shirley and will she take it if offered?

Once again it looks as if Janet’s marriage is in difficulty.  Can Janet resist the urge to be unfaithful and can Peggy help them keep their life together?  Her own life is easier than it has ever been, but can Peggy and Able enjoy the fruits of their labours or will life be too hard for those they love?  As they struggle to help friends and family, can they find a way to save a small boy from his own unhappiness?

Maggie is a beautiful girl with no shortage of admirers, but she has a sensible head on her shoulders and her sights are set on making a big success of the restaurant she wants to run at her grandmother’s pub.

Fay is two years younger than Maggie, pretty and mischievous.  She wanted to be a great ice skater but her weak ankles have scuppered that ambition.  Now she wants to bake special cakes and gourmet foods.  She and Maggie find they get on well these days and make plans for a new business together.  They are both too young for romance or marriage and want to make a success of their careers – but that doesn’t stop them having a giggle together over various young men.

Freddie is becoming a deep thinker and a caring young man. He isn’t quite certain what he wants to do with his life and his choices may surprise those around him.  He has always been mad about football but when the chance comes what will he choose?

Janet is going through a mid-life crisis.  Her marriage to Ryan seems to have hit another rocky patch but this time it may not be Ryan’s fault.  Janet is restless and considers an affair with an unsuitable young man.  What she really needs is something to fill her time – but perhaps she should concentrate more on being a mother to her young son?

Get your copy of A New Dawn Over Mulberry Lane below: