An interview with Charlie Cameron 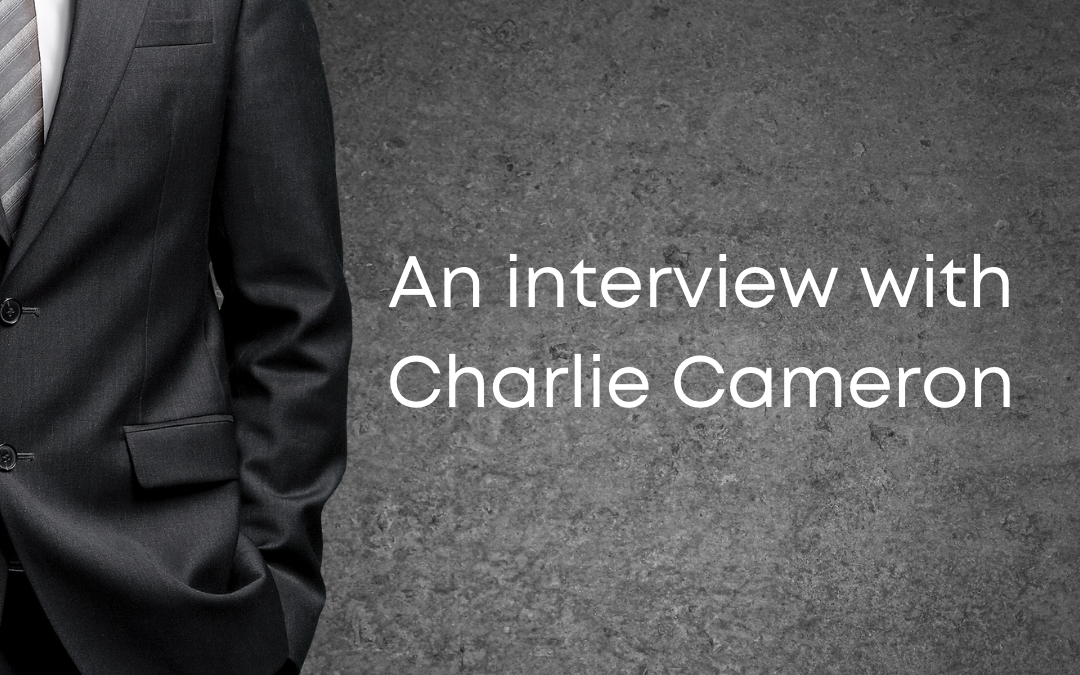 Q. How did you meet Owen Mullen?
A. Starting with the difficult questions first. Okay. The truth is he just showed up one day and started moving my life around. At first I wasn’t comfortable – I was thinking ‘Who does this guy think he is?’ It seemed that every time I turned round he was there. After a while I relaxed and decided to just go with it. And to tell the truth, I got to quite like him.

Q. Do you ever disagree with Owen?
A. Of course. It’s natural to have creative differences. There was a period, early on, when just about everybody involved thought it wasn’t going to work, One night, shortly after he arrived, we had a meeting: me, Andrew, Jackie and a few of the others. At one point it got pretty heated. A couple of characters wanted to tell him where to go. I persuaded them to give Owen a chance because, in the end, we realised we were all trying to achieve the same thing: great books and a great series. We agreed to let him believe he was calling the shots and keep our heads down.

Q. Give us an example of a creative difference you have had with the author.
A. Sure. Owen wanted me to have a thing with Jackie. He didn’t get it. We’re friends not lovers. So we decided to have a feud over the office I have in NYB. Jackie was great doing her nippy sweetie impersonation. Pretty soon even Owen realised it wasn’t going to happen. The best part is: he doesn’t know. That’s the thing with writers. Just because they create you they get the idea it’s all them. Dream on, Mullen. Another example: He suggested that Pat Logue get a job. Patrick? C’mon. Pat’s a rolling stone. His life is dedicated to staying outside the mainstream. It didn’t happen. I’ll let you reach your own conclusions.

Q. So the characters have a big influence on the storyline?
A. Yes, but don’t tell Owen. He’s a great writer with lots of ideas, but like all writers, even good ones, he sometimes drops the ball. When that happens I step in and whisper in his ear. That usually sorts it.

Q. Interesting. Let’s talk about you. What makes you a good PI?
A. In a word, persistence. I never give up and it isn’t ego. I understand the pain the family and friends go through when someone they love is missing. That drives me. Some fictional characters have talents bordering on superpowers. Sherlock Holmes comes to mind. That isn’t me. Holmes is brilliant but after a while he grates. I guess because nobody likes a smart-arse. I’m tenacious. Ask Sean Rafferty if you don’t believe me.

Q. Have you ever considered being a policeman?
A. Never. I’m not good at toeing the line and prefer to go my own way. My father will tell you all about that. I’ve always worked better outside of the mainstream. No bosses.

Q. If you weren’t a PI what would you do?
A. Well it couldn’t be anything nine to five. And given the scrapes I get in and out of, I must enjoy danger. So, a spy. Jason Bourne would fit the bill How about him?

Q. How do you get on with the other characters?
A. Fine. Just as well because so much of my time is spent with them. They’re good people. We have a bond between us probably due to going through the same experiences. I certainly wouldn’t want to lose them. Imagine if I woke up and found myself in another story – maybe even another time – surrounded by strangers. That would be a nightmare, wouldn’t it?

Q. So you’re happy to be in the series for the foreseeable future?
A. Why not? I’m successful at what I do and there’s no shortage of women. Got to thank Owen for that. And the series is growing in popularity. No reason to change a winning team, as Pat Logue might say.

Q. Speaking of women, which one is your favourite? I’m guessing Kate Calder and her snakeskin boots.
A. A gentleman never tells and besides, I have to live with these women.

Q. The books are set in Glasgow. Wouldn’t you rather be in a more glamorous setting. Somewhere with sun. Miami or LA?
A. Absolutely not. I love Glasgow. Almost everybody you meet has a story and is willing to share it. It’s a city with a big heart. Okay, the weather isn’t great but the people are warm and generous and witty. Don’t underestimate it. Glasgow has a lot going for it.

Q. Last question. How many more will there be in the series?
A. The short answer is I don’t know. Whistle Blower lets us see Rafferty’s really no different to his father – just wears better suits. It’s scheduled to be published on the 12th of August. That’s followed by a real hard-hitter; where I show just how smart I can be and Rafferty sinks to an all-time low for viciousness in The Accused on 21st September. I think both of those are on presale, might be worth checking that out. After that, Owen has touted two more ideas he has. We have a couple ourselves, so I expect we’ll be around for a while. Really it depends on how long people want to read about the cases and our adventures. The reader is the most important person in all of this. Not Owen Mullen, not Charlie or Patrick or…Look I need to disappear. I hear Owen coming downstairs. Now remember, the less he knows the better. All right?