Beauty on Ration – How The Tobacco Girls coped 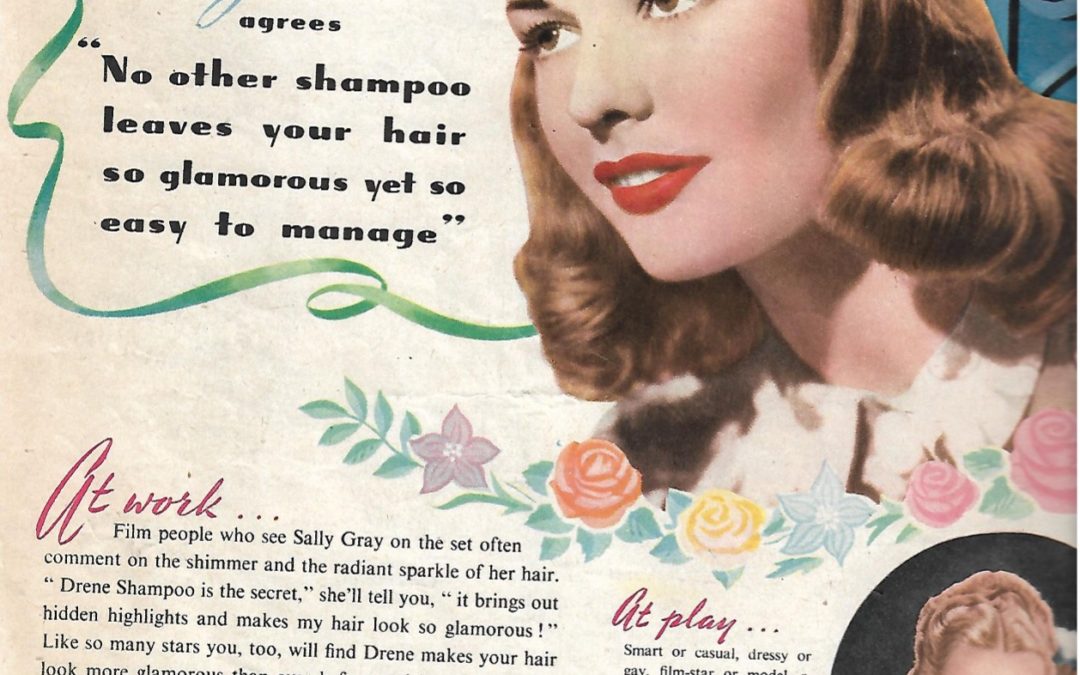 ‘Keep young and beautiful it’s your duty to be beautiful,

Keep young and beautiful if you want to be loved…’

The lines of that old song had to have been written by a man.

The tobacco girls liked to look their best but with the advent of war cosmetics, clothes and even soap were in short supply.

So how did they cope if they didn’t want to queue or dash for the beauty counter when a supply of lipstick, face powder or even shampoo was imminent?

Compromise. They made do with what they had to hand. So what did they use?

Let’s start with a woman’s crowning glory – her hair. 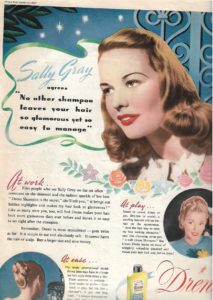 I recall Vaseline shampoo. Unlike modern shampoos it came in powder form in a sachet and had to be mixed in a jug with water. That’s if you could get it.

Number one for glossy hair was rainwater. It’s very soft as opposed to tap water which comes from reservoirs and tends to be seasoned with the local soil – horrific when it’s limestone. If I fail to use a conditioner, my hair resembles a halo of wire wool. So as long as you had a water butt in the backyard, you had the basics.

Number two was elderflower. An old lady I knew in Oldland Common told me about this. She boiled up the berries and added a little lard. Sounds revolti

ng, but she swore it worked. Never tried it myself but did try her hand cream made from the same recipe. Everything got used for everything b

Lemon juice – if you could get it that is. Just a splash went a long way and was best used with soap. Most people washed their hair in soap back then. There was precious little else. Nice if you could get something scented, but there was always carbolic.

Setting lotion was liquid gold and a girl back then did like a curl or be able to set her hair in a fashionable style. Without setting lotion – or hairspray come to that – it was sugar water. It stiffened the hair nicely but in summer there was the danger of having a host of bees or wasps following you out on that important date.

As for hairdressers, well there weren’t so many as there had been before the war and anyway, most people did their hair at home with the help of a friend.

Curlers! They were horrible. Made of metal, applied when the hair was damp just after washing, then hidden by a headscarf until the hair was dry. Women even went to bed in them. If anyone of you has been to bed wearing modern plastic curlers – uncomfortable enough – you can well imagine w

In order to keep the style wavy through the week there were Marcel wavers which resembled bulldog clips only with sharper teeth.

The shampoo mentioned below was late forties, but it gives some idea of period hair style – note mention of seeing Sally Grey on the set. TV had finally arrived.

Grab your copies of The Tobacco Girls series:

Will Dani find love this Christmas? Or will she be

Two beloved girls. The mother who adores him. The

⭐️ COVER REVEAL ⭐️ No one can be trusted..