Billy and Dawnie: The Secret of A Good Marriage in Heading Over The Hill – Judy Leigh 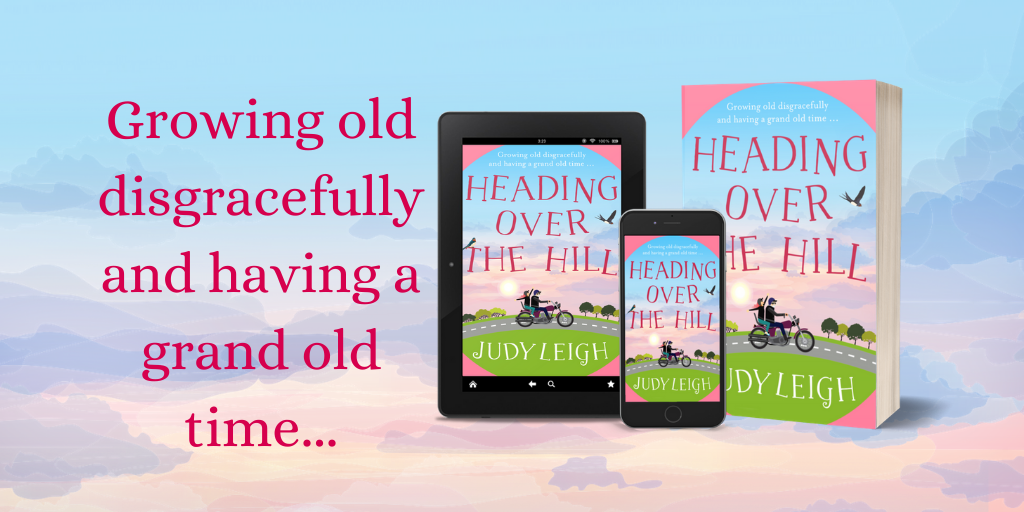 Billy and Dawnie: The Secret of A Good Marriage in Heading Over The Hill – Judy Leigh

When I wrote Heading over the Hill, I decided that my main protagonists would be a married couple who arrive in West Devon. Having left their children behind in their former house in Lancashire, they are now looking for a new life, an opportunity to start again.

My protagonists Billy and Dawnie are retired and in their early seventies. They have inherited some money  from Billy’s father and they want to buy a new home. Their children have grown, they have a grandchild, great grandchildren, so the opportunity to start again is exciting. They have shared fond memories and they have different views on their newly empty nest, but they are both convinced that they have an ideal opportunity to concentrate on themselves.

Dawnie and Billy’s marriage hasn’t been a selfish one. It’s been filled with children and laughter but, for some of the time, Billy has been an absent father. Although loyal to his wife, Billy is far from the perfect husband and Dawnie has had to shoulder much of the responsibility for day-to-day living over the years. Their marriage hasn’t been easy.

Billy and Dawnie aren’t a conventional couple. He keeps his Harley Davidson in the hall and she is outspoken and bold, wearing bright wigs and clothes. Not all the neighbours like them immediately but, as a couple, they are inseparable and fiercely loyal to each other.

Many people will recognise the stages of Billy and Dawnie’s marriage and, although I wanted to focus on the ‘third’ stage, a succinct history of the first two stages was important to establish in order to create a background to their story.

They met in their early twenties, besotted with each other, quickly recognizing their soul mate in the other and, without any careful thought for the future, they married and began a family. The first stage of marriage can be, in many cases, a whirlwind of strong emotions, a belief that the relationship will last forever, that it is idyllic and that true love is everything. Love conquers all! Of course, this doesn’t describe everyone’s first stage of marriage,but  Dawnie and Billy hurled themselves into marriage believing that it was going to be perfect forever, and much easier than they thought.

The second stage of their marriage was the treadmill stage, the mayhem of bringing up children that Emma Murray writes about so wittily in Time Out. For couples who don’t have children, perhaps it’s a more settled stage although external demands like careers and mortgages usually rear their heads for us all. But when Billy and Dawnie’s two children, Lindy Lou and Buddy, arrive they dominate their parents’ daily existence. With Billy not always present, or with frequent changes unsettling the family regime, life is not easy for Dawnie and, in fairness, Billy has a history which remains with him in the present. The love-conquers-all dream becomes simply about day-to-day survival.

Billy and Dawnie decide it’s time to move to Devon and find the perfect house by the sea. The third stage of their marriage is ‘their time’. The children are no longer dependent and Dawnie and Billy have the opportunity to follow their own path and to choose the life they would prefer. They rent a house in Margot Street, immediately termed ‘Maggot Street’ by Dawnie, in order to search for the dream house.

This third stage of marriage should be the most settled, arguably the easiest and the most deservedly selfish; Billy and Dawnie have earned it; they have come a long way together. Instead, they find themselves in a neighbourhood where not everyone likes each other; they make new friends, an enemy or two, and they discover that the empty nest is still a real issue and that they have to rethink a lot of old beliefs about life and marriage.

Heading over the Hills is Billy and Dawnie’s story, focusing on the stage of marriage after the children have grown, but it is also the story of others’ relationships; there are other characters whose stories may resonate: a widow, a lonely man searching for love; two people stuck in a miserable marriage; a blissfully happy couple or two. It is about people reaching out to each other, about fun, sharing, communities and kindness, but also it is about life being lived at its fullest, enjoying each day as a blessing.

Pick up your ebook, audiobook and paperback of Heading Over The Hill by clicking on the cover below.

A gorgeous sunshine-y #repost from @bookmusereview