Casting Chasing the Sun as a film – Judy Leigh 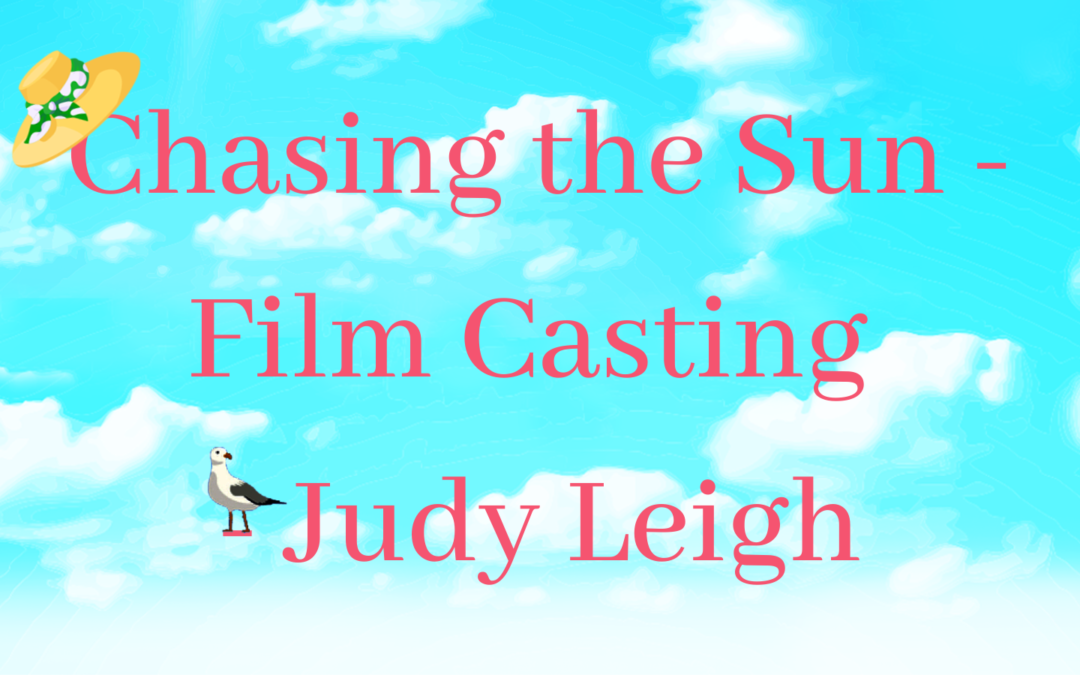 Casting Chasing the Sun as a film – and how my choice of the star role took me completely by surprise.

When I write a novel, I have a picture of the characters in my mind’s eye. As the novel progresses and the characters develop, I still maintain the same image. It is never based on a real person, although sometimes writers can’t help creating unintended composites or including a hint of someone whom they may know, although it’s never my aim to write a character who is close to anyone actual. Imagination is far too much fun to take ideas from real life.

A while after I’d written Chasing the Sun, I went out for a walk and I was thinking about Molly, my main character who has her 70th birthday as the novel opens. She lives alone; she’s restless and ready to explore new adventures. She’s an impetuous, kind-hearted woman with a sense of humour and an inclination to launch herself into a situation she later regrets.

For no reason, I suddenly thought of the actor Dawn French: although Dawn is a little younger and does not particularly resemble the image I had of Molly when I first wrote her, it immediately occurred to me that she’d be perfect to play the character in a film. She has all the zaniness, warmth and mischief of Molly; the more I thought about it, the more I just thought, yes, yes of course, absolutely.

I’ve sort of met Dawn, in the way that people are all in a crowd together. Dawn is chancellor of Falmouth University and so our paths have crossed several times. She is a live wire, articulate, and with a great sense of fun. She’s perfect for Molly and, as the character develops during the book and Molly has various epiphanies about being alone and considers what she wants from life, Dawn has the warmth and compassion to bring the character’s feelings to the surface and to exploit the most comic moments.

Molly drags her half-sister to Spain. Nell, a little younger than Molly, has just split with her husband of forty years and so Molly believes a holiday in the sun will be just the remedy to take her away from all the heartache. Of course, my next logical thought was: Jennifer Saunders as Nell. Why not? Although Nell’s understandably short on confidence at the beginning of the book and Jennifer is a strong personality, by the end, Nell is determined, feisty and resolute. Jennifer is ideal for the role. And the sisters have an easy,  natural rapport which would be replicated in Dawn and Jennifer’s performance.

With this in mind, I considered other British actors for some of the other roles. Ian McKellen would be great as the poor Colonel, grumpy and unhappy; Bill Nighy would be perfect as lovelorn sailor, Ronnie. I’d select Eddy Izzard as the inspirational Lourdes. In Mexico, I’d pick two American actors to play the characters Molly meets there: Blythe Danner would make a perfect warm and friendly Betty. Harrison Ford would be ideal as Ryan, the hunk who thinks he’s still in the nineteen sixties and becomes Molly’s housemate.

I still haven’t managed to cast anyone as Kristof the chef (Gabriel Byrne, perhaps?) or Alejandro the dance teacher. I’m sure someone else will come up with the perfect contender when they’ve read the book. If you have a great idea, do let me know.

But Dawn is perfect for Molly, who sails her way through the picaresque that is Chasing the Sun: she’d be exactly right for the ludicrously comic moments, the poignant moments and the romantic ones too.

And certainly, that final image of Molly racing along towards the beach on the moped is just Dawn to a tee. I can think of no-one better.

‘I absolutely loved this book! It was so grippin

⭐️ COVER REVEAL ⭐️ It's not over until som

'The turkey. The sweet potatoes. The stuffing. The

✨ Look how beautiful ✨ Another huge thank you

Cause for celebration 🎉 5 million books sold an

Cries and calls from the past that can no longer b

Dreams can come true, you just have to believe...

We’re at #FutureBook21 today 📚 Both our found

THE WINNER OF OUR THRILLER COMPETITION! 💥 #Re

Last night I dreamt I went to Manderley again… D

If you mess with the Glass family, don’t expect

Happy Monday ❤️ We hope you all had a lovely w

They shall grow not old, as we that are left grow