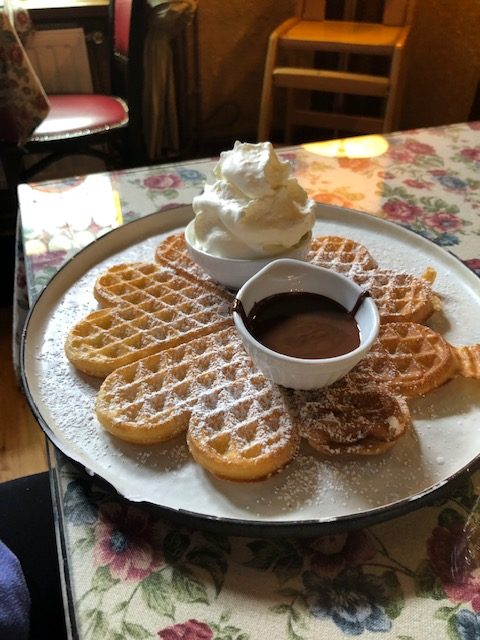 Whenever it’s time to write a new book I usually have some kind of an idea what I want the story to be and where it will be set. I knew I wanted a follow up to Coming Home to Heritage Cove and that one of my main characters would be Harvey’s brother Daniel, but that was all I had to start with. It was during a family trip to Bruges that inspiration struck in the form of waffles!

Bruges truly is a beautiful city with its canals, cobbled streets and beautiful buildings, not to mention chocolate and waffles. The hot chocolates were of course delicious and cosy and because we’d gone away on a chilly weekend rather than in the summer it got me thinking about Christmas so I decided that book two of the series would be a Christmas title. 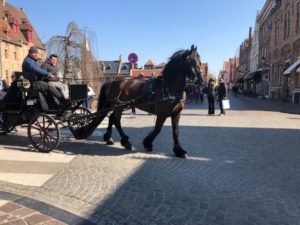 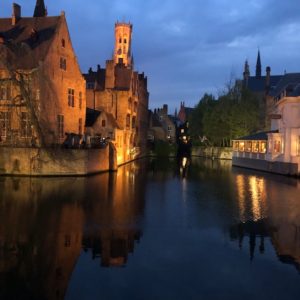 After seeing the choice of waffle toppings at one particular vendor I began to think about having a character set up a waffle shack in Heritage Cove. I loved the cosiness of it all, the warmth, and it had me imagining a log cabin serving sweet treats… and so the idea for Christmas at the Little Waffle Shack was born. I almost couldn’t eat my waffles fast enough before I wanted to make notes in my phone for the new idea so I could get to work as soon as I was home.

My favourite waffle topping isn’t at all elaborate – it’s maple syrup drizzled across the top of plain waffles. I ordered some with chocolate sauce and cream but it was all a bit much for me! There are so many flavours to choose from though – fruit lovers can have waffles topped with berries, there’s no shortage of chocolate and sweet toppings, you could have just icing sugar to keep it simple, or even go for savoury waffles. 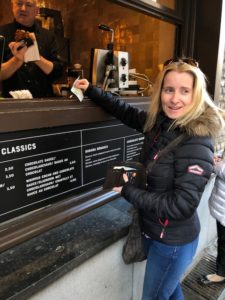 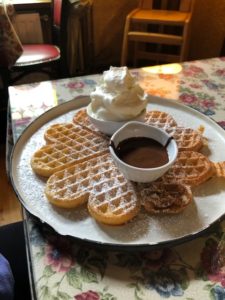 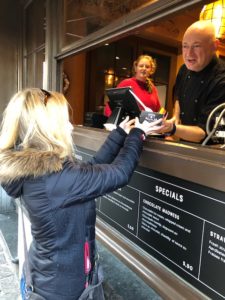 I had a lot of fun coming up for flavours on the menu at the Little Waffle Shack – I hope the story doesn’t make you too hungry. And if you ever get the chance to go to Bruges I highly recommend it. It’s a waffle-lovers paradise and they do a beautiful hot chocolate too…

The first two books in Helen’s Heritage Cove series: Coming Home to Heritage Cove and Christmas at the Little Waffle Shack are out now! Order your copies today: