When you’ve had enough of Christmas dinners – Judy Leigh 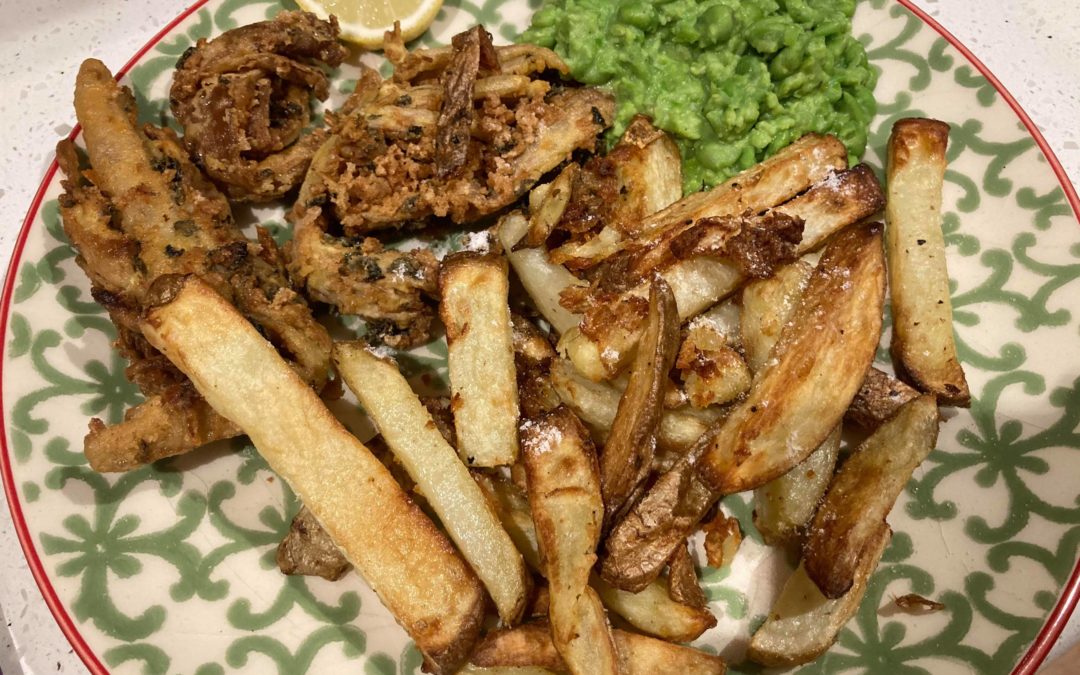 When you’ve had enough of Christmas dinners – Judy Leigh

I’m not a fan of meals such as fish and chips. I am one of those strange people who don’t like chips, deep- fried or greasy foods, and so I seldom make anything that involves frying. However, I’m so pleased with this recipe, which isn’t greasy at all, that I’ll make it again. It’s absolutely perfect for Boxing day, whether you’ve had enough of turkey and want a plant-based dish to eat in front of ‘Love Actually,’ or whether you just fancy ringing the changes in with the chimes of the New Year.

For three people, you’ll need one tin of banana blossoms, which you can find in most supermarkets now. You’ll also need some nori (seaweed) flakes or blitzed-up nori sheets, which impart a ‘fishy’ smell but not too-strong a taste. Again, these ingredients aren’t hard to source. I buy them in supermarkets or local shops.

Also, this dish is ridiculously easy to make from scratch and doesn’t take too long.

To make the plant-based ‘fish’, put some gram (chick pea) flour, some nori flakes and some garlic powder in a bowl. I haven’t included exact measurements – a cup and a half of gram flour and a tbsp of the other two are a rough guide if you need one. Add a pinch of salt and pepper, and a cup of panko breadcrumbs or your own home-made crumbs from blitzed bread.

Rinse the banana blossoms under water to get rid of the excess brine and keep them as intact as you can. Shake the sieve but keep the banana blossoms damp, then shove them around in the gram flour mixture to coat them. Wrap the end bits around themselves and don’t worry if the pieces aren’t identical or neat. Put the ‘fish’ in the fridge for half an hour or so.

I air fry the chips – I suppose you could deep fat fry them or use oven chips. For me, air-fried chips are crispy, very dry and not fatty.

Then I cooked a couple of cups of frozen peas, drained them, added chopped mint and a couple of tbsp of vegan cream and roughly mashed them, then I added some ground black pepper and a tbsp water to loosen the peas.

I fried the ‘fish’ in 2 inches of sunflower oil in batches of two, flipping them once, until they were brown.

I served the lot with some lemon mayonnaise dressing. You can make your own or dress up a brand mayo with a squidge of lemon juice and some chopped herbs such as parsley or coriander.

This dish is easy to make, very tasty and a crowd pleaser. I’ve never been one for trying to copy conventional meat or fish meals but when it tastes this good, and banana blossom is accessible and relatively cheap, there’s no reason to hold back.

This may become a regular Christmas thing! 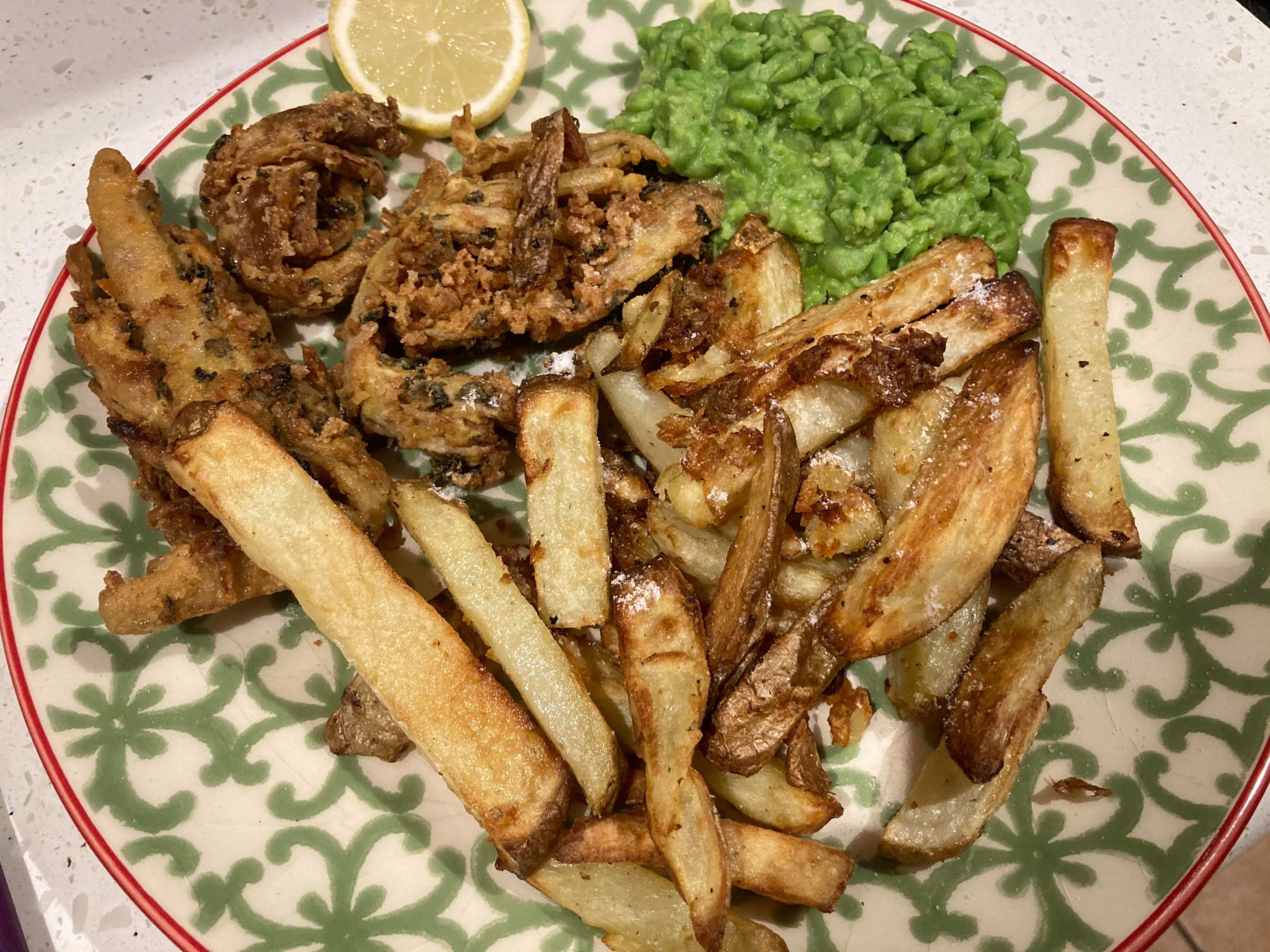