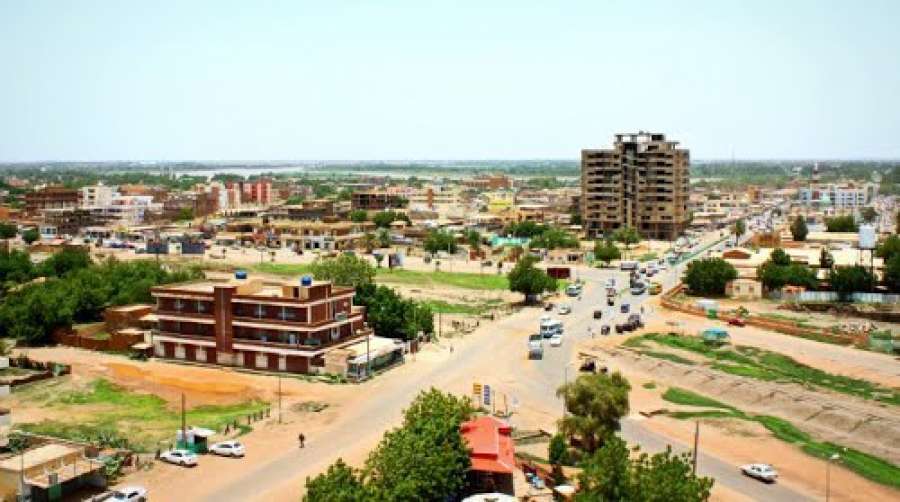 More years ago than I care to count,  I spent a year in Sudan teaching English in a school in a sizeable town on the Blue Nile.

Wad Madani differed from towns I was used to in the UK by being made predominantly of mud bricks. It also had only a couple of tarmacked roads, the streets were compacted sand and dirt. There was a small expat community there, a few volunteer teachers like myself and my then girlfriend (now wife) and for Christmas dinner we’d invited our friend Paul who was living just across the river in a teacher’s house near his school.

Sudan was, is, one of the poorest countries in the world and there were predictably limited choices for shopping. There were a couple of markets and a few kiosks where you could buy cigarettes, pepsi-cola, occasional tinned goods and the bitter local bread in the shape of small baguettes. Christmas shopping was tricky.

I can remember that I was given a wooden chopping board, which I was very pleased with. I think I got my girlfriend/wife a bracelet, I decided to use my new present to help prepare Christmas lunch.

We lived in two rooms at the back of a Coptic Christian compound. One room was the bedroom, the other was the living room. We stored our drinking water in a Zeir, a large clay pot on a stand, there was a communal tap in the compound down by the gate. Cooking was rudimentary, we had two ka’noons, charcoal stoves about the size of a small cardboard box made of sheet metal. So no oven. We didn’t have a fridge or kitchen come to that. We used the terrace in front of the two-roomed mud-brick house for food preparation and cooking. We lived mainly on lentils and rice, occasional vegetables. Food came from the market and the meat area, with its heavy scent of blood, corralled sheep and chickens waiting for the slaughter and millions of flies, was not for the faint-hearted.

Turkey was not going to be an option, that was for sure.

Earlier that day, Sudan is a Muslim country obviously, so everything was open; I went down to the market and thought that, for a Christmas treat, we would have fish for lunch. I knew there would be fish at the market, I’d seen fishermen at work down on the river.

The choice of fish was limited. Limited to one, Nile Perch. The Nile Perch is not a particularly pleasant fish, it can grow up to two metres and can weigh an awful lot. I bought a small one, it seemed massive, salmon sized, but bigger and much, much uglier.

Back home with my fish, I went about cleaning and gutting it. My experience with fish up till then had been cleaning mackerel and trout in Scotland, the Nile Perch was far more challenging. I can still remember it was a bit of a struggle, skin like leather, scales like plastic, lots of bones. After a while I’d got a heap of the obviously non-edible bits, head, tail, guts, and a bowl full of presumably edible fish. It looked awful, like someone had gone crazy with a machete. Chunks of ragged flesh, bits of skin, the odd bone. Nothing like Macfisheries’ fish counter back home.

I put my prepped fish it in a saucepan with some water, an onion, maybe a carrot or two and hoped for the best. Paul came round, the three of us drank tea (Sharia Law in Sudan, no alcohol) and listened to the Cocteau Twins and the Smiths on a portable cassette player. It was great fun. The fish stew bubbled away. It smelt. It most certainly did. I hoped it would taste better than it promised.

Lunchtime came and we looked at the stew, grey, greasy flesh in a kind of fishy water ( not a ‘nage’ as you might find at a Roux Brothers restaurant). It was truly disgusting. We looked at each other. I tipped it down the long-drop toilet.

So, we just ate rice for lunch. But, weirdly, it was one of the most enjoyable Christmases I have ever spent. Certainly untainted by consumerism !

A couple of weeks later we were invited to the Coptic communal Xmas dinner on January seventh and sang Happy Birthday to Jesus and had a piece of His Birthday cake, but that’s another story.

Click on the banner below to see more of Alex Coombs’ books – available in ebook, audiobook and paperback.