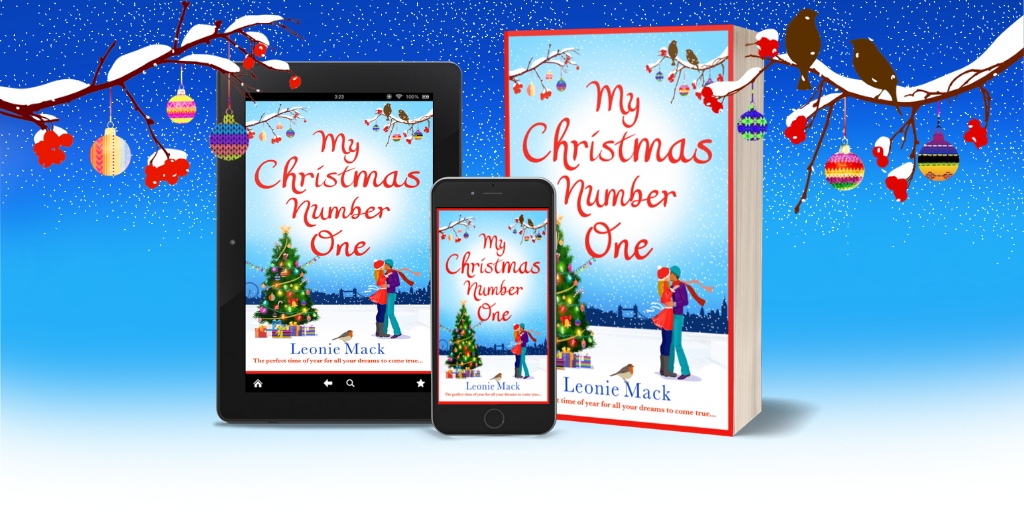 I love Christmas. It’s something I’ve heard many people say. Even if they get sick of the songs and wonder if the celebration has been commercialised, we humans have a deep affinity with tradition and we are built to seek connection—to each other and to the individual and shared past. For me, the ‘individual’ and ‘shared’ aspects of Christmas have a disconnect. Without realising it, I built this disconnect into My Christmas Number One, creating a book that is firmly grounded in the Christmas season, but also profoundly different from the usual cosy Christmas read.

Of course the book features the best of London at Christmas: Trafalgar Square with its Norwegian Spruce, ice-skating at Somerset House, a carol service, mulled cider, pudding and bad jokes. But the spirit of Christmas for me was not just in those activities. What makes this a Christmas book for me is the quiet scene where Cara and her father finally talk about their memories of Cara’s mother. It’s Big Ben ticking midnight and Javi giving his daughter her Christmas gifts. It’s Javi’s sister-in-law singing. It’s in Cara’s gradual journey towards accepting the trauma of the past and allowing herself to feel nostalgic.

Most of all, Christmas is in the song that Javi wrote and Cara contributed to, called ‘Nostalgia’ and filled with the little memories of past Christmases that hint at the paths our lives take.

It’s odd to look back at a book and see which parts of the author burrowed themselves into it. I like to write escapist romances, so often I have less in common with my characters than you might expect. But something always sneaks in. In this book, it is my Christmases, my odd experience of the season.

I grew up in Australia. Until my early twenties, every Christmas bar one was spent in thirty-degree heat, eating prawn salad, hopping in and out of the pool, and watching the cricket in a sweaty stupor on Boxing Day. But aside from the weather conditions, we shared many of the American and British Christmas traditions, not least the music, which became key to my experience of Christmas. In Australia, people cheerfully paint fake snow on the windows and listen to ‘White Christmas’ (which doesn’t feel as strange when you’re in a shopping centre that’s air-conditioned to wintery temperatures—not literally, but it feels that way when you come in from the heat!)

When I moved to Europe, I embraced the appropriate temperatures in December and the authenticity of the activities and decorations. But I still nurse a deep nostalgia for those lazy, hot Christmases of my childhood.

Without realising it, I gave this disconnect, this longing nostalgia, to Javi in the book and it became part of his character. Javi’s Christmas, of course, is not a hot summer Christmas like in Australia. It’s a tropical winter Christmas. And the Colombian Christmas traditions in the book are unique. But Christmas for me has always been about looking beyond the snow and the twinkling lights and letting the nostalgia draw its thread through the season. It’s been about looking back with love, which is a line from the song in the book, and looking to the future with hope.