How to spend Christmas in Cornwall! 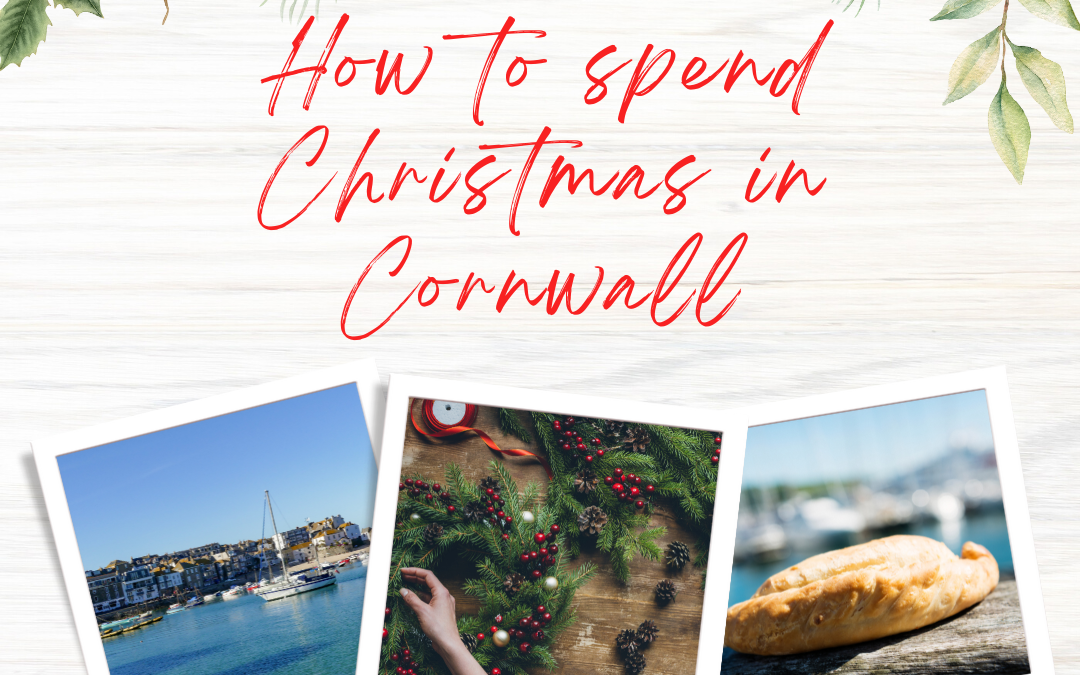 A guide from Jo Bartlett, author of The Cornish Midwife series!

20th December – Cornish Bush
The Cornish bush is the county’s very own version of a Christmas wreath. It’s made from weaving together holly, ivy and mistletoe around a circle of withy, with a crown of red apples and another spring of mistletoe at it’s centre. The Cornish bush has Pagan origins and the wreaths, which are hung indoors on 20th December, are said to represent new life. Why not make your own, light a candle and dance underneath in homage to the God of Light? You can find out how to make your own Cornish bush here: Cornish Christmas Traditions New & Old – Trevigue Accommodation

21st December – The Montol Solstice Festival
If you happen to be anywhere near Penzance on the 21st December then don’t miss the chance to attend the Montol Solstice Festival. It’s the day of the feast of St Thomas, coinciding with the winter solstice, a symbolic day marking the rebirth of the sun. The festival reinterprets ancient Cornish traditions and rituals, with Christmas markets and carol singers, dancers, musicians, Guisers, fire breathers and ‘obby ‘osses all performing. What could be better than watching all of that with a warming glass of mulled wine? You can find out a lot more about the festival and its traditions here:
Montol Festival – Winter Solstice in Penzance

22nd December – A visit to Charlestown
Back in 1790 this pretty village was home to just nine fisherman, a handful of cottages and three cellars, where the fishermen’s catch of pilchards was processed. Now Charlestown is the location of the UK’s longest indoor tunnel of Christmas lights. The Shipwreck Museum plays host to this fabulous wintry display, along with a journey through the frozen forests of Narnia and decorated rooms, including one with giant baubles in every colour imaginable. Plus, there’s a German Christmas market and they can even guarantee snow!
Tunnel of Lights: This is Christmas! – Shipwreck Treasure Museum (shipwreckcharlestown.co.uk)

23rd December – Stargazy Pie
Why not forgo the turkey and try a Stargazy pie this Christmas instead? It’s a traditional Cornish pie filled with pilchards, their heads sticking out from the pastry crust and gazing up at the sky – hence the name! If you’re wondering why it’s a Christmas tradition, it’s said to originate from Tom Bawcock’s Eve on 23rd December. Legend states that Tom was a hero from the 16th century who saved the people of Mousehole from starvation. A fierce winter had prevented the fisherman from going to sea and the village’s usual food supply was cut off. Tom braved the storms anyway, catching enough fish to feed the whole village; their heads protruding from the resulting pie to prove that the fish really were in there.
Stargazy Pie Recipe | Cook This Delicious Fish Pie | The Cornish Fishmonger

24th December – Christmas lights in Mousehole
This beautiful village is one of my favourite places in Cornwall and whilst there are lots of places to see Christmas lights in this wonderful county, Mousehole has to be one of the best. Pagan traditions are the origin of yet another festive staple when it comes to Christmas lights. The Pagans worshipped the sun and would light candles during the winter solstice to encourage it to return. In Mousehole, this tradition is honoured with a beautiful light display in the harbour, featuring illuminated figures, multi-coloured rays, and ribbons of light dancing across the water.
Mousehole Harbour Lights (mouseholelights.org.uk)

25th and 26th December – Christmas and Boxing Day Swims
If you fancy working off all that seasonal over-indulgence, why not take part in a slightly different Cornish Christmas tradition and go for a swim? They take place in costal towns and villages all over the county, both on Christmas Day and Boxing Day. Many of the brave swimmers taking part wear fancy dress and it’s often for a good cause, with lots of money raised for charity. A must have is surely some hot chocolate and a blanket to huddle up in after your dip, or maybe even another warming glass of delicious mulled wine. Find out more about joining a Christmas or Boxing Day swim in the county here: Christmas Day, Boxing Day and New Year’s Day swims in Cornwall – Cornish Traditional Cottages (corncott.com)