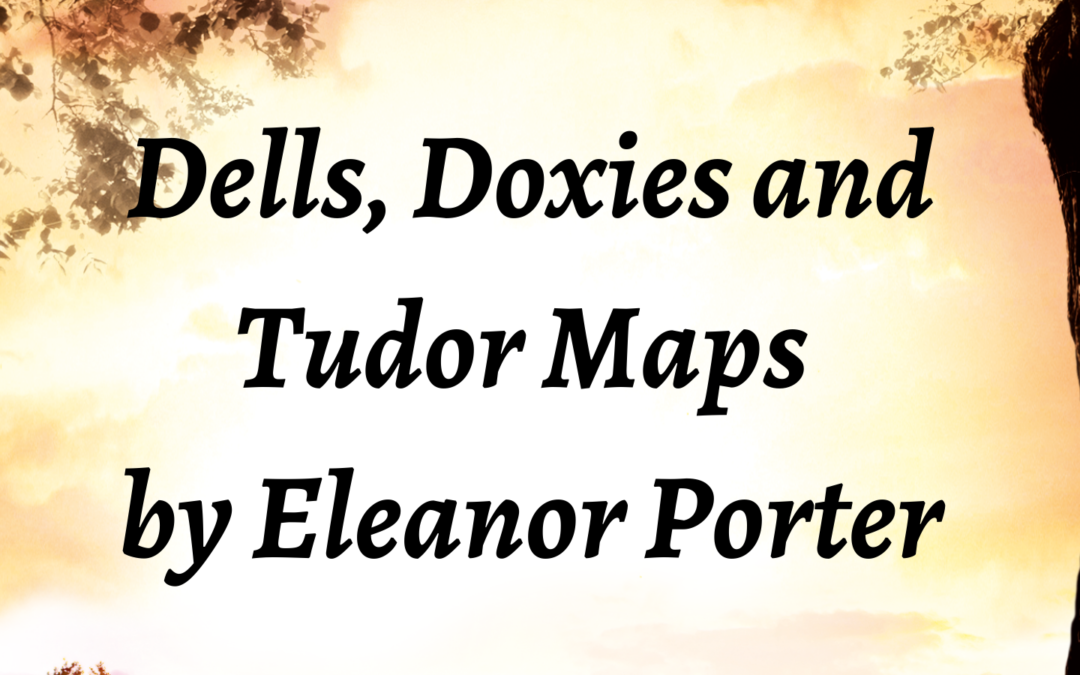 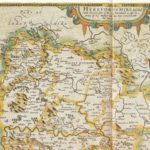 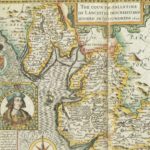 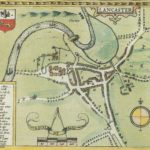 The Good Wife begins at Hampton Court Castle. Not the Hampton Court, but its earlier cousin – Hampton Court Castle of Hope under Dinmore, Herefordshire, home of one of Herefordshire’s great families, the Coningsbys. It’s a place I’ve visited for years, ever since my children were little – they’d make a beeline for the grotto where a path behind a waterfall leads to the tower at the heart of the maze. – (I had to let Martha get lost in a maze).

Hampton Court Castle nestles in a crook of the River Lugg – in a Herefordshre landscape still ‘ right pleasant’– as the Tudor historian William Camden put it. For the three WWWs, Camden says – ‘wheat, woll, and water, it yeeldeth to no shire in England. And verily it hath also divers notable rivers, namely Wye, Lug and Munow, which after they have watered the most flowring meddowes and fruitful corne fields, at length meet together…’

Pretty scenes can often obscure hardship and injustice; I knew Martha would not be able to stay in Hope – that she would have to set off on a long journey. Elizabethan roads were notoriously bad – rutted in summer, mired with mud in winter, pitted with holes deep enough to drown in. Other dangers lurked, too – tracts like William Harrison’s 1587 The Description of England list villains waiting to prey on the unwary. There were ‘upright men’ who commanded bands of ruffians – ‘there ‘wild rogues’ who worked alone, ranging the highways; there were ‘priggers of prancers’ who stole horses; there were hosts of false beggars – clapperdudgeons and palliards, whipjacks and fraters. – To be wandering and homeless was immediately to be seen as a threat – vagabonds could be whipped out of a parish and burned through the ear. Women of course, were particularly vulnerable – a young woman on the highway alone was a ‘dell’, likely to be taken by an upright man or his rufflers and made their ‘doxy’.  A homeless woman was a ‘walking mort’- it’s telling that a mort was also a term for a prostitute.

As Martha travels north I let her follow the great Tudor traveller John Leland, whose Itinerary  – his accounts of journeys through the country in the 1530 and 1540s give wonderful practical insights into distances and roads and bridges ‘My entrance into Bewdley,’ he writes for example, ‘was by a very fine bridge across the Severn with great stone arches which had just been rebuilt. There is no other bridge on the Severn below this until Worcester.’ Sometimes he brings us to stand with him ‘Bewdley itself is built on a hillside, so skilfully that no-one could wish for a better site. With the riverbank to its east it climbs westward up the hill, so that anyone standing on the opposite hill across the bridge has a view of nearly every house in town. At sunrise, when the town is lit from the east, it glitters as if were gold, for all its buildings are new.’ Again and again, Leland showed me how far Martha might be able to go, what estates she would pass, what woods and wastes, what crops would be growing beside the roads.

People thought differently about geography and journeys. Where we often think in terms of roads and their numbers – and routemaps foreground motorways, trunk roads, A roads, Elizabethans thought in terms of rivers and bridges. Camden’s account of  Herefordshire follows the courses of the Lugg, the Monnow and the Wye. In the great Tudor maps of John Speed roads aren’t marked – it’s the rivers which stand out, twisting their way around towns and hills.

Speed’s maps (many of which were largely copied from the earlier maps of Christopher Saxton and John Norden) are works of art. They used to be popular as prints (I remember my granny had a framed print of Speed’s Worcestershire by the stairs) – you’ve probably seen them framed in country pubs. Ships and sea monsters and mermaids decorate the seas, woods are shown by clusters of trees, deerparks are marked by fences and shaded mounds denote the hills. Each county is given its own page, framed by coats of arms, portraits, battle scenes. Best of all however, Speed accurately plots villages and towns, giving their position and importance, and he even provides a detailed street map of county towns, complete with streets and city gates. When Martha lodges near St Leonard’s Gate, walks by the Weary Wall, or seeks out Chennell Lane on the corner of Penny Street in Lancaster, she is walking Speed’s streets with their detailed houses and churches and standing crosses.

Here’s a part of two of Speed’s masterpieces, the ‘Countie Palatine of Lancaster’ and Herefordshire. Follow the bends of the Lugg from Lemster (Leominster) to the middle of the picture and there is Hope, where Martha’s journey begins. On the Lancashire map, if you look closely you might be able to follow the Lune river as Martha does, from Coker Sandaba (Cockersands Abbey) up to  Lancaster and on to Hornby Castle.

It suited Elizabeth and James and their spymasters well, of course to have detailed maps of their realms – maps are always about power, but that’s another story.

Click on the banner below to see more from Eleanor Porter.