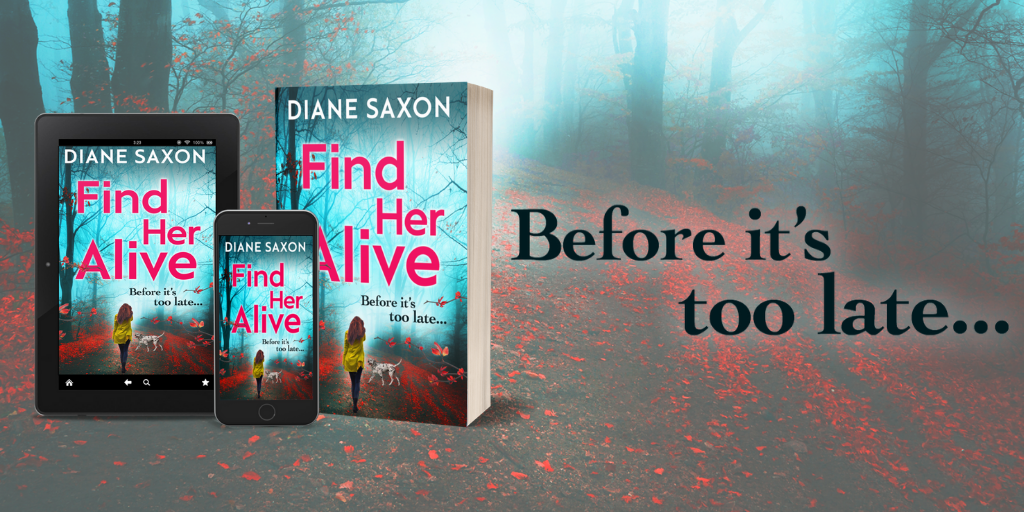 What comes first when I create a story? – Part 1 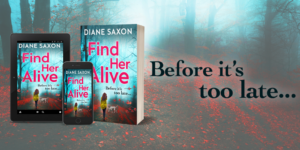 Find Her Alive (originally titled The Keeper) Book One in my DS Jenna Morgan series started with a long, lonely walk in woodland at twilight at the beginning of autumn with my beautiful Dalmatian, Skye.

As we wound our way up the hillside with thick trees above and below us, I slipped and skidded along the narrow pathway, barely wide enough for me to pass through let alone move over if someone came in the opposite direction.

A low mist had settled over the River Severn and the acoustics of the gorge below me had voices carrying up the hillside to swirl with ghostly echoes.

With a vivid imagination, I believed at first it was only that that had my hackles on the back of my neck tingling with awareness, but three steps forward and I stopped while Skye snuffled in the autumn leaves with a delight only a dog would understand. 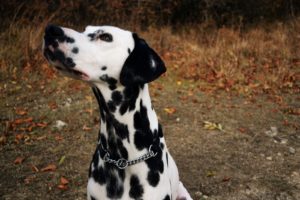 Aware that I was being watched, I turned my head to stare up at the darkening woodland above me and my gaze clashed with another being’s. Not just one, it turned out, but several. In fact an entire herd of the most stunning Fallow deer, so close I only needed to take half a dozen steps to be able to reach out and touch them. The lead deer, a large doe caught my gaze and held me mesmerised for several minutes as everything except her eyes faded into the background.

Eventually, I blinked and broke the spell, then moved on with the feeling I’d been touched by magic that day.

It was some time later that my imagination wound that incident into the story that now is Find Her Alive.

What if that hadn’t been a deer watching me? What if it had been a human? Someone who shouldn’t have been there. Someone who didn’t want to be seen.

The idea for Find Her Alive was born and I ran with it, throwing words down, my fingers flying across the keyboard until the story was done.

For this book, character driven by Fliss and her sister Jenna, both equal partners in the creation of Find Her Alive, research came secondary – after the first draft.

My entire family background is steeped in uniform and the law. To me investigations, research, prodding, poking is second nature. I’m nosey and I love to know and understand the detail. I studied Law at A level.

While writing Find Her Alive, I took an on-line university course in forensics and loved it.

I’d like to feel that it’s worth all the huge amount of research I do, just to write one sentence that is factually correct. To have ex-police officers tell me that they could actually smell the halls of the police station I write about is a thrill beyond words.

Find Her Alive is the first in the DS Jenna Morgan Series.