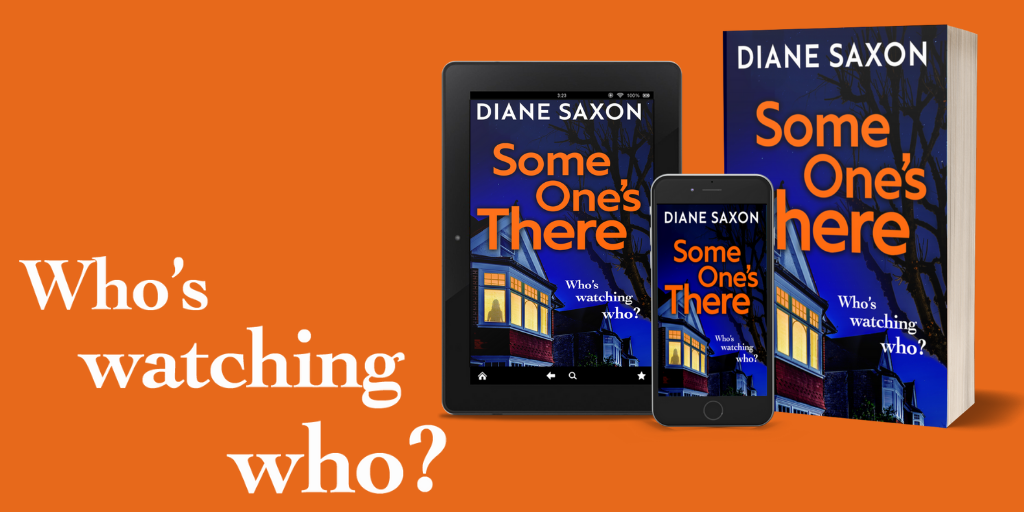 What comes first when I create a story? – Part 2

It’s a strange thing but when I write romance, no one ever asks me what my inspiration for writing the story is. I’m not sure if that’s because they’re frightened of the answer because it might involve … shhh … sex, but I can tell you far more people are interested in your desire to kill.

So I gave some thought to my inspiration to write Someone’s There (originally titled Copycat) and I can honestly say that killing off nurses has absolutely no connection to the fact that my youngest daughter is in her final year of her nursing degree. No connection at all…

Someone’s There is dedicated to my dad who would have been 100 years old in February 2020, the same month as the book’s release.

My dad was a quiet hero. He fought in World War II and we grew up believing the stories he told us were just that. Stories of battles and hand to hand combat. Rescues in the dead of night. But it turned out they were all true. He’d actually been in a unit in Northern Africa where it was his job to race to any downed aeroplane, fix it and get it back in the air again, all under enemy fire.

Anyway, when dad left the RAF, in his wisdom he thought it may be a great idea to run a country pub. Unfortunately, this idea never quite worked out. Working 100 hours a week each, mum and dad ran The Bull’s Head with a degree of success for a total of three years.

During that time, dad was asked to also manage The Fish another pub a short distance from ours while the manager there was in hospital.

Dad agreed and each evening he would open the pub at 6:00pm and close at 10:30pm arriving home shortly after.

One Friday evening, he locked up as usual and as he was getting the takings out of the till to bring back with him, he heard a muffled noise. I don’t think the prosepect of investigating even phased him. Hiding in the ladies’ toilets were two men, we assume waiting for dad to leave so they could steal the takings, the alcohol or whatever else.

Unfortunately for them, dad wasn’t of the same mind. Once he’d half killed them, (I always imagine him just using the thumb of his left hand in a casual James Bond fashion) he called the police and had the men arrested, then he ambled home with the takings.

It was nonchalantly mentioned at breakfast the next morning, and there was really no fuss made. He didn’t make the newspapers, nothing further was mentioned, he wasn’t hailed a hero, and life went on.

But that encounter, the idea that someone could already be in your house when you’re totally unaware of their presence must have fermented in my imagination over all these years. Not everyone would be brave enough to investigate. Some would run. Some would freeze. Some would stand and fight. Someone’s There touches on the psyche of each one of these.

What would you do?

For the second book in the DS Jenna Morgan series, I did another on-line University course on body decomposition. Such and interesting and engaging course which, after six weeks of information and research I felt quite comfortable inserting those few sentences in my story that would relate to rigor mortis.

As before, my poor husband – a retired police officer – often had a sharp elbow in his rib at 3 o’clock in the morning when I needed a police procedure to fit in with my story.