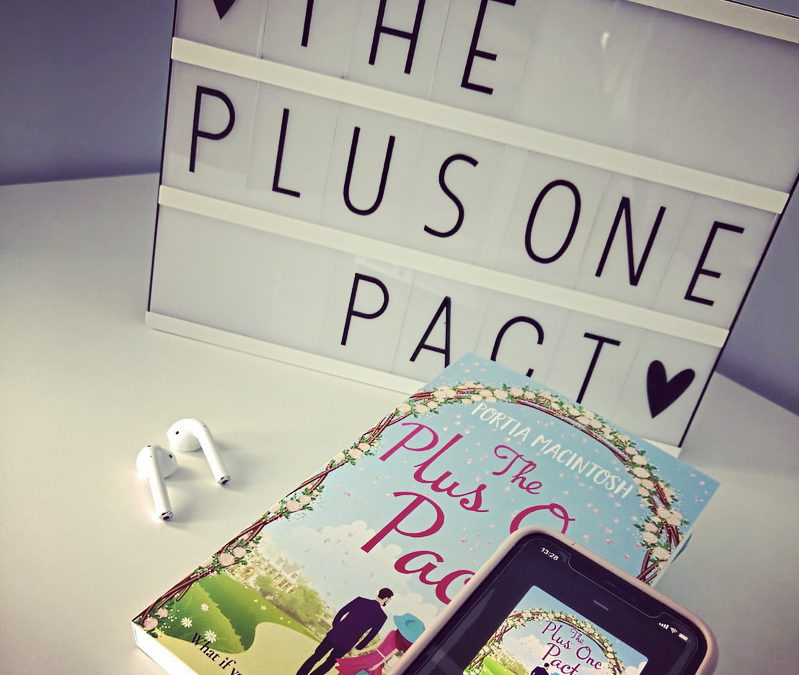 I’ve always been one of those people who can read anywhere. Whether I’m reading on a tour bus during a sing-a-long, or on a packed-out train during rush hour, I’ve never had much trouble shutting the world out.

I suppose it’s for that reason that I’d never really thought too much about audiobooks, because I didn’t think I needed them in my life. I couldn’t have been more wrong.

The first audiobook I listened to was one of my own, just out of curiosity, and now I can’t get enough of them.

First of all, I’m sure it goes without saying that listening to the audiobook of a book that you have written is serious cool. Well, when you’ve spent months working on a book, and then you hear your characters talking to you, surreal doesn’t even begin to describe it.

But more than just enjoying the voices in my head being turned into actual voices, there really is something to be gained by listening to a story instead of reading it.

I love the performance element. I love the voices. The talent it must take to be one person voicing a whole cast of characters – male, female, young, old, from Los Angeles to Luton, and everything in between. I think that, especially with romcoms, having someone deliver the jokes with comedic timing makes them all the funnier. The same goes for all the other emotions too. And when you’re listening to a novel told in first person it makes it feel all the more real, like the main character is talking to you, or letting you tap into the inner workings of their brain.

Sometimes I just want to curl up with a book and ignore everyone around me but, it turns out, books don’t always have to be quite so antisocial. You can listen to them with other people, just like you would if you were watching a movie or binge watching a TV series. You can listen together, laugh together, gasp together – and then chat it out afterwards.

With Amazon, Apple Books, and even music streaming services like Spotify offering audiobooks, they couldn’t be easier to get hold of and, just like with ebooks, the ease with which you can carry around an entire library is nothing short of incredible. Take it from someone who used to carry a folder of CDs and a stack of books around in her schoolbag…