Faking It – The Playlist by Portia MacIntosh 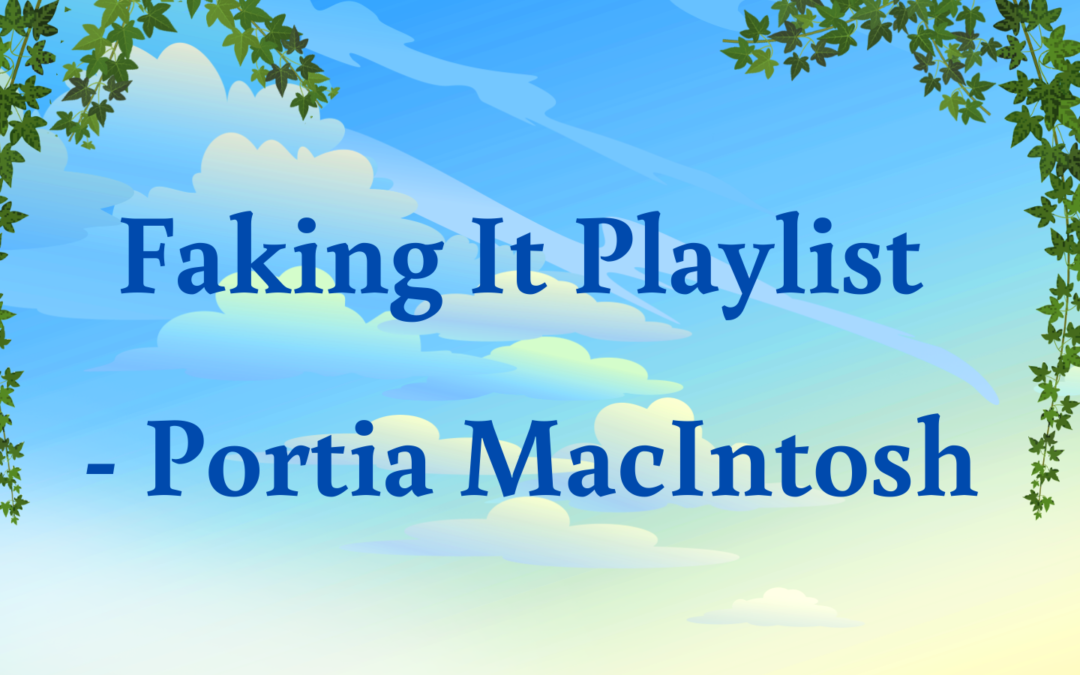 Faking It – The Playlist by Portia MacIntosh

In my latest novel, Faking It, it’s safe to say that music plays a big part. From the disco-themed nightclub (the only night club for miles) that leading lady Ella used to visit when she was underage to the drama department’s big fundraiser with a musicals theme, the soundtrack to this little window into Ella’s life is nothing short of amazing.

Below are some of the songs mentioned in the book so grab your leather jacket, turn on your disco ball and open wide (this one will make sense as you read on).

Wouldn’t It Be Nice by The Beach Boys
This is the song Emma uses to wake her up on a morning so, when Ella takes her place, this alarm is something she has to get used to. The gentle intro goes by unnoticed before the beat of the drum wakes Ella with a start. Every day. It only takes a few days before Ella is sick of hearing it. It’s a great song though!
Night Fever by The Bee Gees
Gloria’s is the only nightclub for miles and the one Ella used to go to when she was not quite 18. It’s a 70’s themed place although Ella isn’t sure if that is a choice or if it just never evolved from the disco era. Ella hanging out in Gloria’s reminds me of a nightclub my friends and I used to go to (when there wasn’t as much choice as there is now, when we had just turned 18) called Flares. Flares is a chain of bars with a disco theme. We would go so often and we’d always end up picking up various dance routines, but being 90s kids, that came easy, given that we were brought up dancing to the Macarena and Saturday Night by Whigfield.
There Are Worse Things I Could Do from Grease
When Ella was at school she desperately wanted to play Sandy in Grease but her school thought she might be more of a Rizzo than a Sandy. Ella practised this song over and over again until it was perfect – but she didn’t get the part in the end because, with her identical twin being cast as Sandy, the school thought it might be too confusing for the audience.
Dentist from Little Shop of Horrors
In one of my favourite scenes from the book, one of the characters gets drunk and sings this song at the drama fundraiser. It’s such a funny song and something about an angry drunk man singing it really amused me. Just imagine belting it out…
If I Only Had a Brain from The Wizard of Oz
All of the scenes at drama fundraiser are so much fun. In one scene someone throws shade at Ella by putting her name down to sing this song…
You’re The One That I Want from Grease
To fulfil her childhood dream of playing Sandy in Grease, Ella attends the fundraiser dressed as Bad Sandy – around the point in the movie where she performs You’re The One That I Want with Danny. But who is Ella’s Danny? At this point in the story, the three men in her life are all dressed as Danny, from different points in the movie, but which one is the right one for her?