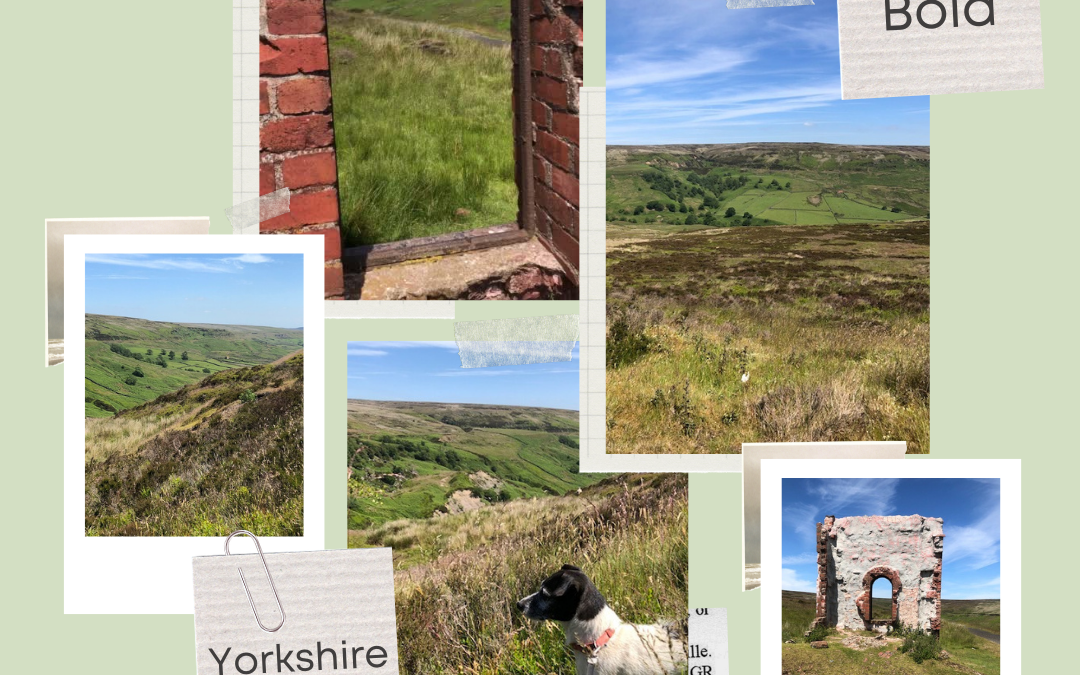 Jane Lovering is here to discuss her love of deserted, ruined buildings in the countryside and how they inspired her brand new book The Forgotten House on the Moor 🌿

I like ruins. Which is just as well, because it’s what I see every morning in the mirror, but I like ruined buildings even more. When I was young – well, younger than my current self – there was a derelict hotel at the end of our road. From the age of about ten, my friends and I spent hours wandering among empty rooms, dodging falling ceilings and spiders the size of saucepan lids, crawling through dark basements and scaring ourselves silly at sudden noises.

There’s just something about a ruined building that sparks the imagination. Even better if it used to be a house, and even better if the previous occupants left in a hurry and there’s still furniture in the rooms, photographs on the mantelpiece and, for that extra touch of terror, a half eaten meal on the table. Where have the people gone? And, more importantly, why? And then there’s the rooms. Once a house has reached a certain state of decay, it’s hard to tell what the rooms were once used for, and walking through a shell of a building where the roof is now mostly floor and walls have rotted down from their full height, all you can do is imagine what happened in this space.

So I suppose the house in The Forgotten House on the Moor, in its exploded and mostly-gone state came from memories of these places. I recently came back from a trip to Orkney, where there are still buildings like this. A half-open front door that you peer through leads to nothing but wilderness, there’s glass in the windows but no room left behind them. Whereas here in Yorkshire, most deserted houses are very swiftly either knocked down and rebuilt , or re-roofed, refurnished and turned into holiday lets, which does make the countryside tidier, but detracts from the imagination experience. How are our children and grandchildren supposed to terrify one another, when Health and Safety and swift planning applications mean no sitting amid perished chairs and cupboards with the doors ever so slightly ajar, wondering what those footsteps were that came from an upstairs that no longer has a floor…

And the gardens too. Wonderful, tangled, neglected spaces, where carefully planted and tended flowers have run riot, to form impenetrable growths, from which the occasional statue can be seen poking a stony finger. Or dry fountains, now playing host to moss and the crispy curls of dessicated pondweed. How is the younger generation meant to learn about the creeping dread of suddenly coming upon a headless Venus during a game of hide and seek when all these places have been sanitised and cordoned off, or, worse, turned into the weekend homes of the rich and famous?

More neglect, that’s what we need. More deserted houses, in isolated locations, more creepy noises and more untended gardens. I am convinced that what the young of today are missing from their lives is a good dose of healthy, screaming horror coming from dark, mysterious rooms.

Jane’s brand new book The Forgotten House on the Moor is out now!

Pick up a copy: