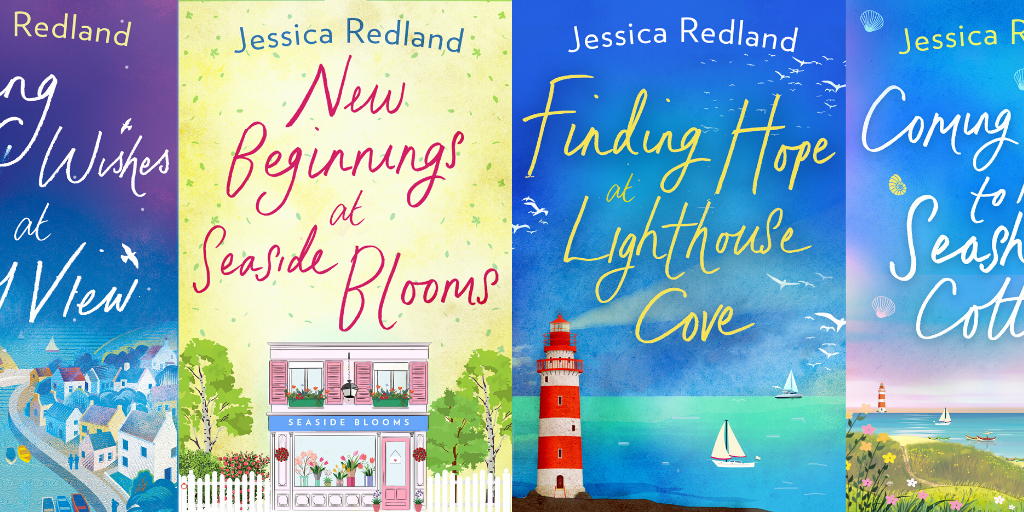 Friendships have always intrigued me. Why do some friends flit in and out your life while others stick around for the long-term? Why do good friends turn on you and break your heart yet tentative friends can become your rock? Why can you meet up with some friends after years apart and pick up where you left off yet a few weeks away from others places an uncomfortable distance between you?

When I started writing, my books were always going to be about romance but it didn’t take long before friendship became a clear theme and, over time, perhaps more of a driving-force in my writing than the romance.

In New Beginnings at Seaside Blooms, Sarah has an unexpected opportunity to take over her auntie’s flower shop, Seaside Blooms. When she’s packing up her life in London ready to return home to the North Yorkshire seaside town of Whitsborough Bay, she comes across a clairvoyant recording made when she was eighteen which has been missing ever since. Everything on the recording has already happened except the prediction that she’s going to move back home and meet the man of her dreams – Steven.

Sarah needed a best friend as a sounding board but I wondered if it would be better to give her two best friends – one who believed in the recording and one who didn’t – each pulling Sarah in different directions. And what if those two friends also hated each other? Elise and Clare were born.

What started out as a standalone novel soon became a trilogy because, as I developed Elise and Clare as characters, it became apparent that they had their own stories to tell. Finding Hope at Lighthouse Cove is Elise’s story and Coming Home to Seashell Cottage, out in March, is Clare’s. The trilogy expanded into a four-book series. The prequel novel, Making Wishes at Bay View was released last month.

I like to explore friendship in different ways – friendship between family members as well as those not related by blood, across generations, love into hate and hate into love, friends as rocks and friends who are flaky, friends who are short-term and those who are long-term.

For Sarah, Elise and Clare in books 2-4, I was interested in how friendships can change over time and according to circumstances. Time-wise, the three books cover a little over two years and a lot happens for the three women during that time, testing and shifting their friendships.

The premise for The Secret to Happiness (released in September last year) was always about friendship rather than romance. I created three women who each needed to let go of something in their past but were struggling to do this on their own. I wondered whether the power of friendship could help them do this but whether this could come from people who, at the start of the book, were strangers.

If you do enjoy a lovely romance story, please rest assured that all my books do include romances but every single one explores friendships too. There’s so much scope to explore with this theme and I’m excited to see where the next one takes me.