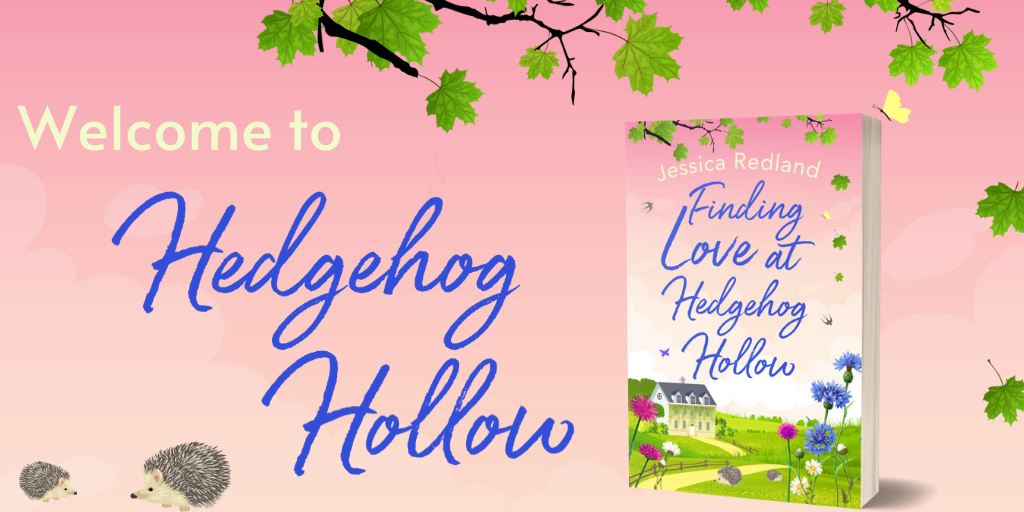 My new release, Finding Love at Hedgehog Hollow, is the first book in a trilogy set in the Yorkshire Wolds in a hedgehog rescue centre called Hedgehog Hollow. My heroine, Samantha Wishaw, is the ‘hedgehog lady’ who sets up and runs the centre.

My dad’s sister, my Auntie Gwen, is a real-life ‘hedgehog lady’. She’s looked after hundreds of sick, injured and abandoned hedgehogs over the past forty years. It started when she found a hedgehog in her garden with a cut on its head. She took it to the vet for treatment and then looked after it while it healed ready for release back into the wild. She joined the British Hedgehog Preservation Society (BHPS) who then invited her to become an official carer. 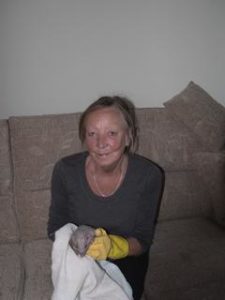 In the warmer months, Auntie Gwen’s garage is her rescue centre and, in the winter months, the vulnerable ones and late-juveniles (babies born in the second season of births in autumn who have limited time to put on weight pre-hibernation) move inside where it’s warmer.

The aim is always to get each hedgehog well enough for release back into the wild, like hoglet Bernard. My parents found him in their garden, squeaking for his mum. This is not necessarily cause for concern but they kept an eye on him and, when it was apparent that mum wasn’t going to return, they took him to Auntie Gwen. His mum could have abandoned him but it’s more likely something had happened to her. 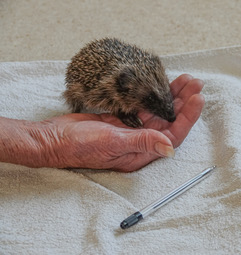 Bernard was very small and dehydrated but Auntie Gwen nursed him back to life and he was later released in my parents’ garden. They live in a village, have hedgerows either side of their garden and lots of shrubs, perfect for food foraging. Auntie Gwen has released many hogs there over the years.

Some hogs can’t be released, like Baldy. Tragically, his mum was killed by a strimmer while a gardener worked in the grounds of a care home. Residents later spotted Baldy and discovered a nest in which several of the litter had also been injured. Auntie Gwen was called to nurse Baldy back to health. 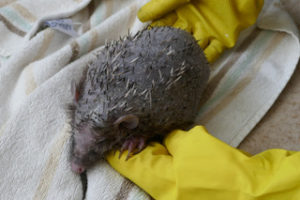 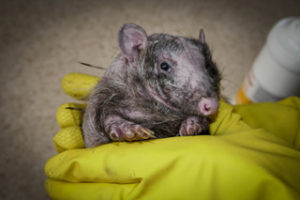 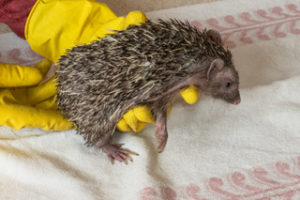 Initially, treatment was for a severe case of mange. Triggered by parasite mites burrowing through the skin then laying eggs, it’s a common and extremely painful disease for hogs. Restricted by their spines, they’re unable to scratch so the pain steadily becomes more intense. The skin dies and an extreme case can result in the poor hedgehog being covered in so much caked-on dead skin that they can barely move, meaning they can’t eat or drink and they can’t protect themselves from predators. Isn’t that awful? The good news is that mange is fairly easily treatable and Auntie Gwen cleared it up but then his spines began to fall out, possibly as a result of the stress of what he’d experienced. They never grew back which meant he couldn’t be released as he’d have been easy prey without his spines.

Two years on, Baldy is a permanent resident at Auntie Gwen’s. He gets multi-vitamins and is regularly bathed in almond oil to help his skin. She has a run in the garden where he can roam but he’s now been upgraded to a ‘mansion’ with his very own rabbit hutch to give him even more space and freedom.

All around the country, amazing people like my Auntie Gwen run anything from a small one-person operation to a large rescue centre, giving their all to save this beautiful endangered creature. BHPS and the People’s Trust for Endangered Species (PTES) raise awareness and funds as well as campaigning. A recent big success for BHPS is an industry-first initiative with housebuilders Bovis Homes to install hedgehog highways on existing developments and future sites wherever possible, allowing hedgehogs to roam more freely between gardens in search of food. That makes my heart happy.

Finding Love at Hedgehog Hollow is first and foremost a story of love, friendship and family but it’s also a story about hedgehogs. I hope that those reading it might learn a thing or two about the part they can play in helping protect our hedgehogs and grow their diminishing numbers once more. 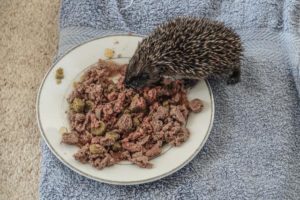 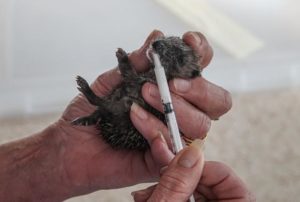 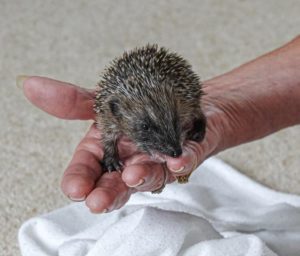 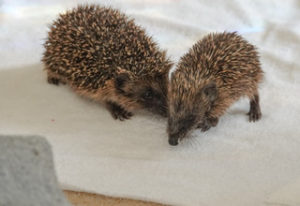