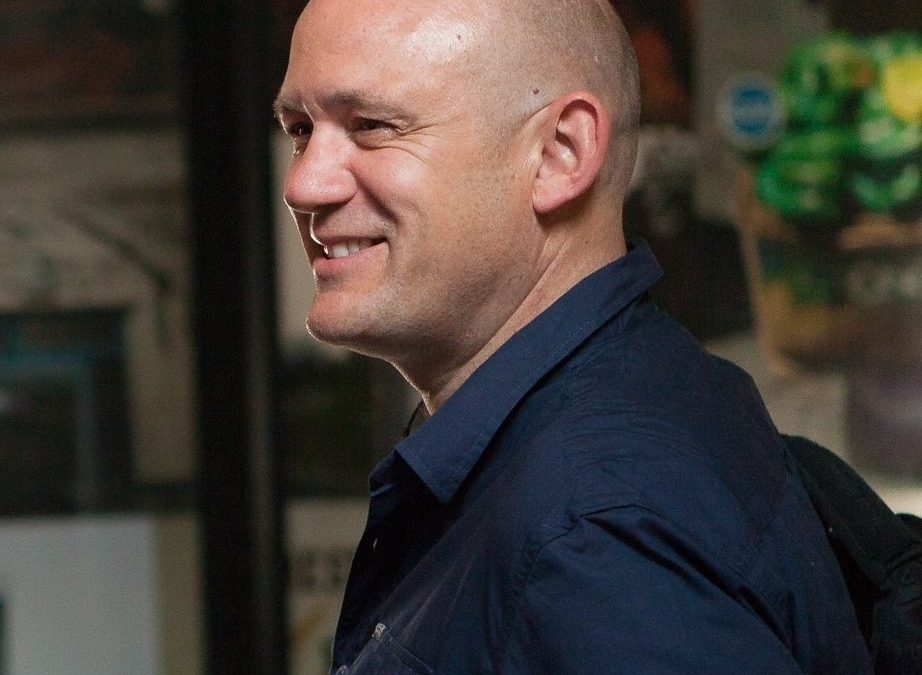 Two books that influenced me.

Ender’s Game by Orson Scott Card. It contains the ultimate twist. I felt diddled in such an amazing way that I’ll never forget the smile on my face as I put the book down.

Trainspotting by Irvine Welsh. It felt like reading a book that someone had just spewed out. He didn’t care what people thought, or anything of style or standards. This was his book and that’s how it was. The criminal antics were so realistic but told with black humour. The first publisher he sent it to picked it up, which must have been lovely for Mr Welsh. ?.

Two songs that influenced me

I only really listen to music in the car. I need silence to write; someone eating an apple in the lounge two rooms away unsettles me. Eye of the Tiger by Survivor was one of the first songs I bought. I used to go jogging with it playing on one of those old personal stereos. I’m not built for jogging, so it was hugely motivational. When I hear it now, I still think of the batteries and me dying near the end of each run.

The other, oddly, is Barbie Girl by Aqua. At the time it came out, the girl from the video reminded me of my then girlfriend. She was a pretty, ditzy, unsuitable girl, and we used to joke it was our song. We sadly broke up (I was sad) and then I had to listen to the song every time I turned on the radio for the next 6 months. Excellent. That was 25 years ago. When I hear it now, I remember a young man living life and having fun.

Two films that influenced me

Shawshank is hardly original but I love it. There’s a flow and rhythm to it that I try and emulate in my writing. It’s a hard film about prison. If it’s done beautifully, I can watch and read anything.

Empire Strikes Back is the first film I remember seeing at the movies. I was 7. I can still remember my eyes bulging at the massive screen as the first AT AT’s came into view.

Two people who inspired me.

Nelson Mandela is influential to many people but it wasn’t until I visited Robben Island where they imprisoned him that I realised he was something incredible. He was kept for so long in such terrible conditions, literally breaking rocks with a small hammer in a sunburned courtyard, that it would have been understandable if he’d been bitter and vengeful. Instead, he was the reverse. His story is so inspiring.

The second person is my dad. Slightly cheesy, but it’s not for anything outstanding. It’s his approach to life. He’s 80 now, and looks to enjoy his days and get on with things, and always has. I remember buying a house which needed completely repainting. The first day, I stood in the lounge with a brush in my hand and thought, ‘Oh my God’. He bent down next to me, picked up a tin and a roller, climbed the ladder, and began to paint the ceiling. Admittedly, we ruined the carpet. But that sense of getting-on-with-things was stirring. Many years later, when I felt I had a story to tell, I remembered that day.

So, I sat at my desk, picked up my pen, and began to write.