The Inspiration behind Murder at the Mill by Debbie Young 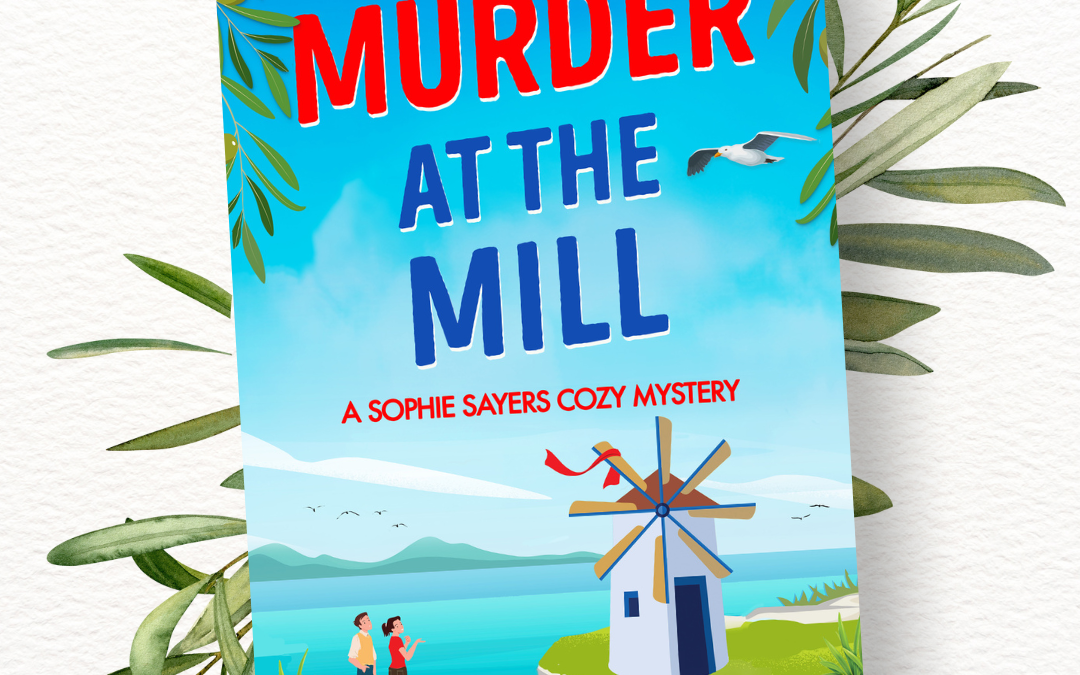 At the start of this story, Sophie is feeling a little restless after spending nearly a year in her new village home, so winning a writing retreat couldn’t have come at a better time for her. She is also wondering about the future of her relationship with Hector, who runs the village bookshop where she works, as he’s starting to seem a little staid.

Hector gives her a fond send-off on her journey to her retreat at a tiny Greek island, where she is set to spend a week with a bevy of aspiring writers on a course led by the abrasive bestselling romantic novelist Marina Milanese, who quickly makes enemies of them all. When Marina disappears in the shadow of the clifftop windmill, Sophie finds herself accused of murder. With a storm cutting the island off for several days, Sophie must try to solve the murder mystery herself before the police can arrive.

This story was inspired by a writing retreat I attended on Ithaca many years ago, before I’d written my first novel. Until then, I’d considered myself primarily a journalist and a short story writer, but the retreat gave me the confidence to tackle my debut novel.

My eleventh novel (Sophie’s eighth adventure) Murder in the Highlands, will be published by Boldwood Books in March. Will Sophie’s retreat work the same magic on her writing ambitions? And what effect will it have on her romance with Hector? You’ll have to read it to find out.