Inspiration for Death at Crookham Hall by Michelle Salter 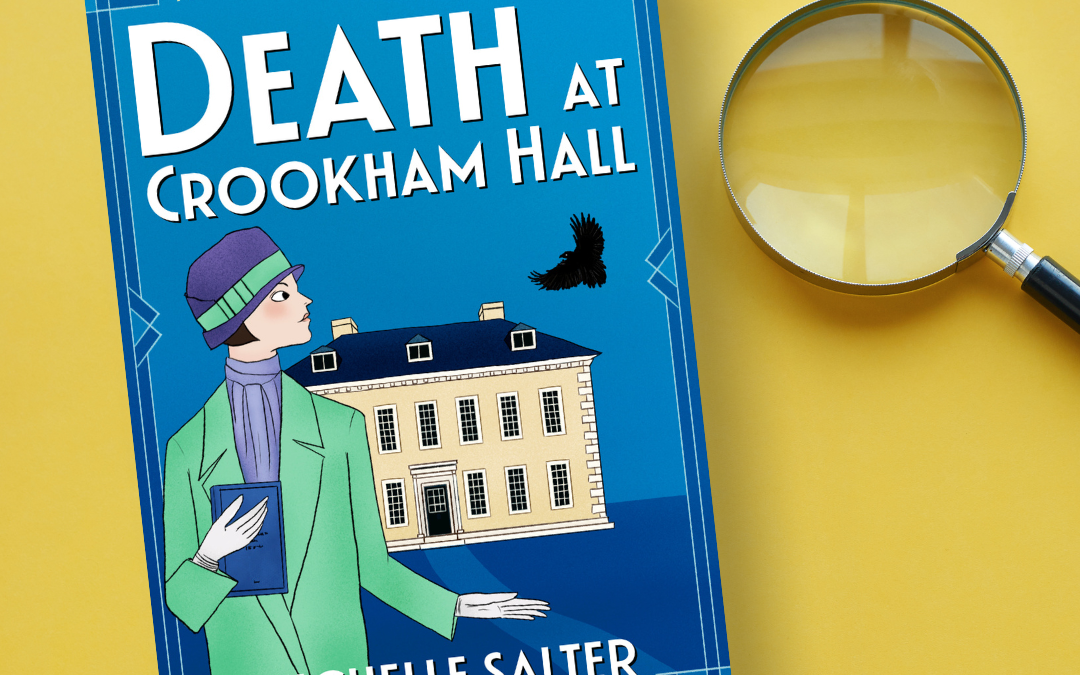 The Iris Woodmore Mysteries are set in the 1920s, an era of rapid social change. The Great War is over, the suffragettes have disbanded, and a new generation of women are entering professions for the first time.

Inspiration for Death at Crookham Hall struck in the summer of 2018 on a guided tour of the Houses of Parliament.

An exhibition in Westminster Hall celebrated the centenary of the Representation of the People Act of 1918, which gave women the vote for the first time – but only women over the age of thirty who met certain property qualifications – a third of the adult female population in Britain still didn’t have the right to vote in an election. 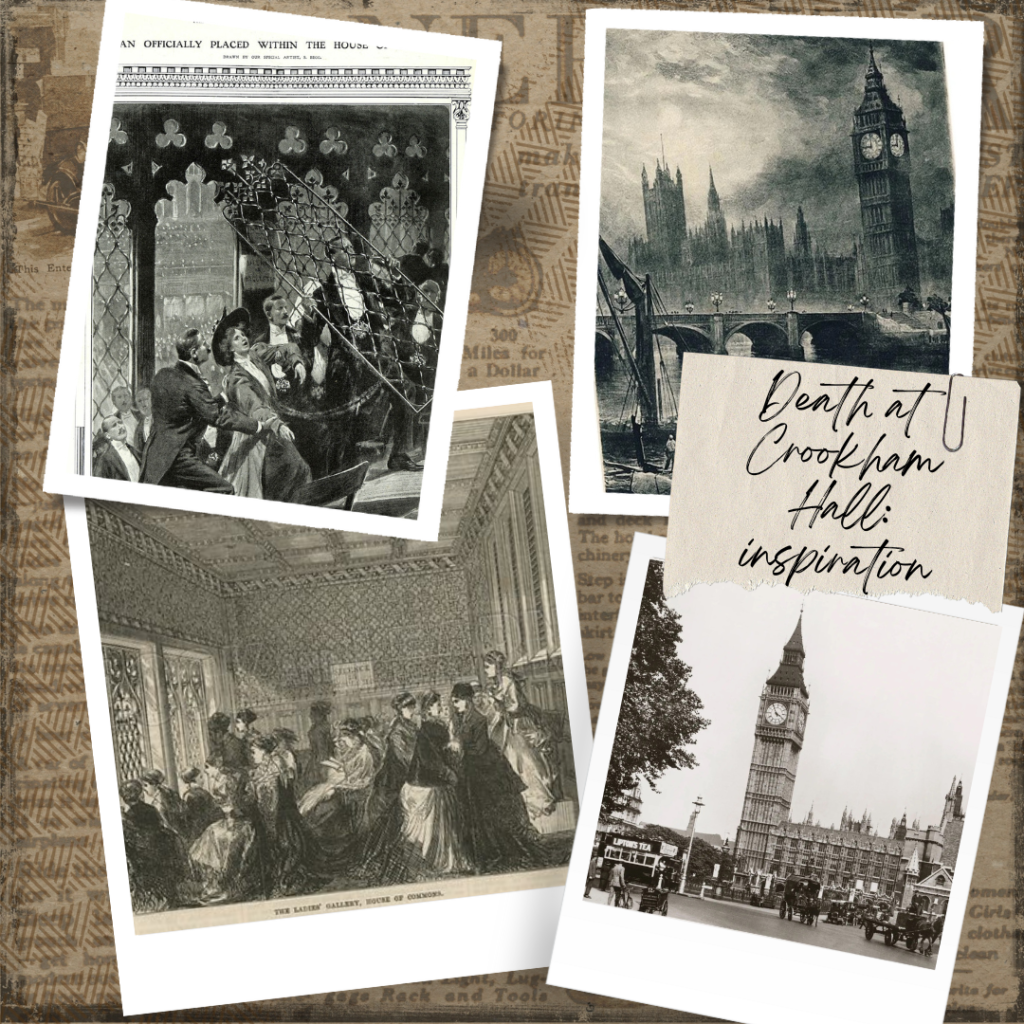 In Death at Crookham Hall, Iris investigates the death of her mother during a daring suffragette protest six years earlier. In May 1914, Violet Woodmore broke into the House of Commons and vandalised the metal grilles of the Ladies’ Gallery.

The event is inspired by the actions of three members of the Women’s Freedom League. On 28 October 1908, Muriel Matters and Helen Fox chained themselves to the grilles of the Ladies’ Gallery while Violet Tillard lowered a proclamation into the chamber below.

The Ladies’ Gallery was situated high above the Speaker’s Chair and offered a poor view because of its steep angle. The unglazed window arches were fitted with heavy metal grilles to screen ladies in the Gallery from the debating chamber. As a result, the Ladies’ Gallery and the grilles became symbols of women’s exclusion from Parliament and a target for suffragists.

The Iris Woodmore Mysteries are set in northeast Hampshire, where I live, and inspired by real-life events in 1920s Britain.

Iris’s hometown of Walden is based on the town of Fleet in Hampshire, which once included the parishes of Church Crookham, Crookham Village and Dogmersfield.

Waldenmere Lake is inspired by Fleet Pond, Hampshire’s largest freshwater lake and a Site of Special Scientific Interest. Fleet Pond Nature Reserve encompasses heathland, marshland, woodland, reedbeds, and is home to a diverse range of species, thanks to its varied habitats.

The Timpsons of Crookham Hall

When Iris turns amateur sleuth to investigate the truth behind her mother’s death, she goes in search of a missing suffragette who worked as a maid at Crookham Hall.

Crookham Hall is the ancestral home of Lord Tobias Timpson and based on Dogmersfield House, now the Four Seasons Hotel, in Dogmersfield Park, Hampshire. It’s a typical Georgian country house with additional wings added later to form a three-sided courtyard. Originally a palace stood on the site, and it was where Henry VIII met his future wife, Catherine of Aragon.

Dogmersfield Park encompasses parkland, farmland, and woodland – and the Basingstoke Canal follows a looping course around two-thirds of the estate.

The bridge provides the link between these two worlds.

Death at Crookham Hall is the first instalment in the Iris Woodmore cozy mystery series by Michelle Salter and it’s OUT NOW! Get your copy today for JUST 99p!: 🇬🇧 https://amzn.to/3w7UlNI 🇺🇸 https://amzn.to/3iD8FLm