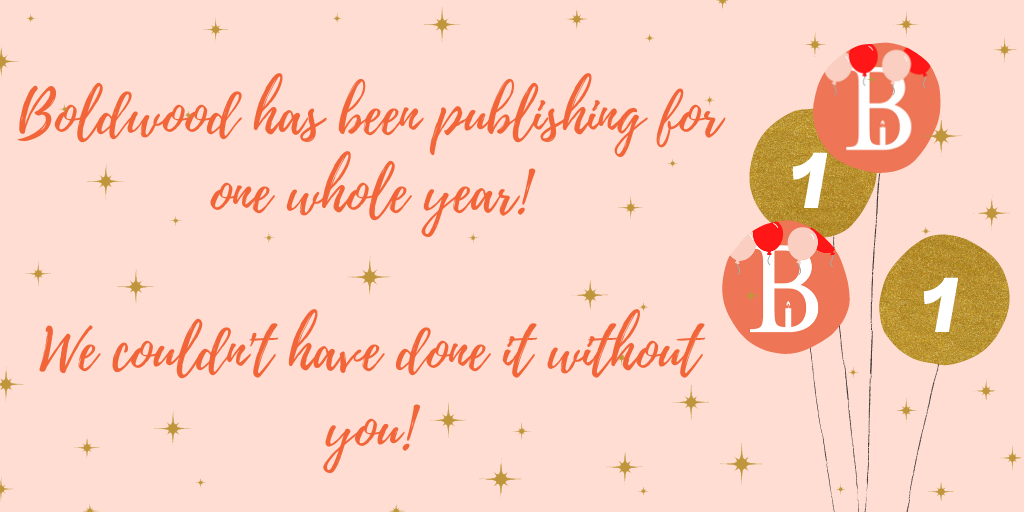 A year ago when Boldwood Books published the first book of the four book contract plus my backlist, that I’d signed with them, I had no idea how much my life was about to change.

It’s no lie to say that I was on the verge of giving up when Boldwood opened for submissions. I’d all but decided I’d stop with the books I had out there In the world, give up trying to get an agent or another publishing contract and do other things. So, when I sent my latest completed ms off to Boldwood it was with no great hope or expectation.

The day I received the e-mail saying they would like to offer me a four book contract, starting with the story that became Villa of Sun and Secrets and which has subsequently become my bestselling book ever, selling over 75K copies since it was published this time last year, I was more than over the moon with delight. Over the following months my Boldwood books have received numerous orange bestseller flags on Amazon not only in the UK but also in America, Australia and Canada. Something that I could only ever dream about. The Danish rights for Villa of Sun and Secrets and Riviera Retreat have also been sold.

Since joining Boldwood I have been a very busy woman indeed. Three new novels written and published – one, A French Affair, coming in this anniversary week. I’ve also edited and lengthened two of my backlist and this week I’m about to start a new book, the last in that original four book contract.

A friend, who knows Amanda, Nia and Caroline well, left a comment on my joyful FaceBook announcement that I had signed a contract with Boldwood, saying ‘Congratulations – you’ve got a good team there’. At the time I didn’t realise how good a team they were – but I definitely do now.

Experienced, always approachable, amazingly hardworking (sometimes e-mails come in marked as having been sent at midnight or even later!) they have definitely achieved their stated slogan of ‘Publishing Reimagined’.

Thank you Amanda, Nia and Caroline for daring to be imaginative and personal in the publishing business and for including me in the journey. To misquote that saying from The Godfather, “It’s not business, it’s personal”. It may be a business in the hard world of publishing but the team at its heart, also care personally about their authors. And that is why Boldwood Books rock and I love being a Boldwood author!