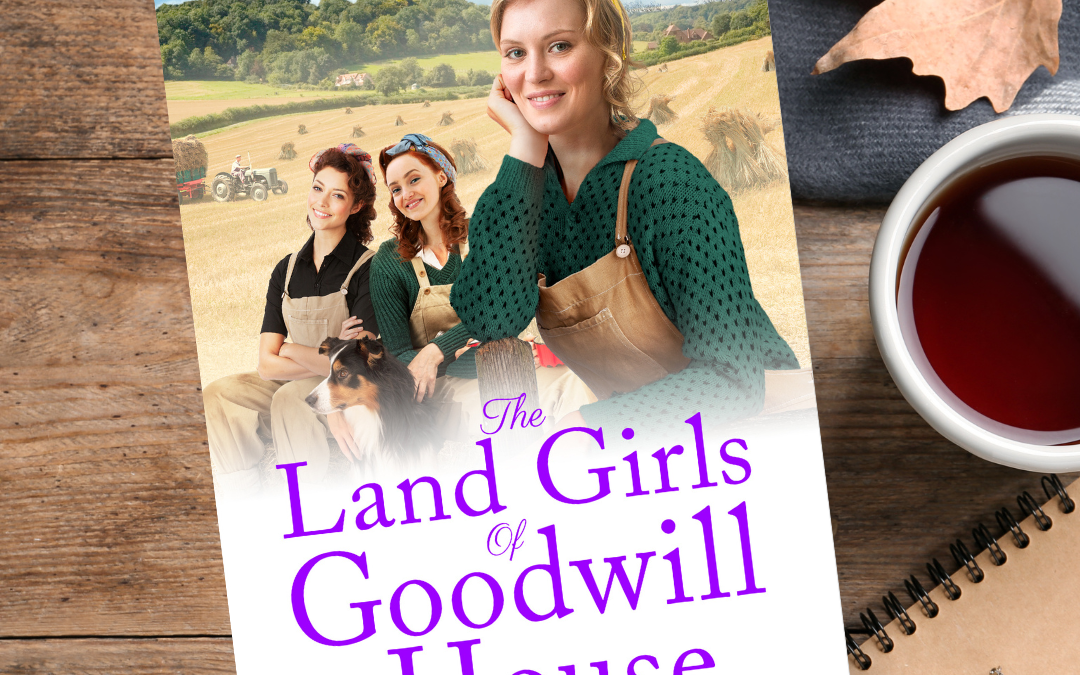 When harvest started at the end of July clocks were moved forward two hours to allow as much light as possible to gather in the crops. The girls and the remaining farmhands and farmer work from dawn till dusk. They couldn’t risk any of the precious grain been damaged by bad weather.

Every available acre of land was ploughed up and planted with grain, potatoes or other staples which meant, as men were conscripted or volunteered, that farms were desperate for the land girls. They did the essential job during the war of keeping Britain fed

Farmers had old-fashioned cutters and binders – combine harvesters were very rare in those days. Some farms – the one that my land girls worked on – used Shire horses to pull ploughs and cutters.

At the beginning of the process a farm worker had to cut a pathway around the field with a scythe so the binder could start. A girl might be told to have a turn with this but was warned to jump if they felt the scythe slipping otherwise it could cut their legs off. The girls had to walk around the field stooking and this was a hot and tiring job. It meant picking up a sheaf of wheat under each arm and then propping them up into a little pyramid.

There were hundreds of rabbits living in the fields and when there was just a small amount of grain left uncut the dogs were sent in and the men had their guns ready to shoot the rabbits that were hiding in the remaining corn.

The main crops are wheat, barley and oats. Wheat was the heaviest and barley and oats were much lighter. The girls tended to roll up their sleeves and trouser legs in order to keep cool. The girls would get very thirsty and their flasks would soon be empty. There would often be a crock of water and a ladle so they could nip over and get themselves a drink when they had a moment

Harvesting might sound jolly but it was hard work and there were often minor, and sometimes more serious accidents. There was one occasion when the cereal hadn’t been loaded onto the cart correctly and when the horse moved off to it slipped taking the unfortunate land girls sitting on top with it

A land girl in Norfolk was driving a tractor with a trailer attached to the back. Halfway across the field this trailer became detached. The driver carried on unaware of what had happened and the trailer careered across the field heading for a hedge. The three girls inside the trailer managed to jump out seconds before it crashed. The driver of the tractor came racing back and reattached the trailer but none of the girls wanted to get back in. Fortunately none of them were seriously hurt.

Fenella’s brand new book The Land Girls of Goodwill House is out now! Pick up a copy here: