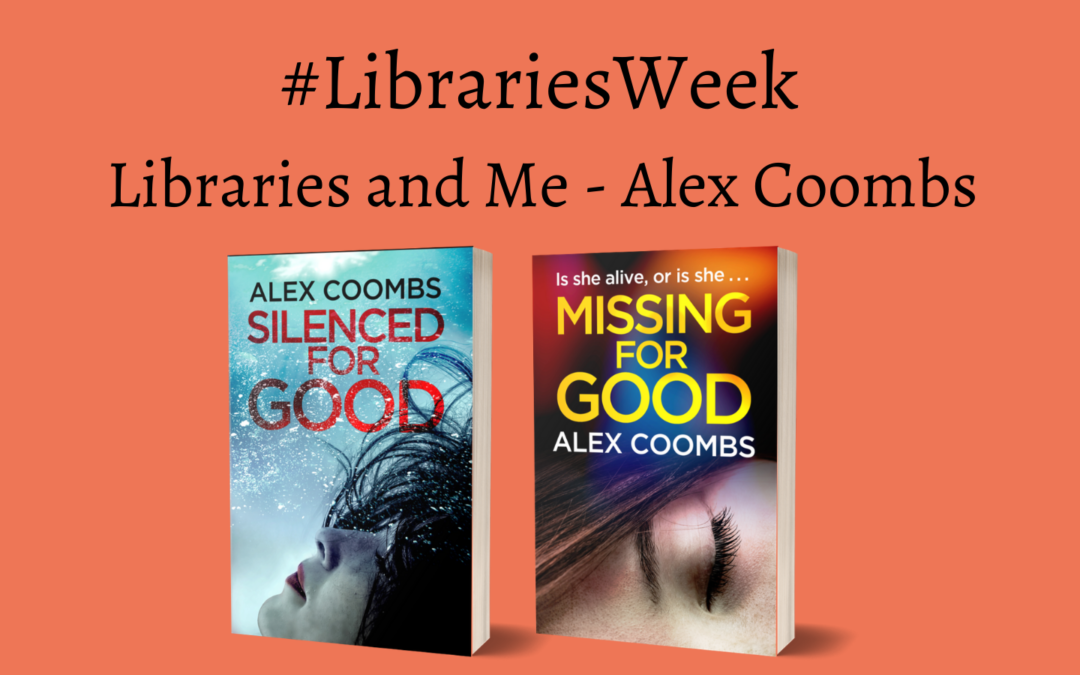 Libraries and Me – Alex Coombs

Growing up as a kid in a small town in Bucks was as dull as it sounds. My local library was the principal (and easiest way) of getting out of Bourne End. I chose the interplanetary route by reading my way through their Sci Fi section. I still remember the Gollancz books with their distinctive yellow spines, Heinlein, Asimov, Arthur C.Clarke. Philip K Dick was a little too avant-garde for Bourne End. There were lots of others.

There was a library at my school that had the complete Oxford English Dictionary in god knows how many volumes. The only ones that were ever opened were the C volume and the F volume. No prizes for guessing at which pages these fell open at as I marvelled at seeing the F and C words. In print, in a book ! I doubt today’s generation of schoolchildren would be as impressed.

Then I did escape, both Bourne End and school. At Edinburgh Uni in their library, I haunted the mysteriously (to me) named ‘stacks’ and read twentieth century Eng Lit, although I was supposed to be studying Arabic. Much more pleasurable to read Martin Amis or John Updike than Taha Hussein’s Al Ayyaam, a damn sight easier too.

Post Uni I worked in Sudan in a large town, Wad Madani, that had, courtesy of the British Council, a kind of sub-library that nobody ever went to, apart from me. I read lots of Ford Madox Ford (!) while living in a mud hut by the banks of the Blue Nile. Ian McEwan got me through malaria. That’s a surreal juxtaposition.

Then I moved to Egypt, on to Cairo British Council and their library, re-reading Anthony Powell’s Dance to the Music of Time and Lawrence Durrell’s Alexandria Quartet on the balcony of my cramped flat in Zamalek to the tune of endless car horns drifting up from the street below.

Back in Britain, living in North London, my library became Highgate Library which was a red-brick building near the tube station. I quite liked small libraries, you end up reading things you wouldn’t normally, because you’ve picked all the low-hanging fruit and end up taking out books on antiques, or getting hooked on Anita Brookner.

Then we decided to move back to Bucks. We had kids and I would go to Amersham Library and Beaconsfield to get picture books to read them stories from. Babette Cole, especially Doctor Dog was a particular favourite.

I would get through so many of them. I would take my full allowance, twelve I believe, at a time. At bath-times, unable to use a book, I would make up my own adventure stories for the kids using their bath toys as characters. There was the Reverend Seal ( a green, cloth seal) who was a reformed armed-robber turned Vicar, very Ray Winstone. He lived on a rock in the Atlantic and would preach to shoals of fish. He was married to Rosie (a Barbie doll) and she was pursued by Lord Dolphin, caddish, criminally inclined, ( a blue plastic dolphin), who was in love with her and spoke like Lesley Phillips (‘Ding-dong…caramba !’).

The kids grew up. I started writing and I still get a huge kick if I see one of my books in a library. I still pine for the old days when books were still stamped and you could open the jacket and see how many times it had been taken out and when it was last read.

I still use libraries, mainly for research. I am currently writing a crime story set in the nineteenth century.

I also started re-using the kid’s reading book section again, not for the children though.

My mother has dementia and is completely unable to follow a plot, or let’s be honest, recognise who I am. But she did enjoy (pre-Covid – current restrictions don’t allow this) looking at the brightly coloured pictures in story books, or, if it’s an alphabet book, working out the letters.

The wheel has come full circle.