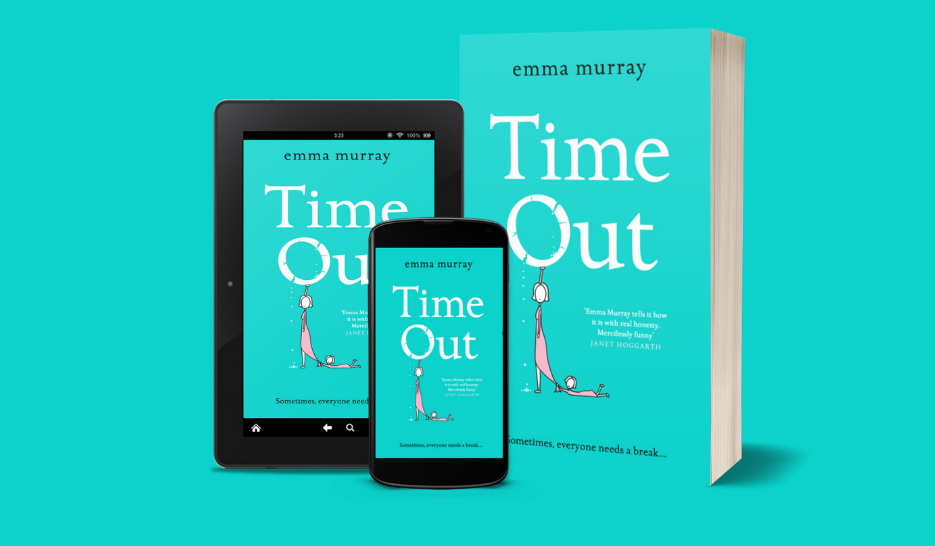 The Reluctant Teacher by Emma Murray

It’s been 22 days since my two children were sent home from school – one of them had a mild cough (not corona) – and I’m genuinely surprised the majority of my nerves are still intact. The initial shock and realisation that I was to become a full-time mother (a role I never wanted to play) and an instant teacher (to which I am also unsuited mostly because of my severe lack of patience) took at least a week to wear off. And let’s not forget my actual job – you know, the one that quite handily pays for food and stuff. Where on earth was I going to find the time to home-school the kids and meet all my work deadlines?

Then I had a brainwave. I wasn’t alone in this! I had a husband with whom I could divide the childcare – we would draw up a neat colourful timetable and paste it to the fridge, and I would work part of the day and he would work the other part (there would be no deviations – it would go swimmingly!). Except we didn’t even get as far as getting the paper out because it turned out he was as busy as I was. These days, he only appears from his makeshift office in our bedroom (rickety stool and unstable foldable table) when he’s hungry, and doesn’t tend to receive a great reception if I’m being completely honest. So, how have we managed?

Firstly, I get up early and try and squash in as much work as I can before home-school starts at 9am. Then I hand out worksheets to the kids to complete, answering work emails on my phone during those rare moments when neither of them needs my attention. In the afternoon, we do science experiments, art, Lego, baking, and if all that sounds a bit smug – it’s not. The truth is I am entirely incompetent at the majority of their schoolwork – maths might has well be a different language to me, and being a writer doesn’t automatically make you a superhero at English– what on earth is a subjunctive clause anyway? But I can bake cupcakes, follow a basic science experiment, and create a Lego ice-cream stand with my bare hands; all of which is enough to distract the kids from my other inadequacies. On Friday, we all slump in front of the telly to watch a Netflix documentary (this is because the word ‘documentary’ automatically means it’s educational).

Every day, when home-school finishes at 2pm, I race to my desk to try and fit in more work, while the kids make a beeline for their iPads (oh blessed, blessed invention). Not more than 40 minutes goes by before the seven-year-old utters the words that never fail to fill me with an icy chill: ‘I’m bored’. I have a silent cry to myself, before tearing myself away from my screen to try and find something for her to do by herself– but of course she doesn’t want to play alone – she wants me. So, I spend the next hour or so simultaneously doing a puzzle, glancing at the clock, willing the hands to move forward, and after what seems like an age, it finally happens. The zoom playdate. Every day at 4pm, the two girls join Zoom with their friends, leaving their harried mother in peace for one precious hour. It’s the only time of day I truly have to myself to work.

In truth, it’s tough but it’s not all bad. The tissues might have run out from all the tears of frustration, the throat lozenges may be running low from all the shouting (often a family affair) and the swear jar might be full to the brim but at least a few things have helped keep us sane. A committed effort to ‘finish’ Netflix in the evenings, plenty of Zoom wine dates with friends, who I rarely get to speak to under normal circumstances, and the silent agreement between myself and the husband to sack off all the housework until the world becomes upright again, make it all just about bearable.

But just to be clear. The day that it is officially announced that the schools are back in operation again will be the best day of my life (and that includes my wedding day).

Emma’a book Time Out is released on 26th May 2020. Pre-order is available for the ebook, audiobook and paperback now. Get your copy by clicking on the covers below: 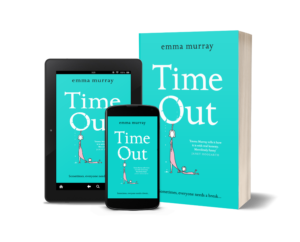