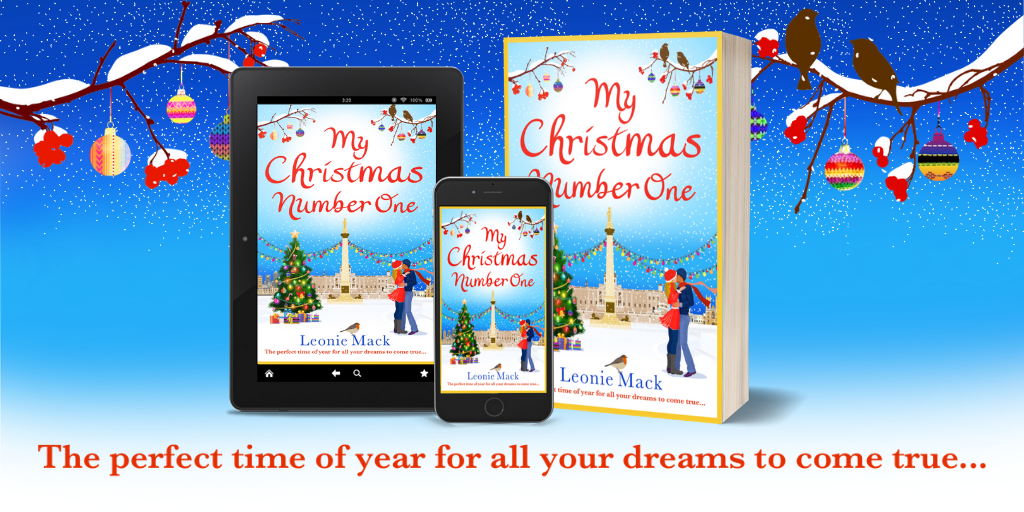 The opening scene of My Christmas Number One actually takes place in June, with the second chapter in August. Although Christmas looms (particularly for the heroine, who isn’t a fan of Christmas) over the story, there is a lot of music that influenced the book that is not related to Christmas.

You’ll all want the Christmas music in a few months, but, as it’s September, let’s start with the Latin music in My Christmas Number One instead of rushing ahead to December. Get ready to dance—with your mum, your kid, your significant other or alone, as we’re all used to dancing after the year we’ve had!

Colombian popular music has been making in-roads in the mainstream recently, particularly in the US, with artists like J Balvin and Sebastian Yatra. And you can’t talk about Colombian music without mentioning Shakira in the first paragraph. But Colombian music has a long tradition, of course, and a lot of variety outside of Reggaeton and pop. Here is a little snippet of the music that inspired My Christmas Number One (non-Christmas edition!). It’s mostly pop music, because that’s what the book is about, but there are some more traditional tracks for the essential Colombian feel, too.

There was one clear choice for the first song to get you all dancing: La Bicicleta. This song was a phenomenon across Latin America and the world, when it came out in 2016. And, like the song in My Christmas Number One, it’s a collaboration which took place partly by virtual communication (as one of the stars lives in Barcelona and the other lives between Miami and Colombia). These two are of course Shakira and Carlos Vives. The song has a bit of a nod to the reggaetón beat, as well as the traditional music of the Caribbean coast of Colombia and the video was filmed in Barranquilla (where Shakira is from) and Santa Marta (where Carlos Vives is from). The song also mentions Tayrona National Park, which is in the book (Shakira sings that she will show Gerard Piqué, her husband, Tayrona and he won’t want to go back to Barcelona!). This also has a great Zumba routine, if you’d like some inspiration! The title means, of course, the bicycle!

The second song to keep the party mood is another collaboration between two Colombian artists: Vivir Bailando by Maluma and Silvestre Dangond. Maluma is very much crossing over into the mainstream in the US and is one of Colombia’s recent darlings of pop music. He started out performing more rap/reggaetón and some of his songs are a wee bit naughty, but he’s certainly got pizzazz. Silvestre Dangond, on the other hand, started out as a vallenato singer, so on the traditional end, rather than urban. Although he’s crossed over into pop, he still works with an accordion player and his songs are distinctively Colombian. The song title means ‘to live dancing’.

One of my favourite songs while I was writing the book was ‘Ya no me Duele más’ by Silvestre Dangond. It’s an angry break-up song, but very easy to dance to! Listen out for the accordion.

For the family jam session in the book, I had to do a bit of back catalogue research, because I primarily listen to more recent stuff. When describing the first song they play, ‘a nineties favourite’, I imagined La Gota Fria by Carlos Vives, from his first album that started to make the crossover between vallenato and pop music. There are lots of other songs by Carlos Vives that could make it into this list. If you need a mood lift, stick on any of his albums! (One other collaboration of his I’ve listened to a lot this year is ‘Cuando nos Volvamos a Encontrar’, with Marc Antony. The title means ‘when we meet again’ and it’s been my lockdown song!)

I could do a whole extra post on the salsa, cumbia and vallenato. I listened to a lot of Totó la Momposina when I was writing the scenes in and around Barranquilla. ‘Me Llamo Cumbia’ (my name is Cumbia) is a fun song where she name-checks all the cities on the northern Caribbean coast of Colombia. Her song ‘Prende la vela’ (light the candle) was one I pictured in the family jam session, too. Javi would also have been heavily influenced by the salsa mix of Joe Arroyo, which makes any party better! ‘P’al Bailador’ is a fun salsa track. Enjoy the cow bell! He also has a track about Barranquilla: ‘En Barranquilla me Quedo’.

One of the other influences on the book was the band Bacilos – both their back catalogue, including their song Caraluna from nearly twenty years ago, and their most recent album, which, among others, features songs called ‘Perderme Contigo’ (get lost with me) and ‘Adicto a Ti’ (addicted to you), which will sound familiar to readers of the book. The single ‘Por Hacerme el Bueno’ also has the Colombian saying ‘agua que no as de beber, déjala correr’ (you don’t have to drink the water: let it run) in it, which is part of Javi’s character journey in the book. You can imagine how surprised I was when I looked more closely at the lyrics of that song after writing the first draft of the book and realised it had the saying in it!

This post could go on and on, but I’ll finish with one final artist who also influenced the book and whose music would definitely feature in the soundtrack! The artist is Fonseca, another one who’s had a long pop career between the US Latin charts and home in Colombia. His 2006 song ‘Te Mando Flores’ (I give you flowers) is very sweet and romantic and I also love a few other more recent songs, most particularly ‘Vine a Buscarte’ (I came looking for you) and ‘Entre mi Vida y la Tuya’ (between my life and yours). I love the sappy romantic themes!

This is by no means an exhaustive list! Other groups I would love to mention are ChocQuibTown (hip-hop with traditional styles), Morat (general pop with a bit of a Latin twist) and one of my absolute favourite bands, but they didn’t make it in here because they’re Cuban, not Colombian: Orishas (hip-hop mix again – although they did a wonderful collaboration with Silvestre Dangond called ‘Donde nací’ – where I was born – which is a bit of an anthem to Cuba and Colombia).

So set the volume to ‘dance’ and off you go! Enjoy.

A gorgeous sunshine-y #repost from @bookmusereview