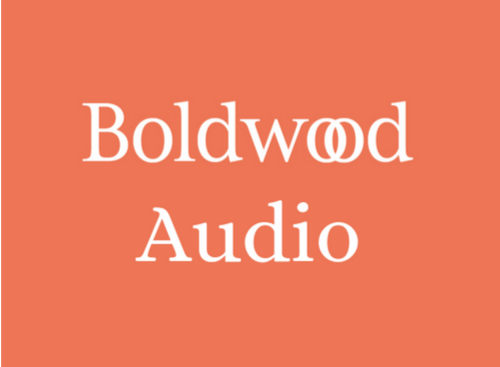 Ulverscroft, the world’s leading publisher of alternative formats, is pleased to announce an exclusive library distribution deal with new London based publisher Boldwood Books, founded by the former CEO of Head of Zeus, Amanda Ridout.

Starting from August 2019, Ulverscroft will be distributing Boldwood’s diverse frontlist, which includes exciting debut authors as well as existing library favourites, to their global library market through monthly releases of physical audiobooks as well as eAudiobooks through their uLIBRARY digital platform.

Isis Audio, the Oxford based audiobook publishing arm of Ulverscroft, will be recording and producing Boldwood’s range of titles.

Michele Petty, Managing Director of Ulverscroft said ‘Ulverscroft is absolutely delighted to be partnering Boldwood Books, both in respect of recording and mastering of titles, and also in ensuring that titles and authors become accessible to libraries worldwide, as physical and digital audiobooks.  Amanda and her team are all that publishing should be, and we have no doubt that the future will be exciting and positive for all concerned, most especially for the authors’.

Amanda Ridout CEO of Boldwood Books said ‘Boldwood are thrilled to be partnering with Ulverscroft in the audio space.  Together we will marry the authority, expertise and global reach of Ulverscroft with the exciting potential of the Boldwood author list which showcases the best in commercial fiction from established bestsellers to dynamic debuts. Our partnership is doing something genuinely new – recognising that the audio format is an intrinsic part of the publishing offering – available in both digital and physical – simultaneously with other formats and not as an afterthought.’

Ulverscroft is one of the longest established and best-known publishers of large print and unabridged audio books around the world. Based in Leicestershire, Ulverscroft release 56 exclusive audiobooks a month across its numerous imprints, which includes Isis Publishing and Oakhill Publishing.

Never give up on a wish for a happy ever after...

A little bit of #mondaymotivation from Pippi Longs

Happy Friday everyone! 🙌🏻 Looking for the pe

Anyone else joining us with this #newyearsresoluti

Our first cover reveal of the year and what a bril

The final day of the Book & Tonic advent calendar

It’s #Day22 of our advent calendar and we can’

Happy Friday before Christmas! 🥳🎄 we have su

#Day19 of the Book and Tonic advent calendar! 🎉

#Day18 on the Book & Tonic advent calendar and tim

Hope everyone is having a great week! It’s #Day1

It’s #Day16 of the Book and Tonic advent calenda

Hope everyone is having a lovely weekend! It’s #

Happy Friday everyone as it’s #Day13 of the Book

To celebrate #Day12 of the Book & Tonic advent cal


Error: API requests are being delayed for this account. New posts will not be retrieved.