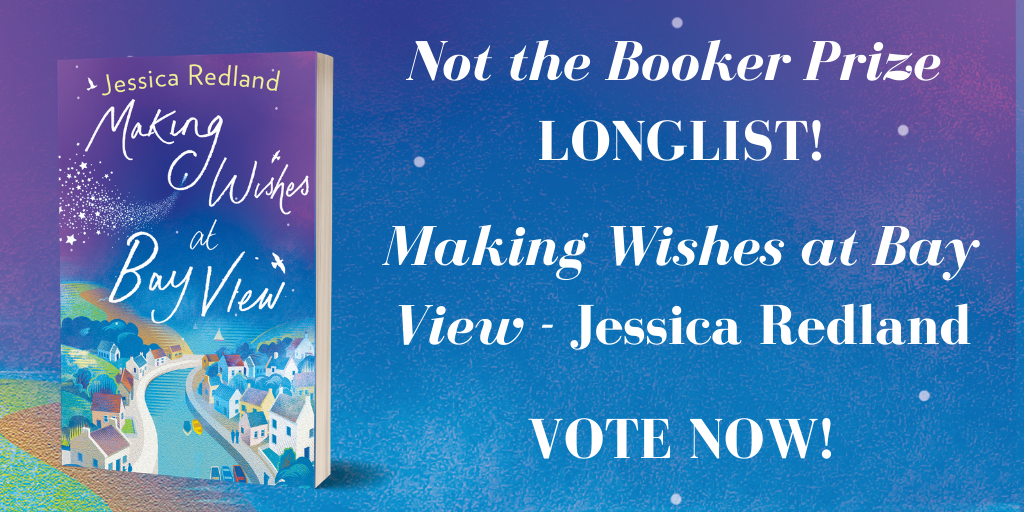 I’ve been nominated for the Not The Booker Prize. Eek!

It was launched by The Guardian in 2009 so this year is its twelfth year. Whereas The Booker Prize is judged by a panel of experts, the Not The Booker Prize invites public participation and the aim is therefore to have a wider commercial appeal.

The longlist is derived purely from public nominations. Launched on 20th July, the public had until 1st August to nominate a book which met certain eligibility criteria (e.g. had to be written in English and published between certain dates). You can read about this stage here.

Which book was nominated?

Yesterday, the longlist was announced (you can read the article here) and I am thrilled to say that one of my books was included. An enormous thank you to the person or persons who nominated Making Wishes at Bay View.

There are a whopping 211 books on the longlist representing a vast array of genres and publishers and there are some HUGE names on there such as David Mitchell, Phillip Pullman, Dorothy Koomson, Marian Keyes and Hilary Mantel. Wow! Just to be in company like that is thrilling … and super-duper overwhelming!

The next stage is to whittle down the longlist to a much more manageable shortlist of three. Yes, three out of 211! The public are needed again here as they’ll be the ones to help whittle it down.

And this is where I need you…

Have you read and loved Making Wishes at Bay View? Would you be willing to write at least 100 words on why you loved it?

Voting is via the comments section on the longlist article so your starting point is to access the article here and scroll down to the bottom of the page where it says ‘comments’ (see bottom left of screen shot). This is below the longlist itself, below the bit about subscribing, and below all the adverts. You do need to register but there’s no cost.

So, in your comments box, it would look something like this:

Reasons: [insert 100+ words e.g. brief outline of story (use the blurb for help – pasted at the bottom of this blog post) but the main focus would be what you loved about it which could draw on the style of writing, the plot, the setting, the main characters and their relationships, the secondary characters, sensitivity of how difficult subjects are handled, humour v emotions, how it made you feel and so on]

Reasons: These do not have to be provided for the 2nd vote but can be.

Please do follow these rules carefully as a scroll through the comments boxes so far reveals so many that are not going to count because they have only given one vote and/or there’s not a proper review of at least 100 words. It would be such a shame to go to the effort then have the vote disqualified for not meeting the criteria. 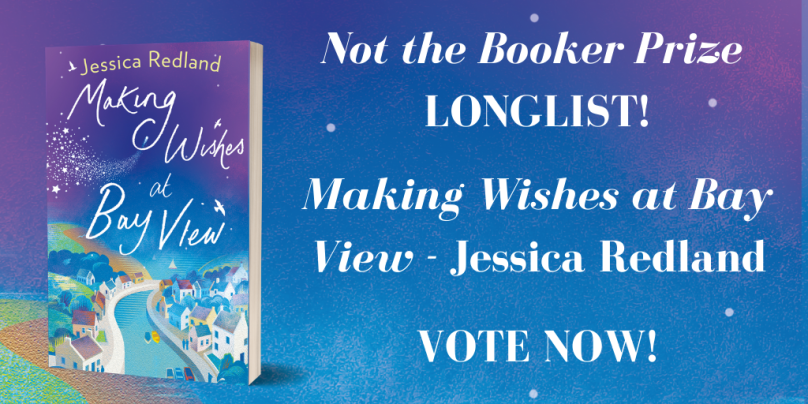 Voting is already coming in thick and fast. At the time of writing this on the morning after the shortlist was released, there are already 201 comments (although not 201 votes as there are some comments among them and some double-comments where the voter has forgotten to add in their second vote – oops).

The deadline is end of the day on 16th August 2020 with the shortlist announced the following day. Why not act now while it’s in your mind?

Why do I need you?

The romance genre is often over-looked and dismissed as ‘fluff’ yet is one of the most widely read genres, more so recently when escapism from the worldwide pandemic is needed by so many. Ironically, very few books I’ve read don’t contain romances – romantic relationships are, after all, a huge part of our lives – but they simply aren’t packaged as romances. It would be amazing for our genre to have a book that has provided pure escapism during such a challenging time to be represented in the shortlist. Of course, I would be personally thrilled but I feel there’s a bigger picture here.

And, of course, looking at those HUGE names on the list, I’m a tadpole in an enormous lake so any support would be so very much appreciated. So far, a quick scan has suggested I don’t have any votes… yet. But I’m hoping that will change! Or I might cry. A lot!

Thank you in advance. I can’t tell you how much I appreciate this. If you haven’t already read Making Wishes at Bay View, it’s available on eBook on AppleBooks, Kindle and Kobo and there’s time to squeeze it in. The blurb is below. 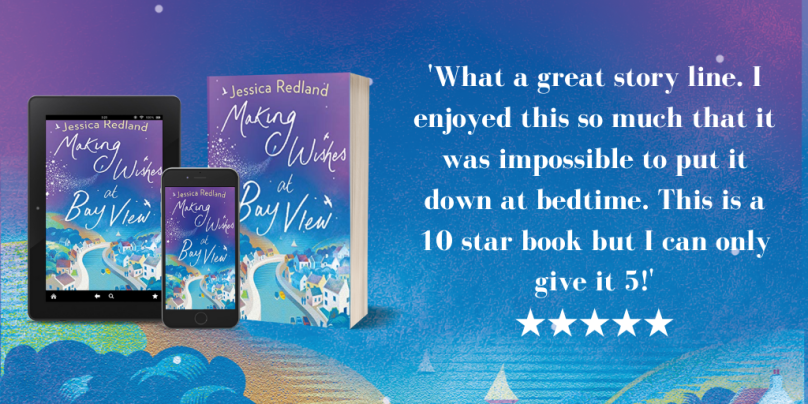 Never give up on a wish for a happy ever after…

Callie Derbyshire has it all: her dream job as a carer at Bay View, finally she has found the love of her life. Everything is perfect.

Ex-partners are insistent on stirring up trouble, and Callie’s favourite resident, Ruby, hasn’t been her usual self.

But after discovering the truth about Ruby’s lost love, Callie is determined to give Ruby’s romantic story the happy ending it deserves. After all, it’s never too late to let love in again. Or is it?

A heartwarming and uplifting novel of finding love and friendship in the least expected places from top 10 bestselling author, Jessica Redland.

This book was previously published as two novellas – Raving About Rhys and Callie’s Christmas Wish.

What readers are saying about Making Wishes at Bay View:

‘This book did not disappoint in the slightest’

‘It is written really beautifully’

‘This book exceeded my expectations’

‘From start to finish, I was hooked’

‘It is totally heart-warming’

‘What a sweet, charming, and enjoyable read about finding love and discovering who you are yourself’