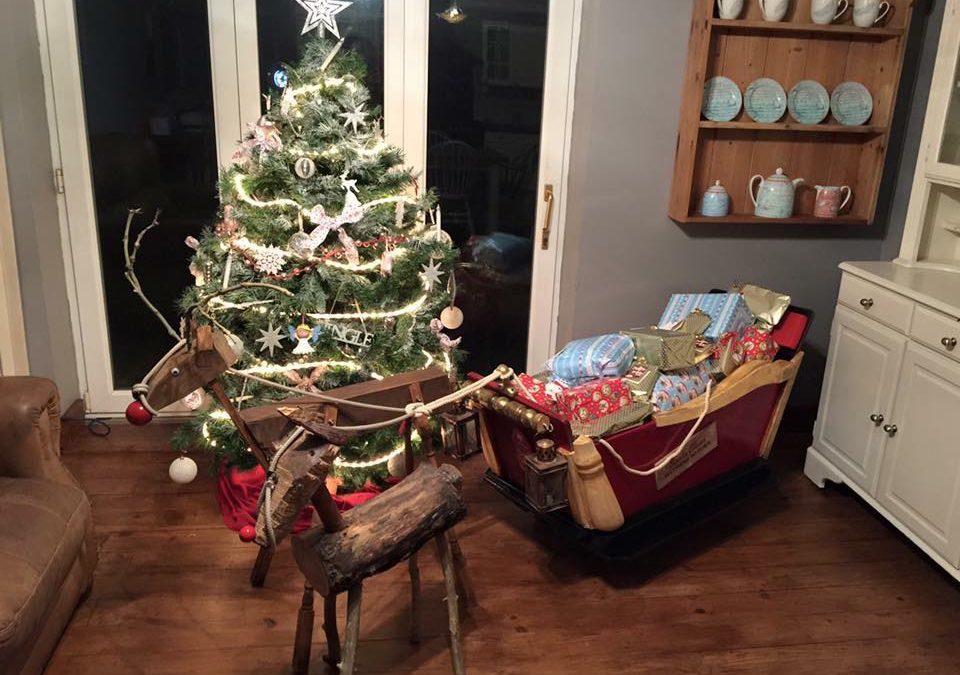 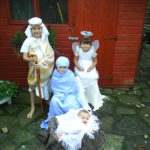 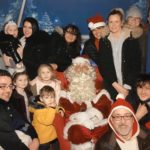 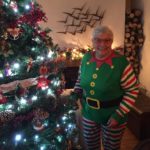 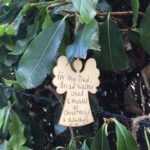 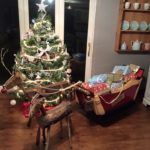 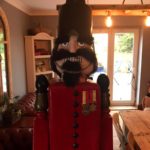 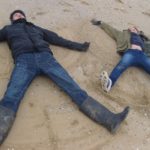 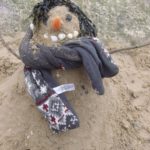 Many of the above photos and their related Christmas tradition anecdotes feature in my books. My favourite Christmas photograph of when my children and step children were small is above – the baby in the crate is now coming up for sixteen. We started this tradition of making a Christmas card each year and it lasted until they got to an age where I could no longer persuade them to do join in! Now it’s only my 83 year old mum who will join in the Christmas picture tradition and the second photograph shows what a lovely elf she makes.

Over the years of having my own family we have created a number of Christmas traditions, which have evolved as the children have got older. We always get the Santa Train on Christmas Eve (third photo attached), which is a miniature stream train that runs along the Romney, Hythe and Dymchurch line. As the children have got older, they’ve enjoyed seeing their younger cousins meet Santa, although the rules ‘allow’ for children up to fifteen to get a gift from Santa Last year there was lots of laughter, and the sort of teasing that only families can get away with, when my then fourteen year old son had to go and get his gift from Santa. He’s already looking forward to this year as you can imagine, the only saving grace is that it will be his last!

We hang wooden stars or angels on the tree at our village church every December, as shown in picture four, to include family and friends who are no longer with us in our Christmas celebrations, which is a lovely way of making them feel close.

Every Christmas my husband makes a new decoration for our collection, as shown in the fifth and sixth pictures. This year’s decoration is a six foot tall nutcracker soldier and the year before that a sleigh and reindeers fit for Santa Claus himself!

My daughter draws up a schedule of Christmas movies in November, setting out the films we will watch every night from the 1st to 25thDecember, which is a great way to get into the spirit of things – especially when so many other restrictions are in place at the moment. It’s also one Christmas tradition that children don’t grow out of when they hit their teens.

Of course children – young and old – always long for snow at Christmas, but we never seem to get it. We don’t let that stop us, though, and the final photographs show two of the children making snow angels and snowmen out of sand on one of our local beaches, which is definitely the next best thing!