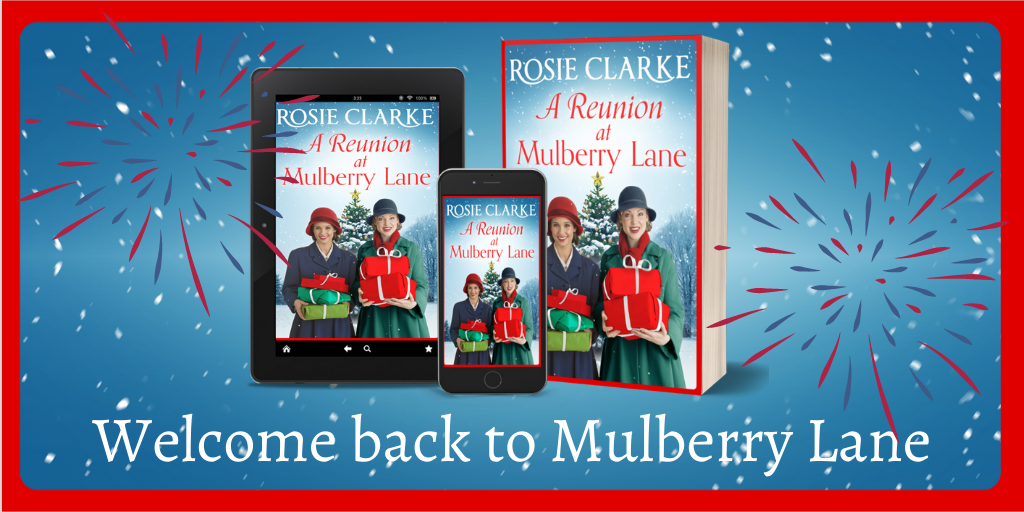 Hello to my readers.  Here we are again with the publication of Mulberry Lane 6.  When I started this saga, I envisaged a trilogy but it kept going, because there were so many stories to tell.  We started out with a group of three friends and I thought perhaps a book each but they took over and had so much more to say than I could have imagined at the beginning.  Characters do that, you know.  Authors often find their characters decide what they will or will not do – and if they try to deny them it doesn’t work.

So, after the war, Peggy said goodbye and went off to live and work in the Devonshire area, but though she was happy there, her life didn’t stop and she nagged me to tell the rest of her story.  “Don’t you want to know what happens next?” she demanded.  So, of course I had to listen, and this next instalment is just as she told it to me – though I might have improved the grammar a little – and she hasn’t finished yet.  “I’m not dead so don’t think you can just forget about me,” that’s what she says and so I have to start writing it down.  She can be quite impatient at times.

She has prodded me into writing number seven and who knows there might even be a number 8.  We’ll just have to see, because there are some other characters demanding my attention right now.  Sally Harper has been knocking recently so Peggy might have to wait a little.

Seriously, I have loved writing this series and the characters and their stories are so compelling that it is a daily joy to sit at my typewriter and let it all just flow into print.  I am so glad that readers seem to love the series and I hope the books give as much joy to my readers as they do to me when writing them. ?