Remember Me? by Amanda Rigby: The winner of our psychological thriller competition 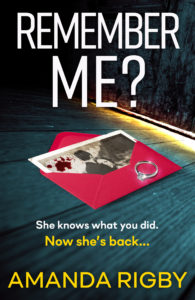 This is a traditional Maori greeting and since we both live in New Zealand, we thought it would be a nice way to start our blog post. We also thought it would be fun to talk a bit more about our writing partnership and our new book. For those of you who don’t know, Remember Me? by Amanda Rigby, which is out on the November 18, is actually written by two people not one. That’s right. Our names are Amanda Ashby and Sally Rigby and we’ve been friends for almost nineteen years (and of course we still look just as young!) 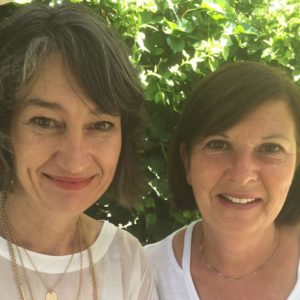 We met through Romance Writers of New Zealand though at the time Amanda was living in the UK and Sally had just moved from the UK over to New Zealand. Back then we were both unpublished authors and would read each other’s work and provide chocolate and pompoms as we chased publication. Since then our families have become close and we spend most Boxing Days together (though sometimes those Boxing Days can happen in the middle of July, but we still make sure we have all the trimmings).

Between us we have written over forty books, but it wasn’t until last year that Sally suggested we try writing a book together. It seemed like a fun idea so we began brainstorming over the phone and we quickly came up with the idea of a guy whose ex-fiancée starts sending him messages over social sedia to say she’s back in town. Of course he’s very confused by this since his ex-fiancée is dead. And he should know, since he was the one who killed her. We were both really excited about the set up so we plotted it out, and then got to work.

Because we’ve been friends for so long we already knew each other’s strengths and weaknesses so we decided Sally would do the first fast draft and Amanda would then takeover and finish it off. We definitely hit a few road bumps along the way, and quickly discovered we hadn’t plotted enough of a story, but we were still excited enough about the premise to push through.

When we had the idea we hadn’t quite decided what to do with the book so Sally made a list of three potential publishers we could approach. One of them was Boldwood Books, but unfortunately they were closed to submissions. Then not long after they announced a Psychological Thriller Competition, and it seemed like fate!

When we were shortlisted and then won, it was incredibly exciting and there were several giddy phone calls (our long suffering husbands are used to hearing our phone calls so they very understanding!)

We have since finished our second book together and after remembering to do a more detailed plot, we’re both really excited about it. Of course what we love best about the whole experience is that we can now officially get together and say that we’re working.

Remember Me? by Amanda Rigby is out today!

When you know you've met the one... ❤ @lisahobma

✨ COVER REVEAL ✨ We are so excited to share th

⭐️ COVER REVEAL ⭐️ What drives a woman to

How are you relaxing this Sunday? Let us know in t