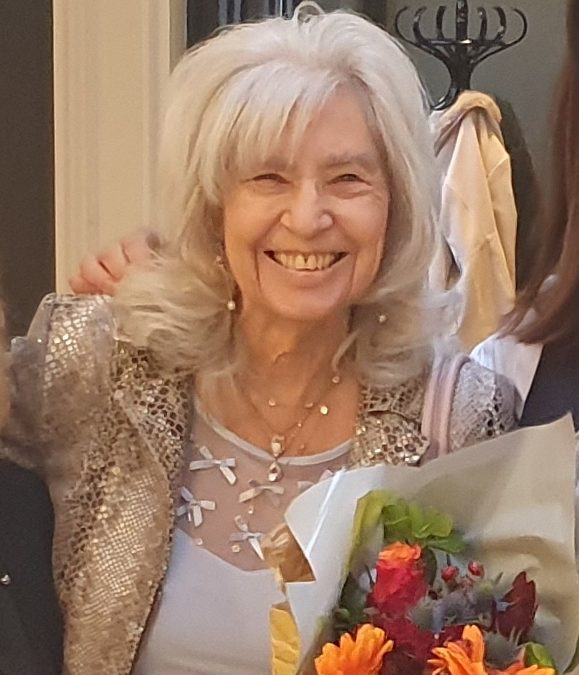 The question everyone always asks me is – where do your ideas come from? – and I’ve never been able to tell them because they just pop into my head but thinking about it I’ve realised that a good book is like a great film and can be years in the making.  The moment a writer puts pen to paper is but one step in a long road, the culmination of thoughts and ideas that have been simmering away like a fragrant stew.

My Shop Girls Series began to take shape when I followed my wonderful editor to Boldwood Books.  My agent suggested that I work on the idea for a Shop Girls Series.  We had talked about this on and off for a while and I decided I would make it my next work.

Because the Mulberry Lane books were set in WWII I wanted a different time scale so went back to the earlier period in the twentieth century.  Naturally, I had to begin with the outstanding tragedy of the Titanic. It was unlikely that Beth, Sally, Maggie or Rachel would travel on that luxurious liner but the sister of Ben Harper might. As the part owner of the new emporium in Oxford Street, Jenni Harper could be involved in the tragedy, though we don’t want to lose her. She will be too important in the future.

Also it was possible to bring in the experiences of a steward on board that tragic ship, saved from a watery grave and returned as a hero.  The son of one of Harpers’ employees we now had an emotional tie to that terrible event.

Beth is now a shop girl at Harpers.  She met Sally and Maggie at the interview day and caught sight of Rachel Craven, who would be her supervisor.  Until she came to Harpers Beth had lived quietly caring for her invalid mother. Now, suddenly, she has friends, a good job and perhaps a lover who will come to mean so much.

Maggie is the youngest of the three and has much to learn of life and love. Tragedy will soon touch her but her friends will help her to survive.  Sally has been alone, a survivor against the odds for too long but now life is about to change for her, to bring her a career beyond her wildest dreams, although it also brings uncertainty and hurt.

So this is how a series begins in my head and unfolds step by step. Now you my lovely readers can experience the way life unfolds for the shop girls in this lovely series, following them as they journey through a terrible war and into the dazzling future…

The Shop Girls of Harpers is out now!