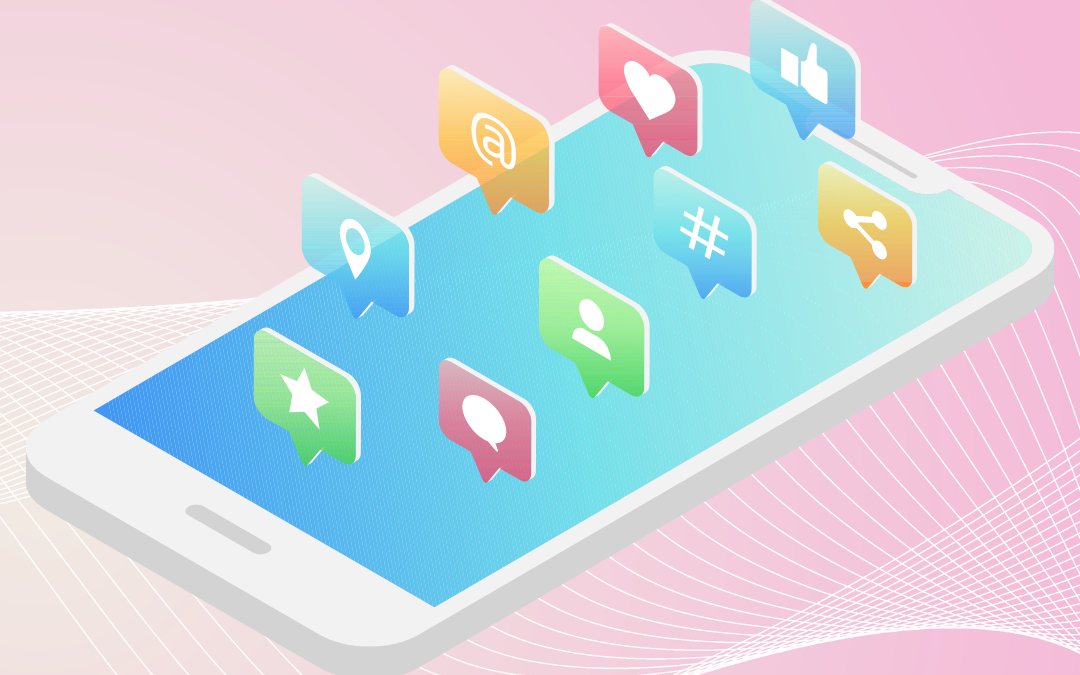 Share this:
Writing about the impact of social media 📱🖊 A blog post by Sarah Bennett!
Social media is everywhere and it’s impossible to write a story set in current times without reflecting that aspect of life. I’m sure we’d all like to escape it sometimes, but it’s also made keeping in touch with family and friends so much easier – particularly during the pandemic when personal connections were vital to keep us all going.
There’s a darker side to social media, however, and I wanted to reflect that as an underlying theme throughout the Mermaids Point series. The whole premise starts with a viral video drawing hundreds of visitors (and the hero) to the Point and it’s also the thing that initial brings together the final couple in the series.
As an author, social media is a lovely way to meet new readers, but it also exposes me to criticism that I might otherwise have chosen to avoid. Every book will garner some negative reviews and every reader is absolutely entitled to their opinion. Do I have to read those opinions, though? It’s hard not to when I get tagged in a bad review, or worse, if someone uses the access I give to readers to send me a private message telling me what they hate about a book or pointing out a mistake. It’s difficult to describe how derailing an experience that can be, especially when it’s not something I’ve been expecting. If I choose to look at reviews, I’m mentally prepared for there to be an element of criticism, if I’m just sitting at my desk trying to work and a DM pops up and it’s someone being rude to me then that can completely ruin my day.
Has social media made us more antisocial? Has the privilege of instant access erased our sense of propriety? Would you come up to me in the street and tell me my book was rubbish? I suppose some people would, but I wonder sometimes if the unreality of the world viewed through a screen makes us forget we are talking about and talking to real people, with real emotions.
We’ve all seen the vilification of famous people online. Why do we take sides in something that isn’t really any of our business? Why are we investing so much of ourselves in online fandoms to the point we become irrational in our defence of an actor/ author/popstar we don’t know? I think social media creates a false sense of intimacy that makes us think we have a stronger connection to people who are essentially strangers.
I’m not immune to it. I read something, I react and sometimes I fling out a post. Then I wonder why I did it. Do I really have a strong opinion about this, is it really something that matters to me, or have I bought into the performative nature of social media and I’m responding to the pressure of feeling like I not only have to have an opinion, but that I must be seen to express that opinion publicly.
Also is it really what I think, or is it what I think I am supposed to think, or is it what social media is telling me I am supposed to think? Look at what trends on Twitter every day. Most of it isn’t nice. Twitter doesn’t care about mine or your mental health, it cares about engagement, it cares about driving traffic to its site, it cares about clicks and retweets. Why should I care about what an algorithm is manipulating me to think about? It’s something I’m still trying to resolve and why exploring these kind of themes is something I think is worth writing about.