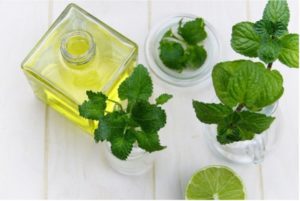 One of the things I like most about writing the Cornish Midwife series of books, is being able to bring new lives into my imaginary world in whichever way I want. If you’re a subscriber to my mailing list, you should already have received a free short story ‘The Cornish Midwife’s Christmas Present’, which features a very unusual location for the arrival of a new baby. If you haven’t read the story, but would like to, you can sign up to the mailing list here: http://bit.ly/JoBartlettNewsletter

Whoever it was who said that fact is stranger than fiction was so right. Whatever storylines I might come up with, they’ll probably never be able to compete with some of the true stories I’ve discovered. Take Sally Bunkham for instance. According to metro.co.uk, when Sally was pregnant with her first child, she mistook labour for what she assumed was extremely painful trapped wind. For two days, she tried using the peppermint oil her GP had prescribed to help ‘release’ the cause of her problems. After all she couldn’t possibly be in labour, she still had four weeks to go… It was only when she went to hospital for a routine scan, forty-eight hours after the pain started, that she discovered she really was in labour and the baby was born an hour later! 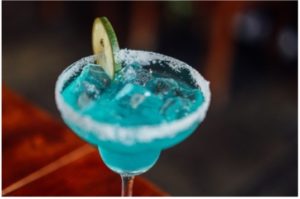 Then there’s Nina Motylinski-Davies, whose story featured in The Huffington Post. Nina’s husband missed the chance of trying gas and air during her first labour, but he wasn’t going to miss out second time around. The only trouble was he took a little bit too much, ending up naked in the birthing pool and demanding margaritas from the midwives, before dancing around the room to a soundtrack of Neil Diamond hits!

Just like in ‘The Cornish Midwife’s Christmas Present’, the place where a baby is born can add some drama. Over on whattoexpect.com, new mums have shared stories about the unusual locations where their little ones arrived. Heather Bell didn’t make it to the hospital in time and ended up giving birth on the side of the road in the passenger seat of her boyfriend’s pick-up truck. Heather gave her baby boy the middle name Dodge, after the make of pick-up truck where he was born, just so he’d never forget his start in life.  Angela Coughlin and her husband were in a similar rush to get to the hospital, when they were pulled over by a state trooper doing 102 mph. After the police officer discovered why they were in such a rush, he accompanied them the rest of the way, but that didn’t stop him issuing a speeding ticket once they reached the hospital!

Perhaps the strangest stories of all are the ones where mums-to-be didn’t even realise they were pregnant until they got the biggest surprise possible. Chelsea Keenan’s story, which was featured in the Manchester Evening News, is just one example. Chelsea was rushed to hospital with what everyone – including the paramedics – assumed was acute appendicitis, only for baby Elliot to put in an appearance halfway to the hospital. Even more unbelievably, this was the second time that mum-of-five Chelsea hadn’t known she was pregnant until she was past the thirty week mark.

I really enjoyed reading the stories featured in this blog post and I think that’s why I love writing the Cornish Midwife series so much. There’s never any shortage of drama, emotion, humour or feel-good factor when you are writing about expectant mothers, newborns and the brilliant midwives who take care of them. I hope readers enjoy ‘A Winter’s Wish for the Cornish Midwife’, which is out today, and, in early 2022, ‘A Spring Surprise for the Cornish Midwife’ will offer a whole new take on surprise deliveries! 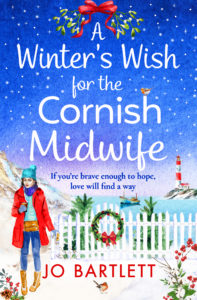 When you know you've met the one... ❤ @lisahobma

✨ COVER REVEAL ✨ We are so excited to share th

⭐️ COVER REVEAL ⭐️ What drives a woman to

How are you relaxing this Sunday? Let us know in t