#SpookyReads IT: I Dare You – Kirsty Ferguson 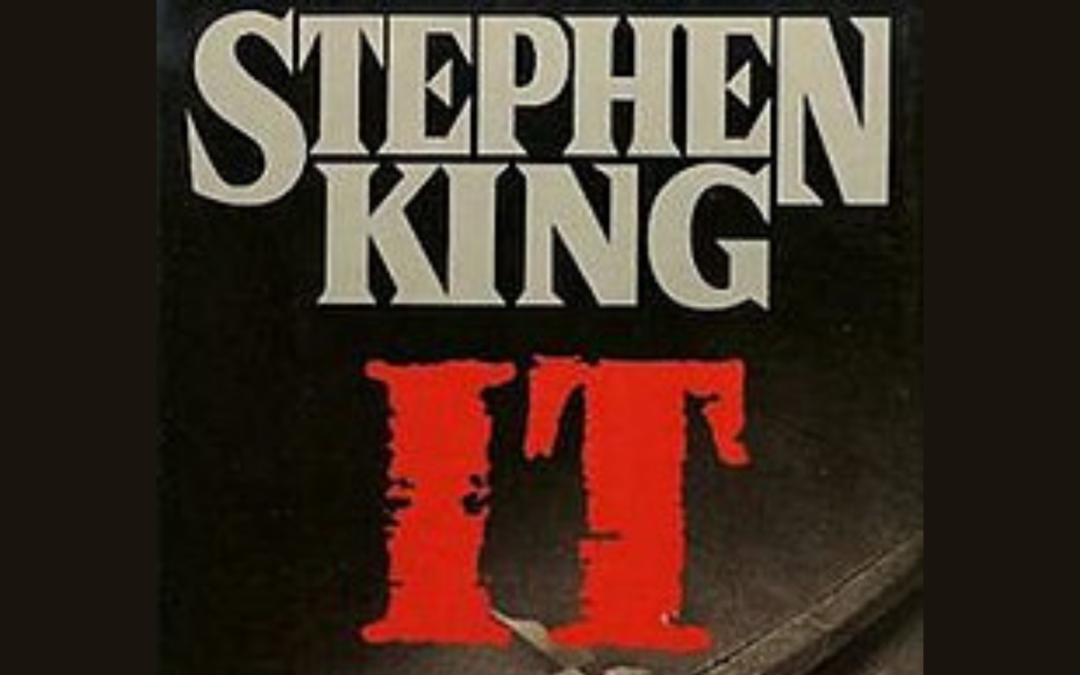 I Dare You – Kirsty Ferguson

The year was 1986. Halley’s Comet had shot through the sky, permed hair was the look to have and Top Gun was playing at cinemas across the country.

It was a simple time yet there was something lurking under the surface, below your feet, something sinister, something horrifically scary, something inevitable.

Author Stephen King has been one of the most influential horror writers of our time, if not the best. After writing 18 novels up until 1986, King had cemented himself the King of Horror and he’s earned it.

I was 8 years of age when I discovered Stephen King. I snuck a copy from the shelf and read it hiding under my covers with a torch on. I was never the same again. So began a life time of reading Stephen King books, waiting for the next scare, the next piece of the puzzle to fall into place.

In the small town of Derry, something lurked beneath the surface, rotting and waiting. The town was picturesque, a wholesome place to visit but with an unusually high number of child disappearances. So where did they go?

IT was scary, IT was fascinating, IT had me reading long into the night, hiding my book under the pillow where I heard the floorboards scream outside my door. Every sound became sinister, every movement filled with evil intent but none more terrifying than Pennywise the Clown.

Don’t be fooled by the name, to those who know it, it strikes fear through the heart, terror through the mind and creates such horror that kids have known to go insane.

But in Derry, after the murder of his little brother Georgie, Bill seeks to find the truth of what happened that wet afternoon. He’s the leader of The Losers’ Club and losers stick together. A ragtag group, Bill, Ben, Ritchie, Beverley, Stan, Eddie and Mike try to find out what happened to Georgie, what’s happened to all the kids who’ve disappeared.

So there I was, reading, under the cover by torchlight, afraid of the dark

IT gave me a lifelong fear of clowns, of sewers and red balloons that has stayed with me til this day. I refuse to go to the circus, cringe when I see red balloons and view sewerage drains with suspicion. Could Pennywise just grab my leg and pull me in?

There are so many parts in this book that I could write about, that left me breathless, I mean, it’s a horror book but I’m going to share a passage that I think sums up why this book is scary to me.

‘But there was power in them. Diminished but still there. They had come here as children and somehow, against all the odds, against what was supposed to be, all that it could be, they had also hurt IT badly, had almost killed IT, had forced IT to flee deep down into the earth, where it huddled, hurt and hating and trembling in a spreading pool of its own strange blood.

It had always fed well on children. Many adults could be used without knowing they had been used, and IT even fed in a few of the older ones over the years – adults had their own terrors…but their fears were usually too complex. The fears of children were simpler and usually more powerful. The fears of children could usually be summoned up in a single face…and if bait were needed, why, what child would not love a clown?’

I have reread this book as an adult and I still stand by my fear of clowns as being totally justified.

We float….when you’re down here with me, you’ll float too! It just says it all, the countless dead, being one of them, joining their ranks, in the deep, in the dark, lost and afraid. What’s more terrifying than that?

I have never forgotten that line. I actually want it carved on my grave it made such an impact on me.

So this Halloween, if you want to be terrified, go on, read IT. I dare you.