The Inspiration Behind Confetti Over Bluebell Cliff by Della Galton 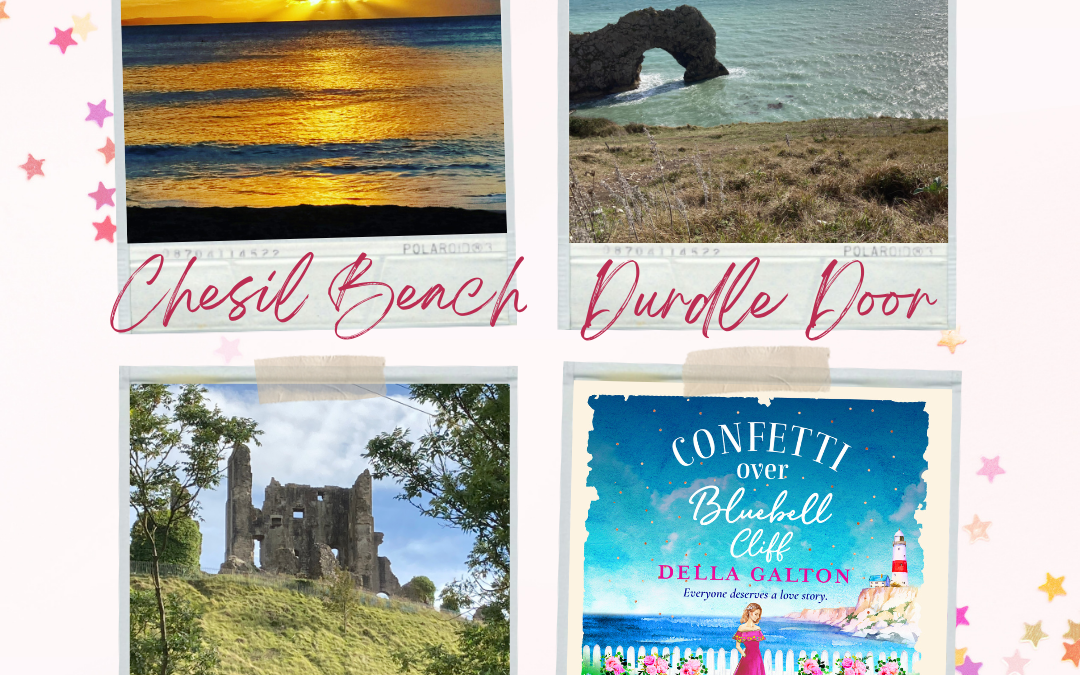 Have you ever wanted to lose weight for an important occasion? Yes, me too. And this is the challenge that Ruby Lambert has in book five of my Bluebell Cliff series. When a friend asked me if I had done much research for this book I could honestly say I’d spent my whole life researching it.

I LOVE food, but I’m not so keen on being overweight so I’ve lost weight (and put it back on again, countless times). I’m not a fan of gyms either, at least not the kind that mean you have to work out in public! I prefer the anonymity of my back room!

Ruby Lambert, my heroine, is only 34, but she put on two and a half stone after the birth of her gorgeous son. She’s on a mission to lose weight because in four month’s time she is chief bridesmaid at her sister’s wedding. Being the kind of girl who doesn’t do anything by halves, Ruby decides to join Booty Busters, a swanky new diet and exercise club that’s just started at The Bluebell Cliff Hotel.

Calorie counted meals cooked by the infamous Mr B, the fabulous chef at The Bluebell, and an exclusive cardio programme designed by You Tube sensation, Saskia York – surely this is a recipe for success.  What could possibly go wrong?

Lots, of course. If you’ve read any of this series, you’ll know that where Mr B is involved trouble will surely follow – even if it is trouble that’s very entertaining. He might be a fabulous chef but he’s also a conspiracy theorist who can’t resist winding people up.

Ruby and her fellow ‘Booty Busters’ including new grandmother, Dana, young mum, Becky, and Harry, a local multi-millionaire whose wife blackmailed him to join Booty Busters, are on a mission but the path of weight loss doesn’t run smoothly.

Something’s amiss at Booty Busters. Rivalry between Mr B and Saskia York threatens to sabotage the slimmers’ goals.

Are the meals too good to be true?

Will Mr B and Saskia ever see eye to eye?

Will Harry and his wife sort out their marital difficulties?

And will the people who are keeping the biggest secrets ever get rumbled?

Both Ruby and Harry discover that if it looks too good to be true it probably is and getting back on your feet when your world has been knocked sideways, isn’t just something that happens in an exercise class!

I had the best fun writing this story which is set in my home, fabulous Dorset. Corfe Castle, Chesil Beach and Durdle Door are the backdrop.

There are elements of every weight loss club and exercise class I’ve ever been to included. It’s the perfect antidote to dieting, I promise.

Get your copy of Confetti Over Bluebell Cliff now: