The Romance of Italy by Leonie Mack 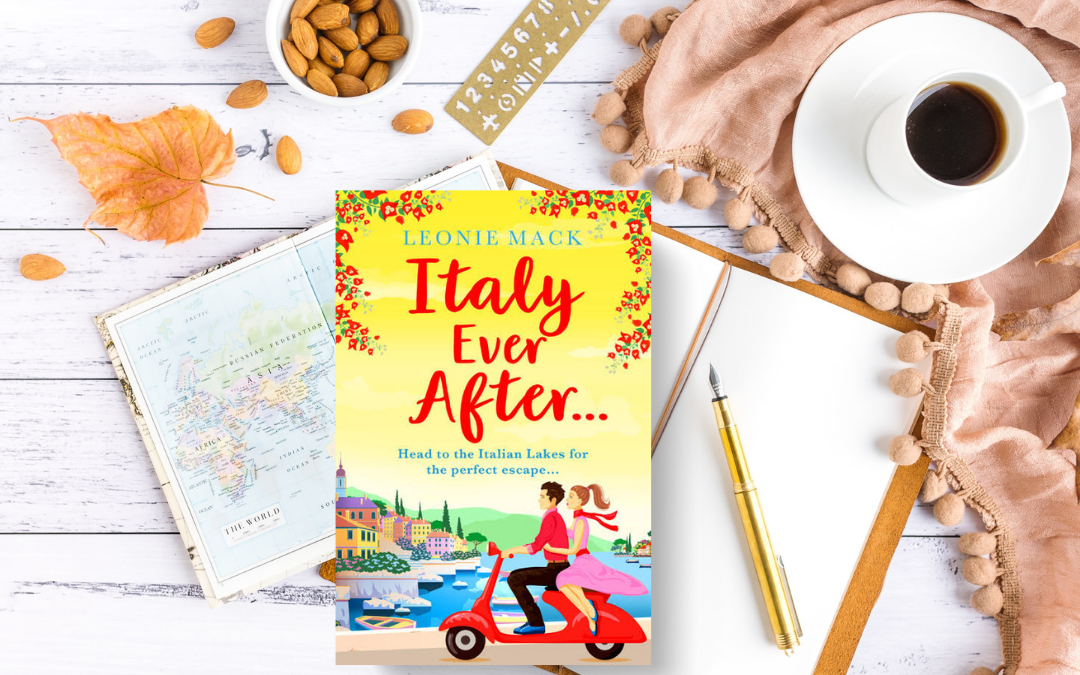 We’ve all had a lot of time to add to our bucket lists in the past twelve months. The start-up pictures from Windows on my computer are the closest I’ve come to reaching any of the places on mine and they seem to taunt me these days. But while many of us are thinking about places we’d like to go when ‘you know what’ goes away, Italy seems to have particularly captured our imaginations. But what is it exactly about Italy?

I was a late bloomer with my Italomania. I had travelled all over Western Europe and Scandinavia, quite a few places in Eastern Europe, Asia and North America before I ever set foot in the country! And then, it was only for a few hours before getting back on the train to Switzerland. But I fell in love. It has a gorgeous southern European feel with the rendered houses and warm shades of terracotta, but up in the mountains with deep colours and steep stone alleys and views that change every few seconds. Where was this magical place that impressed me in the space of three hours? It was Lake Como. I knew I had to go back.

What gives Italy such legendary status is the variety. Whether you want miles of breath-taking coastline or millennia of history, Italy has both. There’s rural idyll and bustling chic. It has all the familiarity of a European destination with a decodable language, but it’s just far enough east to have Byzantine gold and Arab arches in the palazzi of Venice (more about that in my winter book!), and the country reaches far enough south to feel like another continent in Sicily. It’s this variety that has made Italy a melting-pot of culture from Roman mosaics to Italian cinema!

And all this is before you start on the food! Italian food has been exported all over the world, but there is so much more variety than just pasta and pizza (although pasta and pizza are some of the world’s best comfort foods, which we all need at the moment!) From the fish and polenta of Veneto province to arancini of Sicily, a common thread in Italian food is the appreciation and combination of good quality, natural flavours. Whether it’s fresh, sun-ripened tomatoes or olive oil that’s sharp on the tongue, prodotto in Italia is synonymous with quality and enjoyment.

When I set out to write a sun-drenched summer book for armchair travellers, set in a place I longed to go at the time, I wanted Europe in miniature—the feeling of travelling easily through different landscapes, because our own views have been severely restricted this year. My first thought was the lakes, and Lake Garda specifically for the super hazy summer feel of the Garda microclimate. I loved the setting of a beach with a difference at sea level, with the heights of the mountains right there within reach. I loved the idea that you can see Switzerland and feel the influence of Austria. The lakes feel like you’re in the heart of Europe, but with the Italian zest for the good things in life. The setting suited the journey my characters were going to go on, gaining confidence and trust in themselves and each other. You never forget the first time you reach the top of a mountain (except my daughter, who was one year old at the time, on her father’s back!). I knew I wanted to write about mountaintop experiences as well as the laziness of summer days by the water.

Most importantly, I wanted to write about ice cream. Did you know Stracciatella ice cream (that’s the milky flavour with shredded chocolate in it – so much posher than vanilla choc-chip by the way!) was invented in Bergamo? And ice-cream is the ultimate holiday treat: enjoyed by everyone on every budget and choosing your flavour is half the fun! I’m a fan of pistachio, as well as coconut and mango (you can take the girl out of Australia…). What’s your favourite flavour?

Throwback to our team’s country escape to Dorset

☀️ COUNTRY ESCAPE ☀️ This week we are esca

Will their pasts be their downfall, or will they m

Escape to sunny Brighton with @scribbler_maxi’s

Look how beautiful the paperback of @knackeredmoth

Two women want their lives to change, but real lif

What an amazing quote from queen @jillmansell 💫

Taking this energy into the weekend 📚 #bookblog

How beautiful is this Danish translation of A Rivi

#TeamBoldwood in person! 📚🌻 Strategy day in

The inspiration 🌊 ➡️ the book 📖 Sisters