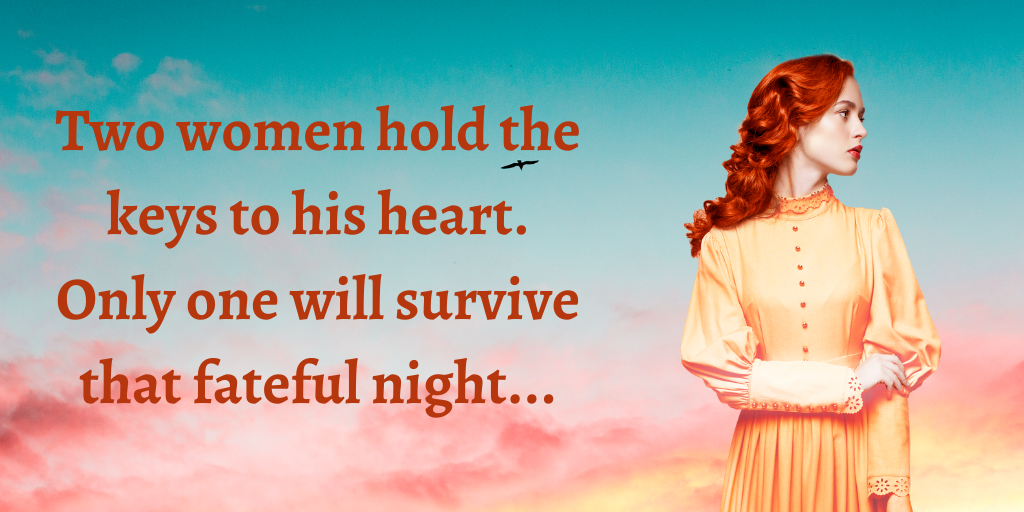 ‘Ava O’Reilly, you’re nothing but a common thief who brings shame upon this fine house,’ spewed Lord Emsy, wagging his fat finger in her face. ‘What have you to say for yourself, girl?’

‘A thief, am I, milord?’ Ava shot back, refusing to cower before a man so pompous and full of himself, even if he was her employer. With his wing tip collar and fancy silk ascot, he reminded her of a leg of lamb gussied up for Sunday dinner. ‘Says who? Your daughter?’ She narrowed her eyes, staring her accuser down. Lady Olivia greeted her angry look with a swift turning of the head, her nose in the air, but Ava wasn’t finished. ‘I’d rather dance with the devil than believe her.’

His lordship growled. ‘Then you deny stealing the bracelet?’

‘Aye, that I do.’ Ava smoothed down her shiny, black cotton uniform with her hands, making fists and fighting to keep her composure. Him with the glow of damnation in his eyes, accusing her like he was the Almighty Himself. She refused to back down. With the afternoon sun spilling an arc as bright as a pot o’ gold at her feet, she wondered how she, the daughter of a fine Irish mum and da, could be so unlucky. But here she was, accused of thievery because she was caught reading a book in a place where a housemaid had no right to be. The library. Now she was paying the price for her thirst for knowledge.

‘Well, how do you plead?’ asked his lordship.

‘I plead guilty to nothing more than reading your fine books.’

Ignoring her, Lord Emsy bellowed, ‘Then how do you explain this?’

He dangled a slender rope of sparkling diamonds in front of her nose, taking her breath away.

Ava swallowed hard. Each stone was a knot on the noose tightening around her neck.

‘I swear on me sainted mother’s grave, I never seen the likes of that till this morning.’

‘She’s lying, Papa,’ Lady Olivia decried. ‘She stole it from my jewel case and was trying to hide it when I caught her.’

Ava gritted her teeth. They both knew it was a lie.

Aye, what was a lass to do? His lordship’s daughter had hated her since Ava had first crossed paths with her, when she’d used the grand main staircase instead of scuttling down the backstairs. The breach of protocol had not only embarrassed the family, Lady Olivia scolded her, but Ava had attracted the eye of the young gentleman at her side. Lord Holm made no secret of his interest in the servant girl with the glorious red hair spilling down her back. Mary Dolores had warned her about him when Ava joined her sister to work as a housemaid in the grand manor.

A dandy, she had said, always ready to pat the bum of any servant girl he could get into a dark corner.

Did Ava listen to her? No. She was obstinate and bull-headed. A family trait, Mary Dolores admitted, shaking her head. Going through life casting her spell on every man caught looking at her. Ava paid them no mind, going about her way and insisting she didn’t need a man to better herself.

Unfortunately, Ava couldn’t control the wily fates determined to get in her way.

Her relationship with Lady Olivia became even more strained when Lord Holm saw her wearing a discarded dress belonging to her ladyship. Silk with delicate appliqué around the collar and cap sleeves, the vibrant emerald green set off her red hair.

And what was the crime in that, Ava wanted to know, since it was customary for servant girls to lay claim to their mistress’s tossed-away garments.

Her ears burned when she overheard her ladyship say to Lord Holm, ‘You never noticed when I wore that dress,’ to which he replied, ‘You never looked like that.’

The Runaway Girl by Jina Bacarr is available now in ebook, audiobook and paperback.

Click on the cover below to pick up your copy today.