The Saxon Settlement of Tamworth 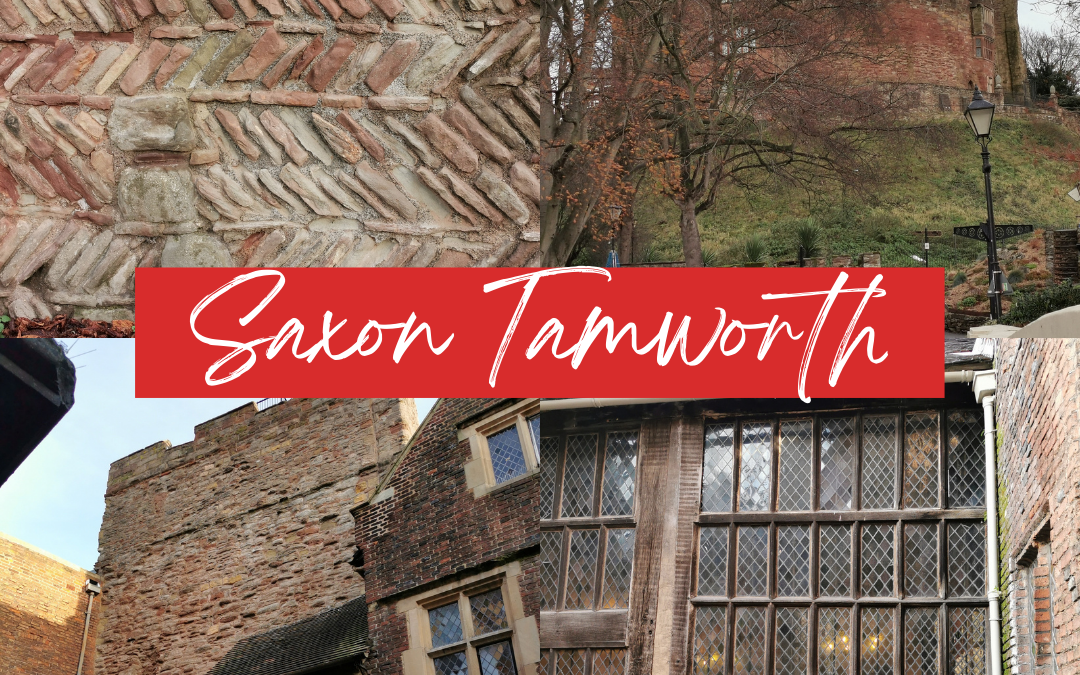 Like Lichfield and Repton, Tamworth has long been known to be a capital of the Saxon Mercian kingdom. Visitors today will find a more modern castle which variously dates from the end of Saxon England up to the Victorian era, and one which is crammed with fascinating detail, from the herringbone wall beneath it to the beautiful Tudor windows of the great hall. On my most recent visit, I can also inform you that it currently has a third of the fabulous Staffordshire Hoard on display and an excellent museum filled with all things Saxon. Castles, if they were built in the late Saxon period, and some of them were, would have been constructed from wood. It was only later that they came to be built or rebuilt in stone, as we recognise them today.

And even then, this castle would not have existed in the 820s and 830s. Indeed, it has proven to be very difficult for archaeologists to determine where the original settlement of Tamworth lay, no doubt, because much of it has been overbuilt, just as in most places where habitation has been almost continuous. Although a fire in 1345 might well have destroyed any remaining wooden dwellings. It has been possible to reconstruct Tamworth nearly a hundred years later when it was designated a ‘burh’, a defensive settlement in which the local population could seek shelter from the Viking Raiders and which had defensive walls.

But it is possible to imagine how Saxon Tamworth might well have looked. The rivers, The Tame and the Anker, run in front of the current castle, and there’s a slight rise, on which I used to spend many happy an hour running up and down the steps, with flowers blooming in the flower beds. From there, it would have been possible to see a reasonable distance south. The river would have been put to good use, and the remains of a water mill have been found and dated to the Saxon period, although slightly later than when the Son of Mercia takes place. Houses would have been built from wood, wattle and daub with thatched roofs, and there would have been workshops as well as residential dwellings. At the centre of the settlement, or certainly at the centre of its life, would have been a lord’s hall. While this hasn’t been found in Tamworth, it could have measured upwards of 24 metres long by 6 metres wide.

Get your copy of Son of Mercia here: