The true story behind Sunrise Over Pebble Bay – Della Galton 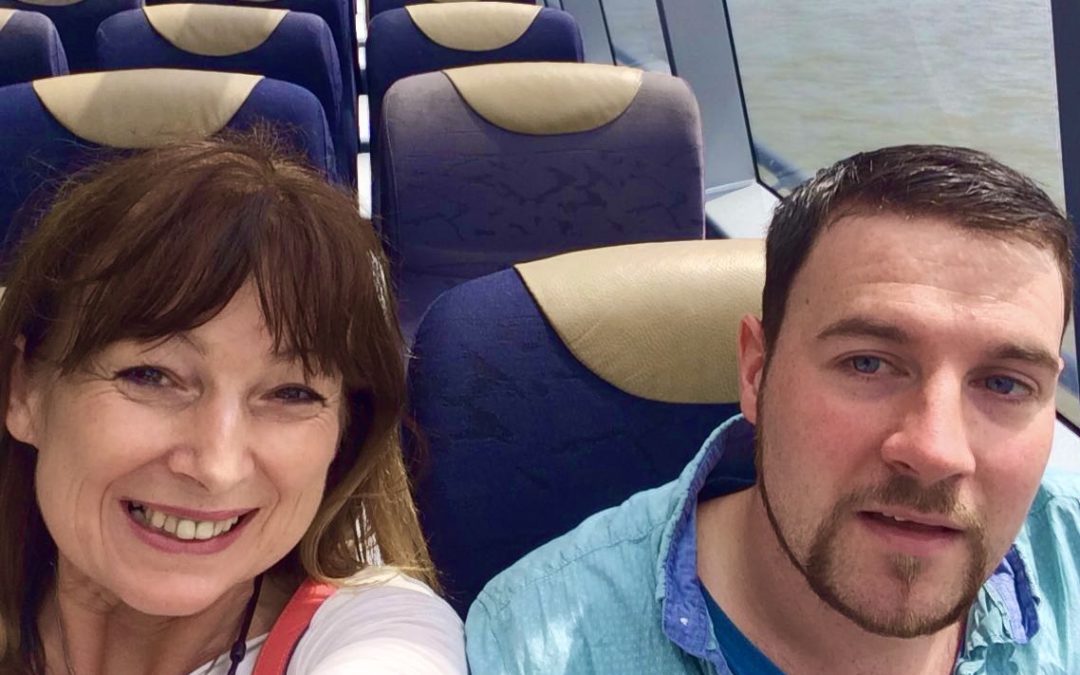 Sunrise Over Pebble Bay is a story that’s very close to my heart. Olivia, the main character has important decisions to make, one of which is, when is the right time to have a family? At thirty-nine she is afraid she may have left it too late.

Olivia is also an actor – she’s had several small parts but has yet to be offered the role that will launch her television career into the big time. She feels as if time is running out, both in her personal life and her professional one.

I remember that feeling so well. I’d always wanted a family, but I also knew that I wanted to be in a stable relationship before I had one and I didn’t get married until I was thirty-five. Also, I’d been a writer for years. I fitted it around my day job, just as Olivia fits her acting around her day job. I really wanted to write full-time.

Like Olivia, I wondered if I’d left both having a family and writing full time, too late. My husband wasn’t so worried. He had two children already, but then we discovered we had some medical issues to address. By the time we were able to start trying properly for a baby I was forty-one.

Olivia, on the other hand, is in a new relationship at the beginning of the novel and she doesn’t even know if her new man wants a family. The first thing she must do is to have the discussion with him.  She thinks he might be her soulmate, but he also has his heart set on a thespian career, so this is not an easy thing to ask.

My husband and I had difficulties conceiving. In fact, despite fertility treatment, it eventually proved impossible for me to conceive, but there’s a very happy ending to our story. I became very close to his children. Adam was just nine when I met him and Nikki was fourteen. We all had a great relationship – they were the best stepchildren ever. Nikki and I were passionate about horses so we had that in common. Adam and I were so alike, and so much on each other’s wavelength, that most people assumed we were related.

Like me, Adam chose writing as his career. He had his first short story published at the tender age of fourteen. Today he is editor of the Guinness World Records Book and I’m so very proud of him. Nikki now lives in Canada with her own growing up family and they love their life.

Because of my own life experiences, I’m a firm believer that love isn’t dependent on genetics. Families come in all shapes and sizes.

So, does Olivia get her happy ending? Yes, of course she does. All my novels have happy endings. But you will have to read Sunrise Over Pebble Bay to find out what that looks like.

Sunrise Over Pebble Bay is set in and around Weymouth, Portland Bill and Chesil Beach. These stunning locations provide the backdrop to my story that has at its heart the themes of choices, second chances and, of course, love.