The Vibrancy of 1990s Birmingham by Edie Baylis 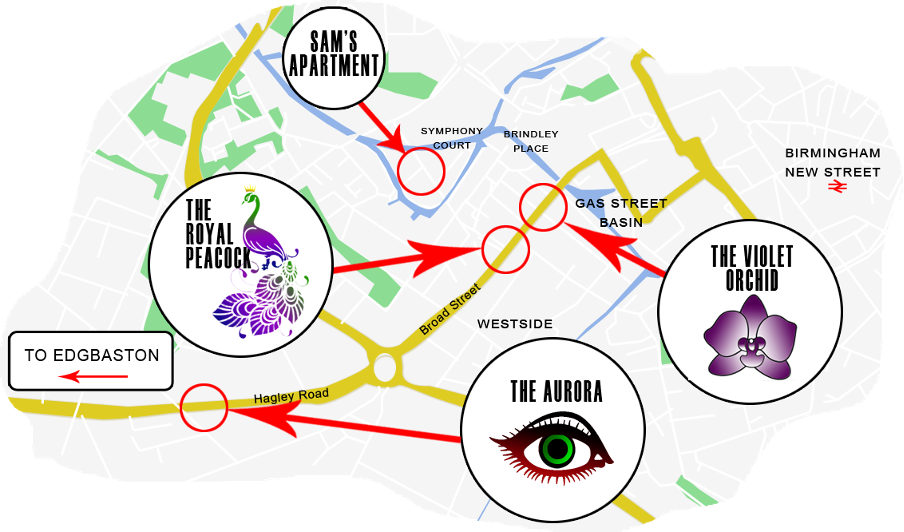 I decided to centre my latest series, Allegiance, in Birmingham for two reasons: one – many gangland books are set in London and, two – I wanted to encompass the vibrant and bustling city I grew up in and around.

The first book of my series, Takeover, concentrates predominantly in and around the city centre, where the two main characters in the story – Samantha Reynold and Seb Stoker live and run their businesses. These businesses and characters are, of course fictitious, but I hope that I have captured some of Birmingham’s life force with my descriptions of locations that were very much real.

On this map below, I have placed where Sam and Seb’s lives unfold: 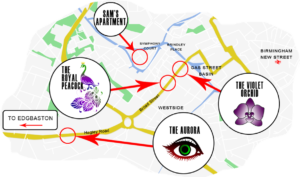 Birmingham has long been dogged with an undeserved reputation of being just old factories and smoke-belching industry, but since its recent facelift it’s getting the attention it deserves. For me, and which I hope is reflected in Takeover, Birmingham has always been much more than that.

I grew up in and around the city, where the genuine salt of the earth attitude of the hard-working Brummies has always shone through. The way the stretch limos queued alongside bashed-up Volvos, double-deckers and black cabs epitomised the different facets of this city which never slept. I loved the warrens of underground subways, which depending which way you went, led to bustling outdoor markets, spit and sawdust pubs or top-notch hotels, casinos and clubs. Two vastly differing sides coexisting together as one. 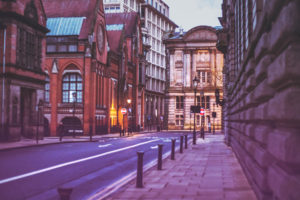 The choking diesel smoke from New Street station and the bus depot at Digbeth mixed with the smells and sounds of the outdoor and rag markets, where anything and everything could be bought, whilst the fascinating architecture of ancient buildings remained sandwiched between modern landmarks, such as the Rotunda.

In the 80s and 90s, Birmingham was vivid with live music and the alternative scene, as well as eclectic clubs, theatres and casinos. The regeneration of the Gas Basin and the more numerous canals than Venice, turned the surrounding dilapidated factories into luxury apartments. 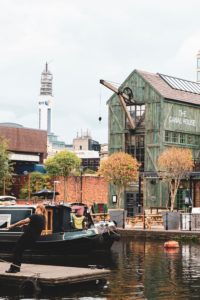 Punk rockers, bikers, hippies found their clothes in eclectic funky shops, alongside hosts of top department stores, whilst Temple Row and the financial district sat next to the backstreet workshops of the Jewellery Quarter. The rich, poor and the in between lived alongside each other in a way I have never seen anywhere else.

The days of the old Bullring, many markets, the Powerhouse, Millionaires, the Dome, Edwards No 8, Costermongers and Ronnie Scotts, along with several of the old casinos and a lot of pubs have long gone, making way for new and different things. And after 30 years of living in and around Birmingham, I may no longer be there, but the heart and soul of the place has never left me.

I hope you will all enjoy my Allegiance series.

Get your copy of Takeover below: