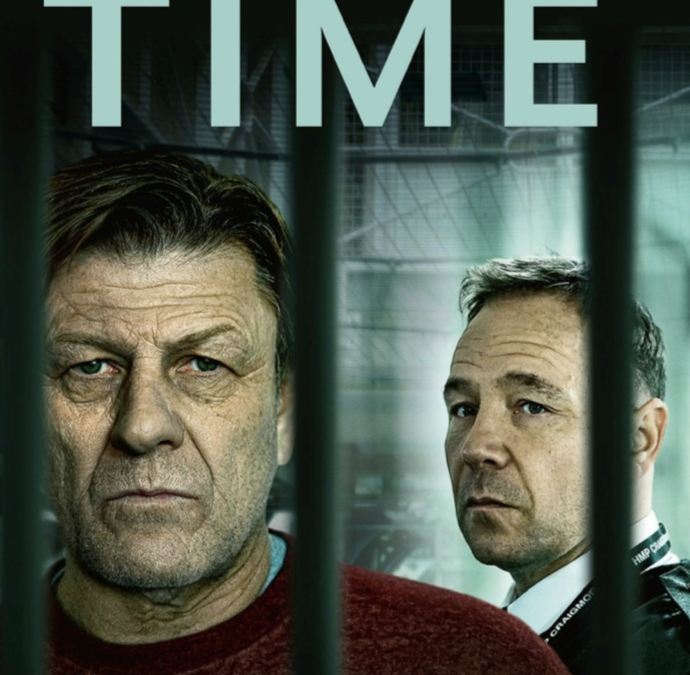 Prisoner is out now!

I have to say that I really enjoyed this show. Beforehand, I wondered if having been a prison officer, it would make me focus on the procedural howlers of which they were a few, but it didn’t. The acting, from the stars to the supporting cast, were so convincing, so authentic, that it could almost have been a documentary.

The scene at the start in the prison transport van was common. For many, that is the moment it becomes real. They step off the van in tears and are still stunned when they are locked away in their first night cells. Although it’s highly unlikely that Sean Bean would have then been put in with someone so clearly unstable the following night. Prisons are short-staffed but those staff aren’t stupid.

Having said that, though, the prison I worked in, HMP Peterborough, was well run when I joined. But the tales you heard or read about at the same time from places like HMP Birmingham when G4S ran the jail were hard to believe.

There are links at the bottom if you want to read more, but it makes me wonder if perhaps some other prisons were as bad as this programme led you to believe. Eventually the government had to take HMP Birmingham back into state control. The stats, such as assaults going up five-fold, were hard to fathom. It’s real lives that were lost, and lives changed on both sides of the bars

So many aspects of this short series were absolutely spot on, such as the great work Chaplaincy do. The scenes of violence, bullying, hopelessness, drug taking and remorse were also accurate. A well-run prison would still see all of these things but on a much lesser scale. They would also deal with them better.

Officers are trained to spot bullying. Many a time I gave the leftover food to prisoners who I suspected of going hungry. The perpetrators would have been moved on to other jails (ghosted) or separated to different wings, but prisons are by definition desperate places.

Think of how you cope with life: see your friends, cold drinks on a summer’s day, cook, family, exercise, reading, peace, quiet, walks on beaches, runs through forests and parks, etc. Being incarcerated removes or seriously diminishes all of those avenues. Despite what was going on in this show, even smoking has been banned in all UK prisons since 2018. 70% of inmates have some form of mental health illness before they arrive. What happens when all these coping mechanisms are then removed?

Yet I believe that male prisons are the answer for most of the people who get sent there. There must be a punitive aspect for many serious crimes prosecuted in Crown Court, and the magistracy doesn’t usually send anyone to prison until they’ve repeatedly broken the law and not accepted help. As they said in the show, the punishment is being sent to prison. Not to be punished in prison when you get there.

What is wrong is what’s often done with the inmates within. Locking them up for 22 hours a day is barbaric, which is what must have happened during the pandemic. Teaching them new skills and setting them up to change is a much better plan or otherwise you release them to repeat the same mistakes.

Although It’s also fair to say, as Stephen Graham comments in the show, that a significant proportion of the people in prison should be in a psychiatric hospital of some kind. They may well not have needed to be inside in the first place if they’d been able to access mental health support in a timely manner in the community when it was needed much earlier in their lives.

It was an element I focused on in my book, Prisoner, which is set on the female side of HMP Peterborough. It was much easier to have sympathy for those types of people, as opposed to the men who had sold drugs, robbed banks and businesses, committed financial scams and burgled houses.

It’s perhaps timely to remind ourselves that every time we get in our cars to drive, we have a serious responsibility to every other person who is on the roads and pavements. It’s the easiest way a normally law-abiding person can find their lives altered irrevocably.

A final point, which is a SPOILER if you haven’t watched Time yet, is that prison management are well aware that inmates will try to turn staff members and get them to bring in contraband. It is an incredibly dangerous and stupid thing for an officer to do because they nearly always get caught. Even if they don’t, it’s guaranteed that their colleagues will get injured dealing with the inevitable spice attacks.

In this programme, it was brought to the Governor’s attention immediately. When the relative was moved to a different prison and was still assaulted, it showed an incredibly serious loss of security. Where was the information coming from? This was never explained. Stephen Graham’s character would have been sent home pending an investigation. They knew he was vulnerable to being got at.

Even if he was left to carry on working, when a large amount of drugs hits a wing like the first time he folded, it would be obvious to all. There would have been ambulances queuing up outside to take the spice victims away. The Security department would also know it was most likely brought in by an officer because inmates can only smuggle small amounts in.

Then it would have taken the Security department about ten minutes to realise who was the most likely person to have been turned on that wing. Instead, it took this prison two years. Still, it was hugely entertaining and generally well-researched. I suspect experienced police officers roll their eyes at my detective novels.

And I could watch Bean and Graham in a gardening show and be entertained.