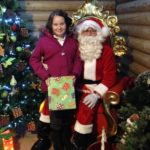 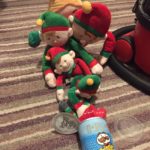 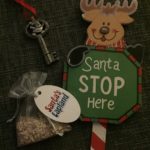 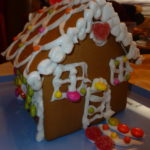 This novel is all about Tara Porter, the owner/manager of a gorgeous café on Whitsborough Bay’s Castle Street – The Chocolate Pot. It’s not purely a Christmas novel as the story enfolds over the course of a year. However, it starts on Christmas Eve and concludes on Christmas Day the following year so there is plenty of focus on the festive period for those who enjoy their Christmas reads.

Tara appears to embrace everything about Christmas. She decorates the café in early November, stocks up on seasonal-flavoured hot chocolates, fills the café with amazing festive home-baked goodies, and provides hot drinks to the traders for their Christmas lights switch-on. Business-wise, it’s the best time of year. Personally, it’s the worst. On Christmas Day, Tara hides away from the world with only her giant house rabbit, Hercules, for company. Something that happened in her past makes it difficult for her to trust people. If you don’t let them in, they can’t hurt you.

Christmas is often a time of year for traditions. Most individuals/families have them and they can evolve over time as families expand and traditions are combined. Where to put up stockings, having Christmas boxes on Christmas Eve, what to leave out for Santa/Rudolph, seeing Santa in a local store or stately home, Christmas crafts or baking, when to put the tree up and having an elf on the shelf are just a small number of traditions which some families do or don’t embrace. We don’t have Christmas Eve boxes, for example, but we have six elves who create all sorts of mischief!

Tara is no exception when it comes to Christmas traditions and we get some insight into the ones she followed as a child and the impact these have on her now. She has since developed her own traditions to cope with Christmas Day alone. When I wrote those scenes, it was heart breaking imagining someone being all alone at Christmas when I’m so used to being surrounded by my immediate family. It helped me appreciate that not everyone loves Christmas and there are many who spend it alone for whatever reason. Like Tara, they probably have their own traditions as to how the day is spent.

I mentioned the Christmas lights switch-on earlier. This is a tradition I’ve created for Whitsborough Bay which is mentioned in each of my Christmas books. Whitsborough Bay is predominantly modelled on my hometown of Scarborough where, each year, there’s a big event outside the small shopping centre. The local radio station build up the excitement for the crowd before switching on the tree lights and the rest of the decorations around town. I still have this aspect in my books but have created a special event in the park at the end of Castle Street just for the traders where they have their own smaller tree and can celebrate the start of Christmas trading together. I’ve never actually been to the switch-on in Scarborough and therefore the description of the switch-on comes purely from my imagination around what I believe would be extra magical at that time of year.

I hope you’ll take a journey to Castle Street this Christmas to find out what traditions Tara has and why she is hiding from her past. I’d encourage you to read Christmas at Carly’s Cupcakes first, though. Carly and Tara have businesses next door to each other and are good friends. Starry Skies Over The Chocolate Pot Café picks up where Christmas at Carly’s Cupcakes ends so, although you can read them the other way around, you will find spoilers for Carly’s story if you read Tara’s first. 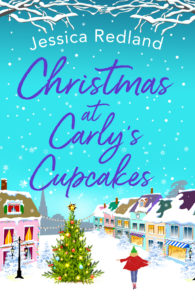