‘The House by the Sea’ Travel Blog – Louise Douglas 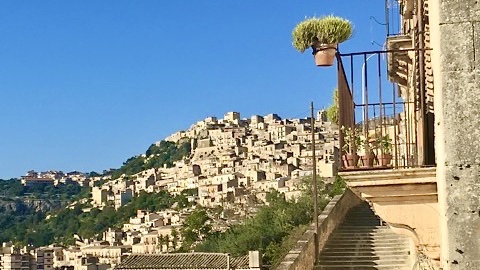 Louise’s Sicily Blog for The House by the Sea. 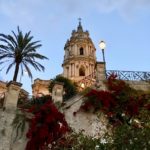 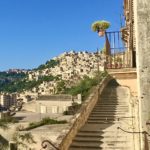 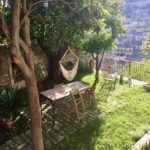 My latest novel, The House by the Sea, is set on a fictional headland amongst the real places on the south westerly coast of the island of Sicily.

I chose Sicily for the location because it’s one of my favourite places in the world. I don’t know of anywhere else that offers such an incredible and interesting mix of history, culture and scenery, fantastic food and drink, as well as some of the most beautiful coastlines.

Because it’s been invaded and settled so often, there’s a diversity to everything from the ancient ruins to the street food. The more recent history, shaped by earthquakes, Mafia activity and lately refugees, is just as interesting.

We flew to Palermo the first time we travelled to Sicily and stayed in a small seaside resort, San Vito lo Capo, since then, we’ve tended to go south, flying to Catania and exploring the region around Siracusa. We’ve never climbed Etna, nor have we visited the Aeolian islands, two of which are active volcanoes, but those are next on the list.

The people of Sicily are friendly, hospitable and helpful. I’ve learned a little, basic Italian, but we’ve never struggled, and translation apps make things easy these days. Once we found ourselves in the busy, dusty city of Gela, well off the tourist trail, trying to find a replacement gas bottle for the cooker in our rented apartment, and a stranger we asked for help in a supermarket and who didn’t speak a word of English ended up arranging for us to meet her brother in a different part of the city; the brother unloaded the canister into the back of our car and wouldn’t take any payment. That’s the sort of kindness we encountered often.

Sicily has had a turbulent history, but it’s now a place where I feel at home. We’ve eaten incredible meals in tiny restaurants tucked away in gardens, just two or three tables amongst the lemon trees and lots of small plates of food brought out when it was ready. We’ve sat on deserted beaches and watched the moonlight twinkling on the sea. We’ve explored enormous, spectacular ancient ruins, that compare with anything to be found in Rome or Greece, without another soul in sight. And we’ve wandered through those wondrous southern cities, Modica, Scicli and Ragusa and been amazed that they’re not the most famous cities in the world. These are the best places to enjoy a glass of cold beer at a pavement café, or to open the door of some tiny church, not knowing what marvels will emerge when your eyes adjust to the darkness inside, or to soak up the atmosphere at a fiesta, or to clap along at a spontaneous singalong on the terrace of a popular local pizzerias.

For people interested in all things Sicilian, I can recommend, as a starting point, www.larosaworks.com. Karen La Rosa loves Sicily and is immensely knowledgeable. She also has a Facebook page with some excellent links if you check out my Facebook page, it links to hers. Another good one is Salvo Ferrara which has spectacular drone footage of Sicily. The Montalbano fan pages are also worth a look.

The House By The Sea is out now in ebook, audiobook and paperback. Grab your copy now by clicking on the cover below. 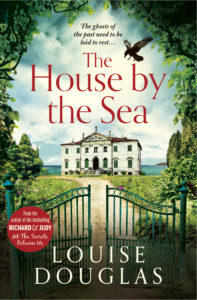 The House by the Sea cover.