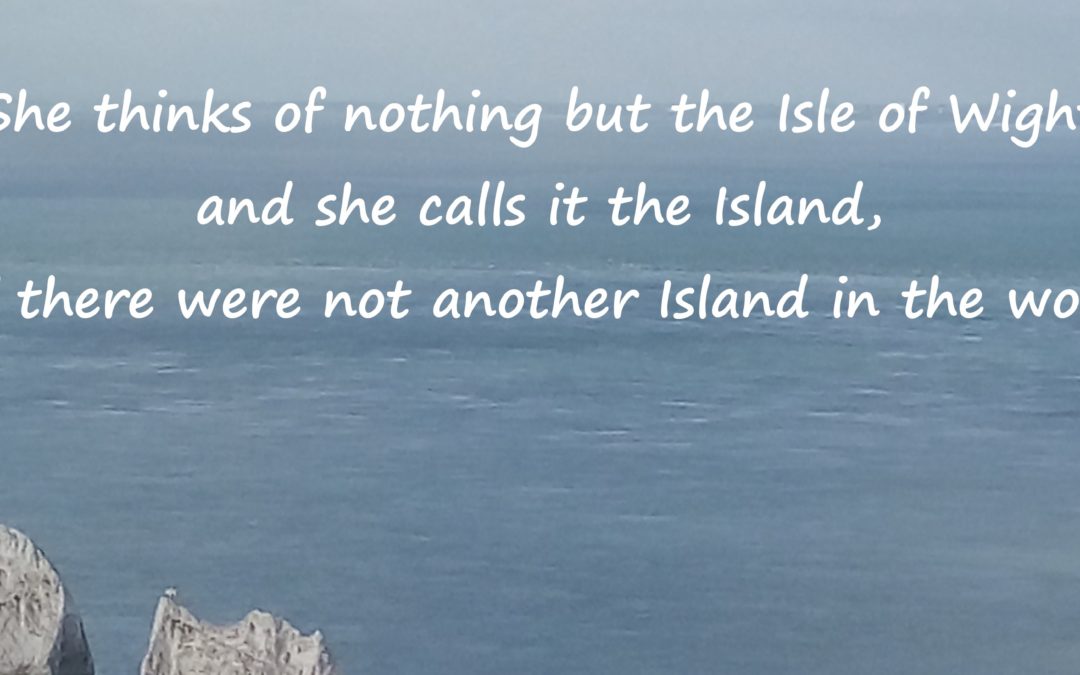 The Isle of Wight by Mary Grand 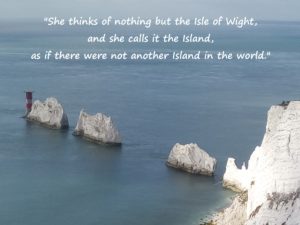 ‘Do you live in a house, you know, like over here? Do you have your own currency? Do you need a passport?’

So, what is it really like to live on the Isle of Wight, and why is it such a special place to set a novel?

I moved here over twenty years ago and have grown to love this small, diamond-shaped island. It may only be about 23 miles from end to end but, as J B Priestly said, ‘It begins   magically enlarging itself for you.’ For all the miles the family and I have walked with our cocker spaniel Pepper, we are still in awe at the beautiful beaches, downs and woodland. Every time I go out, I discover something new.

I don’t think I fully grasped when we moved here how different it would be living on an island.  The ‘mainland’ is not so far away, ten minutes on a hovercraft, about an hour on a car ferry. However, that stretch of water can cut us off from extended family, holiday destinations, large hospitals and shopping centres. In really bad weather the mainland is completely cut off. It is natural that the island should be a small, close-knit community with a strong sense of identity.

Nature thrives; species like the red squirrel can survive here; we have 17 kinds of bat and our own Glanville Fritillary butterfly. The coast is stunning, and it is always possible to have at least a short stretch of beach to yourself, or to walk on deserted downland. You can find traces of dinosaurs from 125 million years ago, such as their footprints at Hanover point.

The island has its own dictionary: words like “nipper” for a young child or friend, “caulkhead” for an islander, or “overner “for someone who moves here. It has its own food. Believe it or not doughnuts were said to have been created here! (That must be true: they talked about it on The Food Programme on Radio 4). The island has also traded in garlic for hundreds of years and we have a garlic festival each year (anyone for garlic ice cream?).

The island is not some idyll, divorced from the twenty first century. We do live in normal houses and, no, you don’t need a passport or special currency to come here. We have our share of social problems and a fragile economy. However, when people step off the ferry, most would say they feel they have come somewhere quieter, gentler, with a slightly slower pace of life.

Usually the pace picks up in the summer months as tourist arrive. This year though is different and under lockdown the message is for visitors to stay away.

The island is part of me now. The villages and people I create in my novels may be fictitious, but they are rooted in the real island, in particular on the slightly wilder west side of the Island. Many places and landmarks will be familiar, and the story is soaked in the atmosphere that makes the island unique. The island is so much more than a backdrop. It is, in a sense, a character in its own right within this story.

The House Party is the story of secrets, lies and murder among a close group of friends. The island, with its sense of remoteness and isolation, is a perfect setting for the story.

The main character in the novel, Beth lives in Castleford. This is a village I have created. Its geography is similar to the village of Carisbrooke. I mention Carisbrooke Castle, the church, the Shute (lane) down to the fords. The people, of course, are all fictitious. Other places featured in the story are Tennyson Down, Shepherd’s Chine, the prison, the hospital, and my favourite place of all, Mottistone Down.

Mary’s upcoming novel, The House Party, will be published in ebook, audiobook and paperback in August 2020.