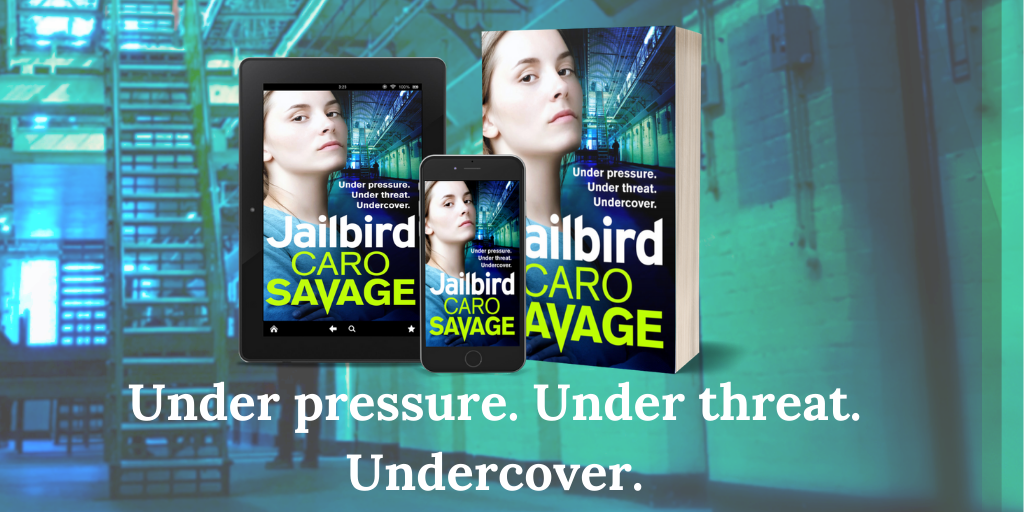 If you liked Jailbird, you’ll love these films and TV series…

As you might imagine I’m a huge fan of crime-related films and TV shows and a lot of that enthusiasm found its way into Jailbird, my story about a police detective called Bailey Morgan who goes undercover as an inmate in a tough women’s prison.

If you’ve read Jailbird and you’re yearning for things of a similar ilk then I’d like to share some of my top recommendations with you.

First up, TV shows. If you’re in for the long haul then you could do worse than invest your time in the following series:

Orange is the New Black: This massively popular Netflix original series won a whole ton of awards and for good reason. Following the adventures of Piper Chapman, a middle-class woman locked up for drug trafficking, it immerses you totally and completely for seven whole seasons in the lives and tribulations of a whole array of characters – both inmates and prison guards – as well as making a wider commentary on the nature of the US prison system. And did I mention, it’s funny as well!

Line of Duty: Unbelievably twisty and turny BBC series about a police anti-corruption unit. Who’d have thought being in the police could be as exciting as this? Nefarious corrupt cops, heinous gangland villains, thrilling shootouts, shocking betrayals… this is police procedural on steroids.

Killing Eve: If it’s female baddies you’re looking for, then look no further than professional assassin Villanelle. She isn’t just deeply evil, she’s also deeply appealing, which is part of the reason why this TV espionage show is so good. The strong female characterisation is also accompanied by a generous dose of humour courtesy of writer Phoebe Waller-Bridge (of Fleabag fame).

Wentworth: Tense and powerful drama set in the Australian prison of Wentworth, this modern-day update of Prisoner Cell Block H follows inmate Bea Smith, imprisoned for the attempted murder of her husband, as she navigates life inside and manoeuvres herself up the jail hierarchy.

Miami Vice: This ground-breaking TV series from the 1980s set a new bar for cop shows with its gritty and stylish direction. Miami police detectives Crockett and Tubbs (played by Don Johnson and Philip Michael Thomas) must go undercover as high-level drug dealers along with all the requisite accessories, from designer clothing to high-performance cars, accompanied of course by an awesome 80s soundtrack!

Next up, films, because maybe you’re just looking for something to pass a single evening, in which case you can’t go far wrong with any of these:

The Departed: Superb crime epic with a cast to die for. Leonardo DiCaprio is the undercover cop who infiltrates Jack Nicholson’s Boston crime mob, but it’s Matt Damon who’s the real villain because it’s not just cops who go undercover, sometimes the baddies do too…

The Shawshank Redemption: Not just a top prison movie, for a lot of people it’s their favourite movie full stop. Chronicles the friendship over a long period of time between Tim Robbins’ former banker serving life for murder and Morgan Freeman’s prison fixer. It speaks to a lot of people on a lot of different levels and is much more than just a simple feel-good film.

Reservoir Dogs: Classic undercover cop movie which depicts the bloody aftermath of a jewellery heist gone wrong. With some very quotable dialogue and some very memorable scenes this is proper tour de force filmmaking which made Quentin Tarantino into a household name.

Miss Congeniality: Not all undercover cop movies have to be serious! In this super-entertaining comedy, Sandra Bullock plays a tomboyish cop who has to pose as a contestant in a beauty pageant to stop a bomber who’s planning to blow it up.

Shot Caller: Underrated recent film starring Nicolaj Coster-Waldau (Jaime Lannister from Game of Thrones) as a businessman and family man who is sent to prison for a lethal drink-driving accident and in order to survive is forced to transform himself into a powerful prison player or ‘shot caller’.

Animal Factory: Gritty prison drama based on the classic book written by reformed ex-con turned author and actor Edward Bunker (who incidentally features in Reservoir Dogs). It follows the relationship between Willem Dafoe’s mature convict and new inmate Edward Furlong who he takes under his wing.

Death Warrant: Mega-enjoyable action thriller which has Jean-Claude Van Damme as a policeman who goes undercover in a prison to solve a series of murders, eventually bringing him face-to-face with the psychotic serial killer who killed his partner some years earlier.

Caro Savage’s book Jailbird is out now in ebook, audiobook and paperback.

Get your copy today by clicking on the cover below.