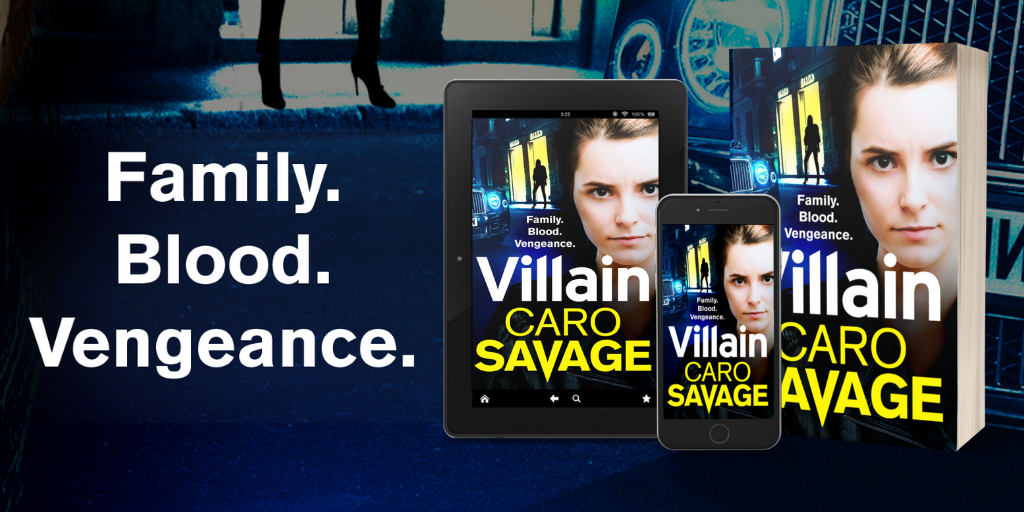 More Deadly Than The Male: Top Women Gangsters On TV

If you read my new novel Villain you’ll find out that female gangsters play a big role in Detective Constable Bailey Morgan’s next undercover assignment.

When it comes to depicting gangsters in film and TV, we can all think of plenty of male characters – from Tony Montana (‘Scarface’) to Tony Soprano (‘The Sopranos’), from Harold Shand (‘The Long Good Friday’) to Jack Carter (‘Get Carter’). But how many female screen villains can you name?

To help you out (and hopefully provide you with some entertainment ideas if you’re stuck for something to watch) I’ve put together a select list of TV shows featuring some top women gangsters. And if these ladies are anything to go by, they’re proof of Kipling’s adage that the female of the species is more deadly than the male. So without further ado…

If it’s revenge you’re looking for, along with a near-psychopathic protectiveness of family, then look no further than Marian Wallace, matriarch of the Wallace crime family in ‘Gangs of London’. This awesome and violent Sky Atlantic drama charts the tribulations of the Wallaces as they navigate the treacherous waters of the contemporary London underworld following the murder of Marian’s crime-lord husband in a gangland hit. Marian Wallace is not a woman you want to cross!

A good crime matriarch might not necessarily be the actual boss of the family but she’s ultimately the one who calls the shots, as is the case with Elizabeth ‘Polly’ Gray in ‘Peaky Blinders’, the massively popular BBC drama following the exploits of the Shelby gangster family in interwar Birmingham. Although Tommy Shelby is the official head of the family, the only person he really trusts is his aunt Polly. She functions like a mafia consigliere, and with her innate shrewdness and cunning she’s the real power behind the throne.

Having a gangster for a mum doesn’t make for a great role model so it hardly comes as a surprise if the whole family turns out to be dysfunctional. Janine ‘Smurf’ Cody is the ruthless and twisted matriarch of the Cody crime family in ‘Animal Kingdom’ who exerts a toxic, manipulative, and almost incestuous influence over her four adult sons. The TV show is set in Southern California, and is a remake of a 2010 Australian film which is itself based upon real-life characters and events from the Melbourne underworld. Be thankful you’re not related to Janine ‘Smurf’ Cody!

There are times in life when you’ve got to step up to the plate and if that involves becoming the leader of an international drug trafficking organisation then so be it. Teresa Mendoza does exactly that in ‘La Reina del Sur’, a Netflix show charting the rise to power of a Mexican woman in the dangerous world of narcotics distribution following the gangland execution of her drug cartel boyfriend. Sometimes a woman’s gotta do… what a man’s gotta do. And when it comes to being a powerful gangster, Teresa Mendoza shows us that she’s just as capable as any man, if not more so!

So there you go. Four female gangsters. And lots of TV to watch. Enjoy!