Writing Fiction When The World Stops… 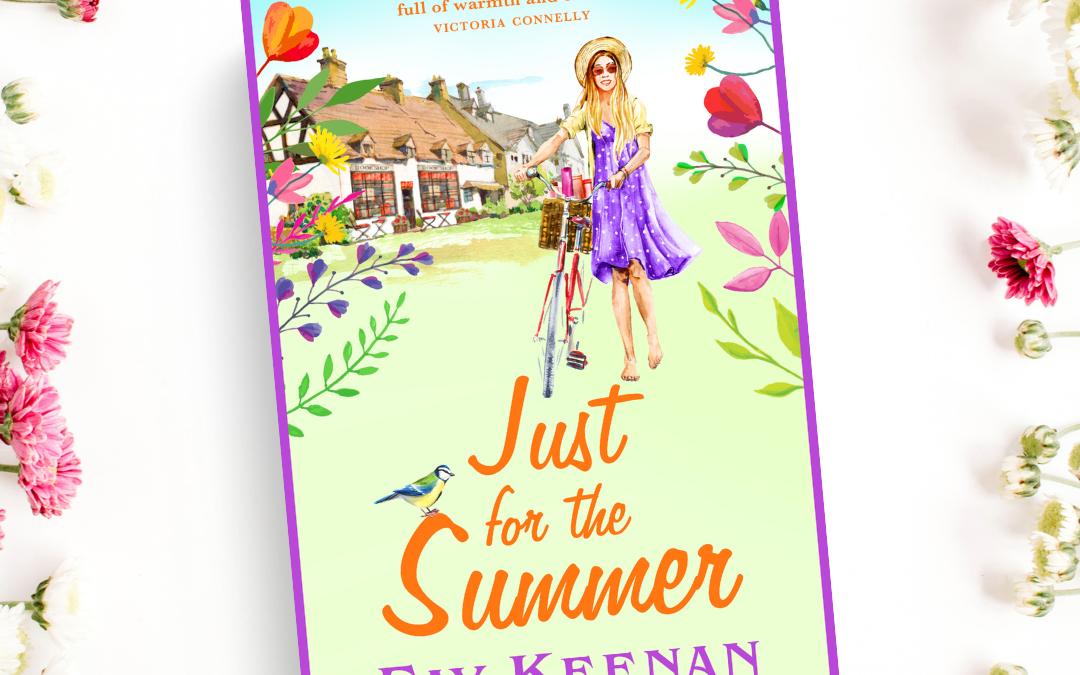 (or, how not to be a writer during a global pandemic!!)

I wrote most of Just For The Summer during the autumn of 2020, which, as I’m sure no-one needs reminding, was bang in the middle of a global pandemic. It really wasn’t meant to be that way!

Turn the clock back to February 2020, and I was feeling pretty darned pleased with myself. I was thirty thousand words into a book that wasn’t due for another year, we felt like we were getting through another winter and I finally felt as though I might actually finish a novel with time to spare. As someone who tends to write right up to a deadline, this was unknown, and pleasing territory.

Then the world, as we knew it, stopped turning.

The week before lockdown, I’d breezily reassured my Year 11 class that ‘of course you’ll all be sitting your exams, folks, now get down to it and revise The Sign of Four.’ Little did I know that a few days after that, I’d be sent home, with the rest of the country, and told to teach online, exams would be cancelled and along with keeping up with students who were also in lockdown, home schooling my own children and adapting to a life that was mainly within the four walls of our house, I’d also have to finish a book.

Of course, my challenges were nothing compared to the losses and hardships suffered by many thousands of people, and for that I’m so, so grateful, but this change in working patterns took its toll. The three clear days a week I’d had to write while the kids were at school all but vanished; the house was occupied 24 hours a day by three other people who, up until now, left me alone regularly. Now, we became the centre of each other’s universe. Days became punctuated by mealtimes, and trying to get things done while the kids were occupied. Our mental health began to deteriorate. We all spent too much time online, and trying to get to grips with such a dramatic lack of routine. And for the first time since I’d starting writing books, I couldn’t write.

Weeks went by in a haze of home schooling, home teaching and rather more alcohol than was good for me (I drew the line at home brewing!). The book was at a standstill. I’d lost sight of the characters, the plot, the purpose…it was hopeless. By August, all of my airy dreams about delivering this book early had pretty much evaporated. Just hang in there until September, I thought grimly. We’ll be back to normal by then.

And, to a point, when schools reopened in September, things did pick up. I was still shattered, physically and emotionally, but when I finally cracked open the manuscript and took a look, it wasn’t all bad. I could work with it. I just didn’t know what the heck it was all about. I’d literally lost the plot.

But, as any writer knows, the only way out of writers’ block is to write. So I gave myself permission to do just that. Slowly but surely, the word count on the draft grew, and, in late November, I put my finger on the theme of the book, which was something that had eluded me up until then. I like to at least have a vague notion of the big picture ideas I’m trying to capture in a novel; whether it’s head versus heart (A Place To Call Home), putting down roots (Snowflakes Over Bay Tree Terrace) or the long term effects of grief (my, as yet, untitled next novel), I like to be able to put my finger on what makes the book tick. And when I realised what it was this time, I laughed out loud at just how blindingly obvious it was. Just For The Summer, the lockdown book that was so difficult to write, is all about family. Well, it stands to reason, really, doesn’t it? After five and a half months in lockdown with my own husband and children, what else could it be about? So, from Kate’s desire to move on from a divorce and create a future for her three sons, to Harry’s unresolved issues about starting a family of his own, to the Ellis siblings all discovering that, as adults, they quite like spending time together, this book is about family dynamics, big and small, complex and simple, happy and sad. I hope you enjoy spending some time with the different families in this book, and that perhaps some of the things I’ve written about in Just For The Summer will resonate, after arguably the strangest year of our lives.

#TeamBoldwood outside the beautiful Fulham Palace

🌾 OUT TOMORROW 🌾 Resistance has a price, and

⭐️ OUT NEXT MONTH ⭐️ #YouOnlyLiveOnce by @

Sloe Cottage is keeping secrets which refuse to st

Two siblings, both missing for 20 years turn up wi

Less than a week to go until @erinlitteken's brand

📚 OUT NEXT WEEK 📚 'At the heart of this book

As the saying goes - you only live once - and bein